Coinciding with the 23rd annual exhibition of Sculpture by the Sea, Bondi and presented in partnership with  Jupiter Artland, an award-winning contemporary sculpture park located in Scotland (UK), the Sydney Sculpture Conference explored the significance of site when creating, curating and commissioning sculpture.

A diverse group of over 200 attendees in Sydney heard from keynote and invited speakers facilitated by Stephen Bradley, Manager Transfield Art Collection. 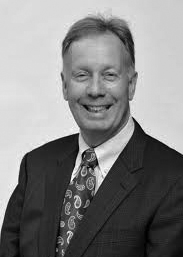 Formerly Senior Curator of Sculpture at the National Gallery of Victoria, Geoffrey Edwards was Director of the Geelong Art Gallery from 1999 to 2016. He is advisor on sculpture to public and private collections and is widely published in the field. He was responsible for major national and international surveys of contemporary sculpture presented under the auspices of the Australian Sculpture Triennial series. He is Artistic Advisor for Point Leo Estate Sculpture Park and he is a member of the Curatorial Advisory Panel for Sculpture by the Sea. 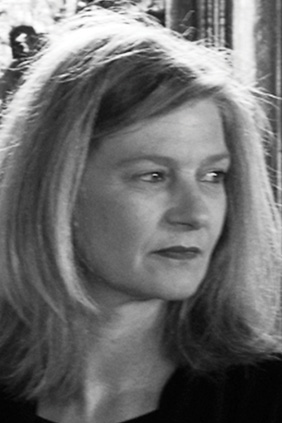 Louise graduated from the Western Australian Institute of Technology with a Bachelor of Fine Arts, Painting (1985) and completed a Postgraduate Diploma in Sculpture at the Victorian College of the Arts (1988).

Paramor has regularly exhibited her work nationally and internationally since 1988, and has been awarded several grants and international residencies including an Australia Council Fellowship at the Künstlerhaus Bethanien, Berlin, 1999-2000. In 2010 she won the prestigious McClelland Sculpture Survey and Award with her piece Top Shelf.

Recently the NGV has invited Paramor to take over a dedicated space of The Ian Potter Centre: NGV Australia with a specially commissioned installation involving a multitude of new paper sculptures that reference Paramor’s earlier artistic practice, in conjunction with a survey of her recent colourful plastic assemblages. The exhibition, Palace of the Republic, took place from November 2017 until  March 2018. 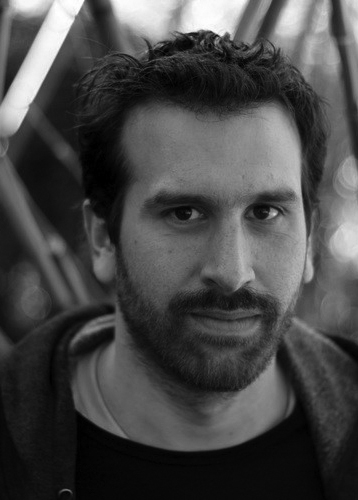 Chilean architect and sculptor Juan Pablo was born in Santiago in 1978. He studied Architecture at the University of Chile and holds a Masters in Sustainable Design from The University of Sydney, founded by the Chilean Government through the Becas Chile Scholarship program. Co-Founder of international collective Cave Urban, he started carrying out research in bamboo structures and vernacular architecture in 2011  He participated in a  series of bamboo workshops and cross-cultural exchanges in Thailand, Taiwan and Portugal. Throughout his career Pinto has had a close involvement with large scale installations and public sculpture. His work encompasses a wide spectrum of materials; from the traditional – steel and bronze, to the ephemeral – bamboo, ice and snow. He has represented Chile in several snow and ice sculpting competitions around the world including competitions held in China, Japan, Argentina and Canada. 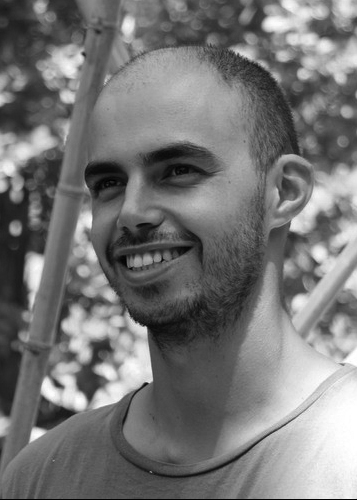 Jed Long studied Architecture at the University of New South Wales. Prior to joining Cave Urban, Jed spent several years working at PTW architects gaining experience on large scale urban projects. Jed has developed his passion for sustainable design through a series of workshops and cross-cultural exchanges in Thailand, China, Japan and Portugal. Jed views education and community engagement as a means to empower and inspire others to step beyond conventional architectural ideals. 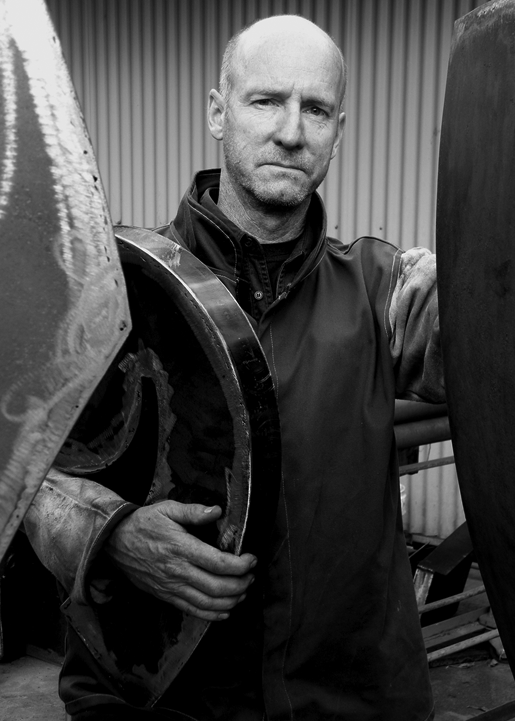 Spelman has a broad professional sculpture practice. He is activity engaged in exhibitions, commissions and conference programs, as well as technical management and consultation with national and international art studios, and educational programs. A sculptor for more than 30 years, Spelman works in both painted steel and unique cast bronze. He is a member of the Sculpture by the Sea Decade Club, having exhibited at Bondi 18 times as well as multiple times in both Cottesloe and Aarhus exhibitions. Awards include Helen Lempriere scholarship and the NSW Regional Art Acquisition Award. His sculptures are held in many public, private and corporate collections, nationally and internationally. Spelman was appointed a Director of Sculpture by the Sea in 2016.

Creating spaces and exhibitions which people are drawn to and collections that artists want to be in. The role of the curator in establishing and developing these collections and keeping them relevant. 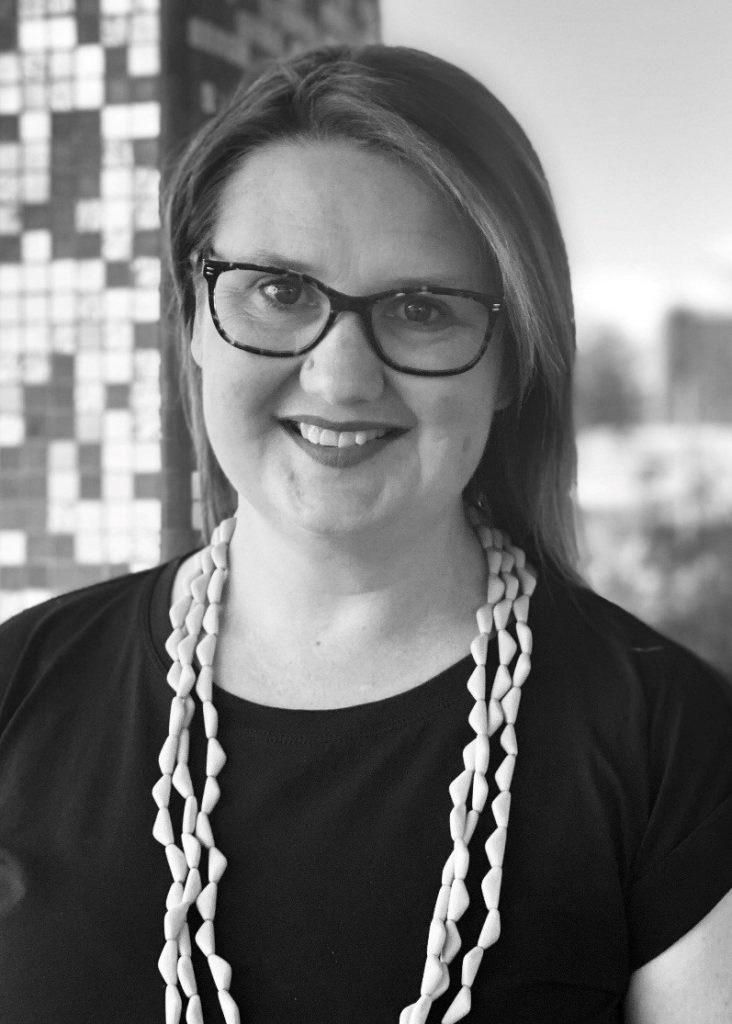 Angie McDuff has worked for the ACT Government’s arts portfolio, artsACT, for the past twelve years, firstly in Arts Infrastructure and now Public Art.  She oversees the ACT Governments Public Art Collection including the commissioning and acquisition of new works and management of the 117 sculptures in the collection. 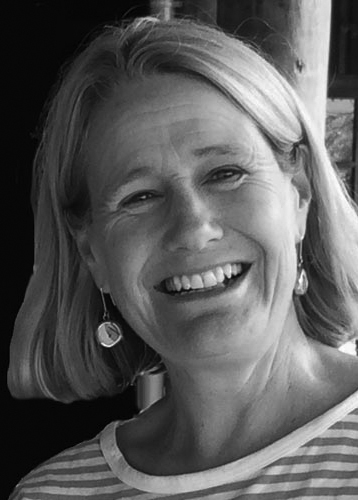 Based in Australia she travels widely to create her engaging ephemeral installations recently including Andorra Biennale 2019, GroundSpeak 2019 in the Netherlands, I-Park Site-Responsive Biennale 2019 in USA, The Story of Space in India, Museum of Goa, Global Nomadic Art Project in France, International Contemporary Sculpture Festival, Ukraine in collaboration with Yorkshire Sculpture Park and a regular at Sculpture by the Sea, Bondi, plus exhibiting through out the UK, Australia, Spain, Korea, France, New Zealand. Kidall’s practise spans over 35 years, completing a Master’s 2006 in the UK. 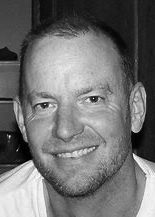 Peter is from Vermont in the New England region of the north-eastern United States. He worked for Mark di Suvero for a decade in the 90s in New York City. He started building site specific concrete works fifteen years ago and they have grown to a tremendous scale: twenty five meters high and hundreds of tons. His site specific sculptures can be found in Norway, USA, China, Germany, Sweden, Canada and Australia. 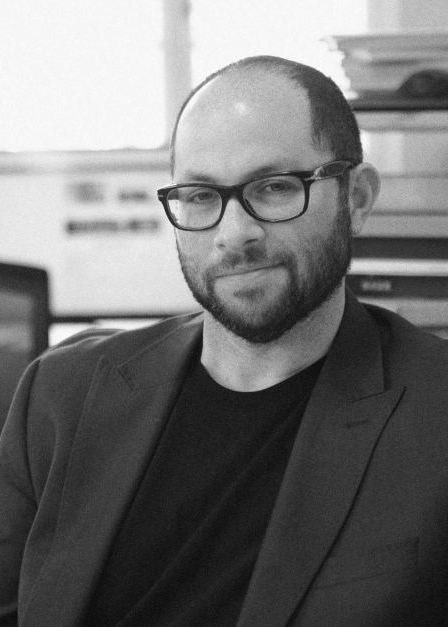 Office Feuerman is a design and research studio that develops immersive and playful experiences for cities. We are interested in creating vibrant spatial, graphic, visual and sensorial experiences – something extra-ordinary. 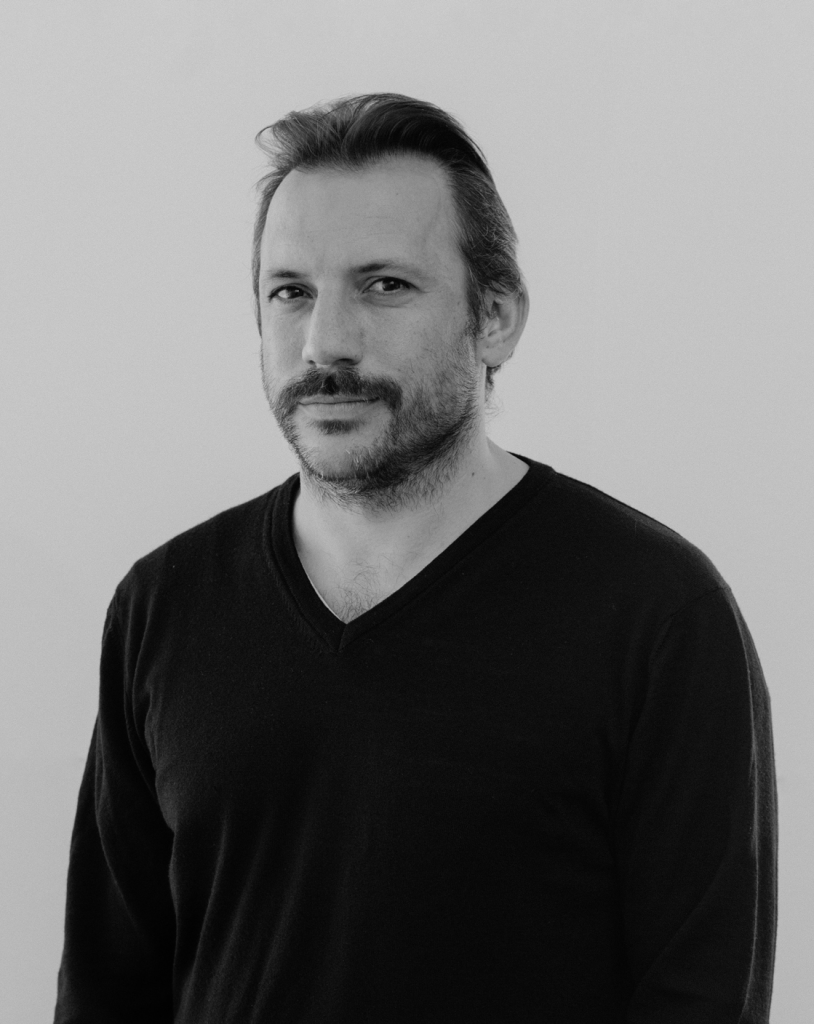 An interdisciplinary and inter-cultural collaboration made up of architects, botanical artists and ethno-botanist; hailing from such diverse places as D’harawal Country, Sydney, Spain and regional NSW. Together they call upon their academic, artistic, technical and Indigenous Knowledge systems. 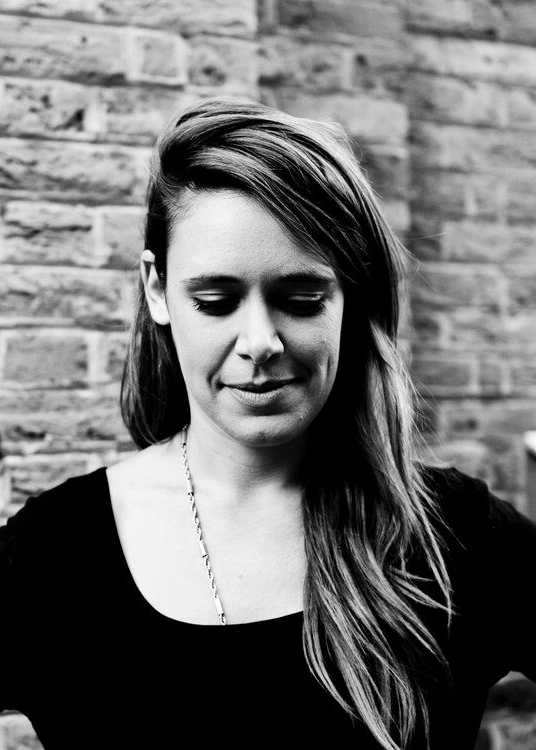 Lucy Humphrey works across the fields of architecture, art and design, with a focus on an innovative use of site-specific installation and the intersection between built forms and environments. She is a recipient of the Helen Lempriere Scholarship, the Allen’s People’s Choice Prize and Kid’s Choice Prize SxS Bondi, and has participated in Sculpture by the Sea, Bondi twice since 2009. 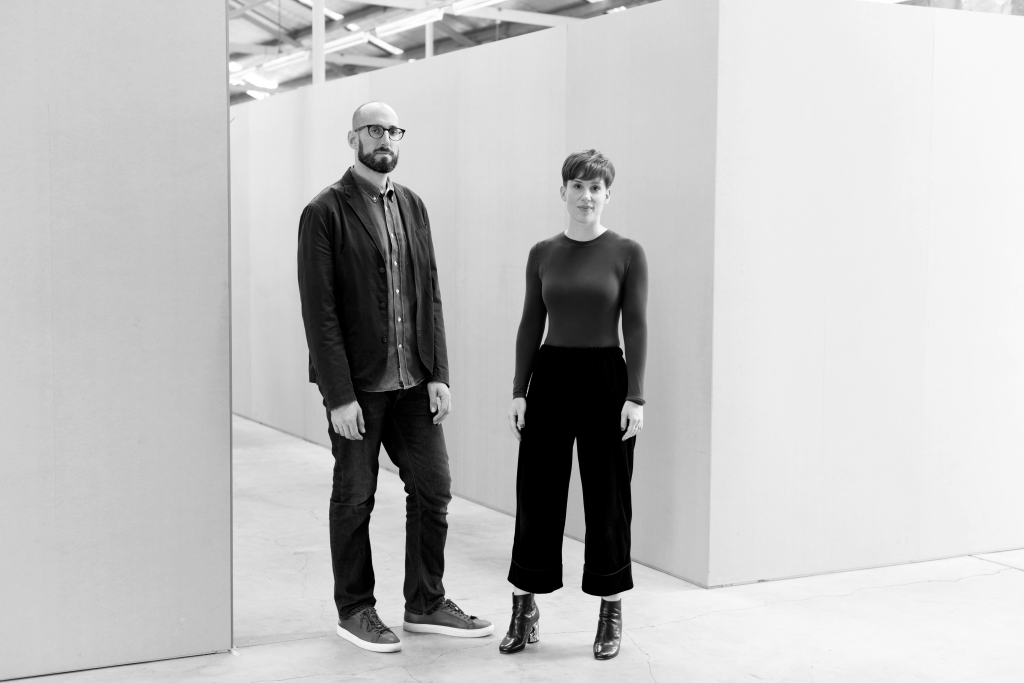 Other Architects are a contemporary architectural practice working across a wide range of project types, scales and contexts. Izabela Pluta is an artist that embraces photography as a way of interpreting and re-conceptualising the function that images have in the present. 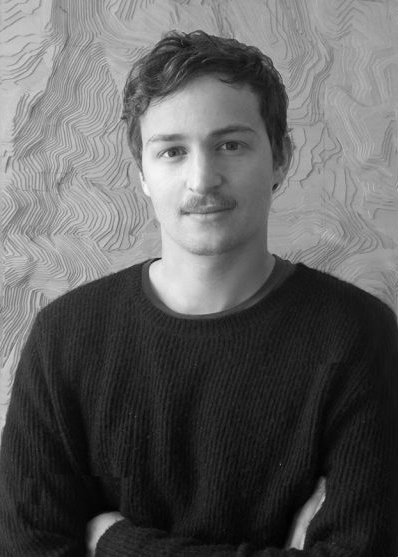 Raffaello Rosselli is a Sydney-based architect that strives to create architecture that is both grounded in place and unique, through the exploration of materiality and site. Through his work he explores the unconventional and overlooked materials to provoke discussion on our consumption and perceptions. 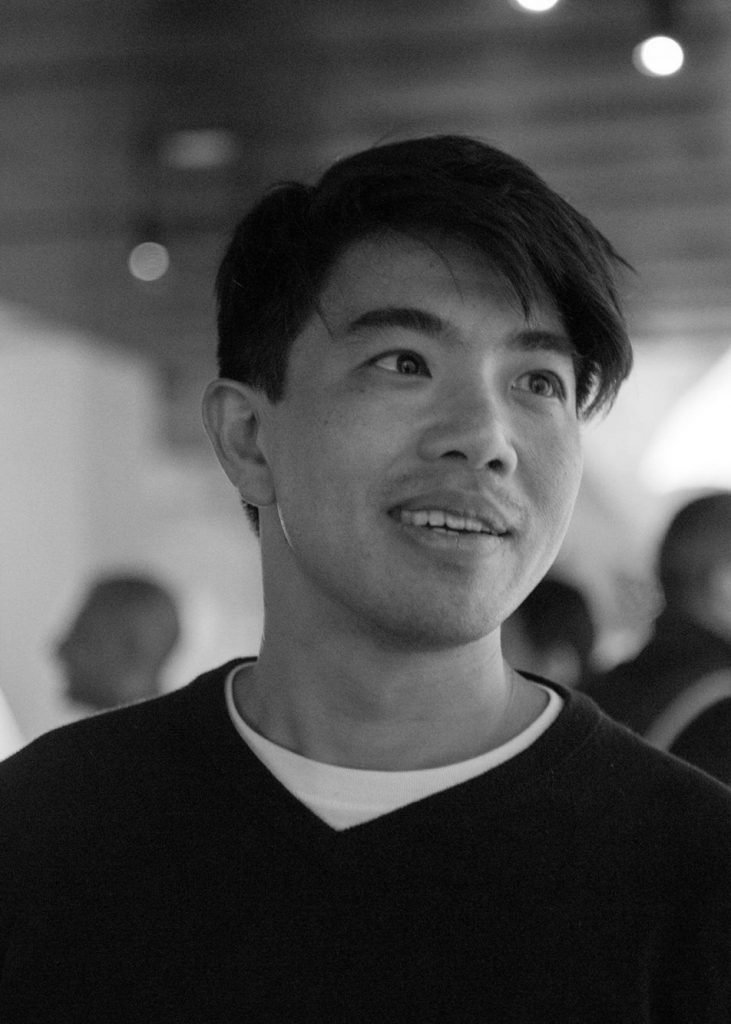 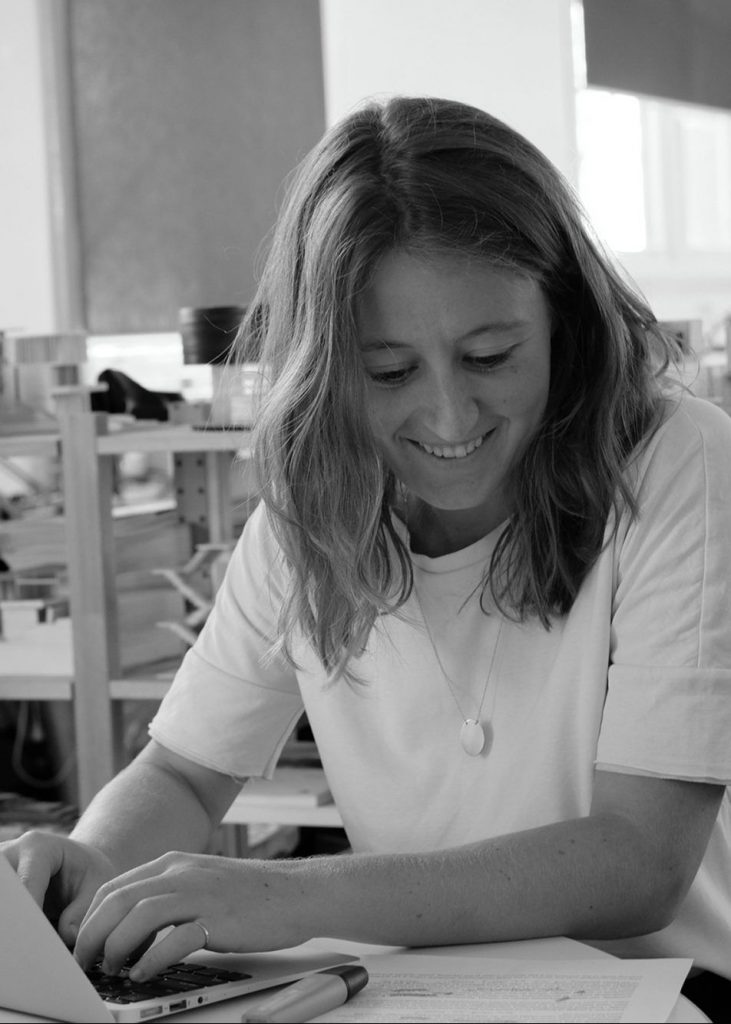 Scale Architecture is a collaboration between Matt Chan and Georgie Forbes-Smith. Scale Architecture’s mission is to build the best architecture, design spaces that inspire and innovate solutions for a green, liveable future. With exhibitions in Sydney, Singapore, Venice and Amsterdam. 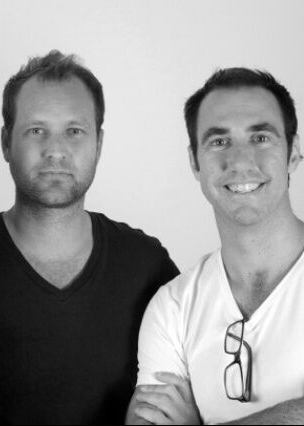 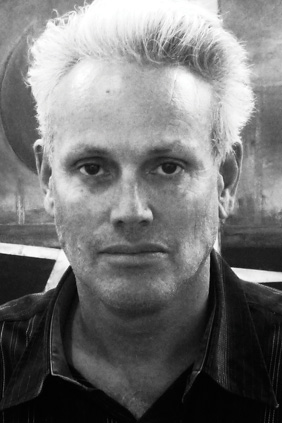 Stephen Bradley is a New Zealand-born artist, curator, writer and Corporate Affairs Manager. He moved to Sydney in 1983 and studied film at the School of Visual Arts. In 1988 he travelled to London where he worked as an artist, photographer, performer and director. In this time in London he was a trustee of two arts charities: The Art House and Cor Blimey Arts, which led to his curatorial work, highlights being group exhibitions at the European parliaments of Brussels and Strasbourg.

Relocating to Sydney in 2000 he joined Transfield Holdings as the company’s Art Collection Manager, a role he continues. From 2005 to the present he has also been Transfield Holdings’ Corporate Affairs Manager. In 2008, Transfield launched its Walsh Bay Sculpture Walk, which he continues to manage. Stephen recently completed a five-year stint as a Director of Regional Arts NSW, has been a member of the Transfield Foundation’s Advisory Committee.