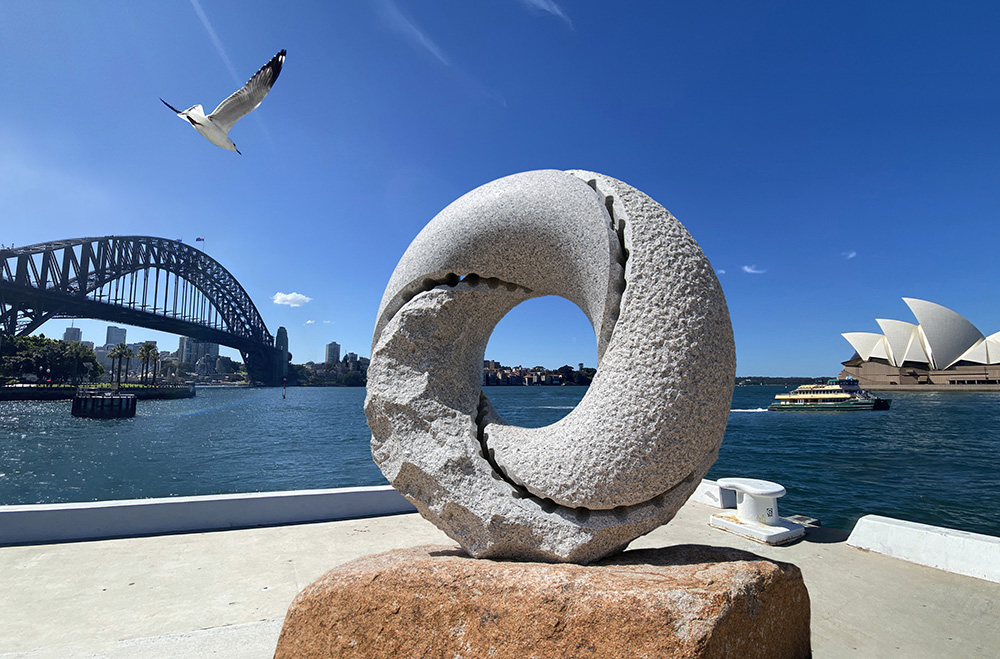 ‘Sculpture Rocks’ is an exhibition of Japanese sculpture presented by Sculpture by the Sea at Campbells Cove, The Rocks from 20 May – 3 June, 2021.

The exhibition featured 18 works by 14 Japanese artists including an ephemeral work by Akira Kamada, as well as works by Keizo Ushio, Takeshi Tanabe, Mitsuo Takeuchi, and Ayako Saito. The artists hailed from both Japan and Australia, including a number who were compelled to move to Australia due to the vibrant sculpture scene nurtured by Sculpture by the Sea, Bondi.

‘Sculpture Rocks’, a free outdoor exhibition of Japanese artists was presented by Sculpture by the Sea in partnership with Place Management NSW (PMNSW) and the Port Authority of NSW.

‘Sculpture Rocks’ was showcased along the stunning and popular Sydney Harbour foreshore area between the Overseas Passenger Terminal, along Campbells Cove, and ending at Hickson Reserve next to the Park Hyatt Hotel.