We are pleased to provide the following awards and subsidies for some of the artists in the exhibition. It is our aim to increase the support for each artist to cover their freight and to increase the minimum amount each artist receives towards their costs of exhibiting.

The team at Aqualand are delighted to congratulate Tony Davis on receiving the $70,000 Aqualand Sculpture Award for ‘Folly Interstice’ at Sculpture by the Sea, Bondi 2022. Chosen by the exhibition’s Judging Panel, the Aqualand Sculpture Award is an acquisitive award with the sculpture to be gifted for permanent public exhibition in North Sydney, for the people of Sydney and visitors to our city to enjoy for years to come.

RECIPIENT OF THE MAJOR PRIZE AT SCULPTURE BY THE SEA 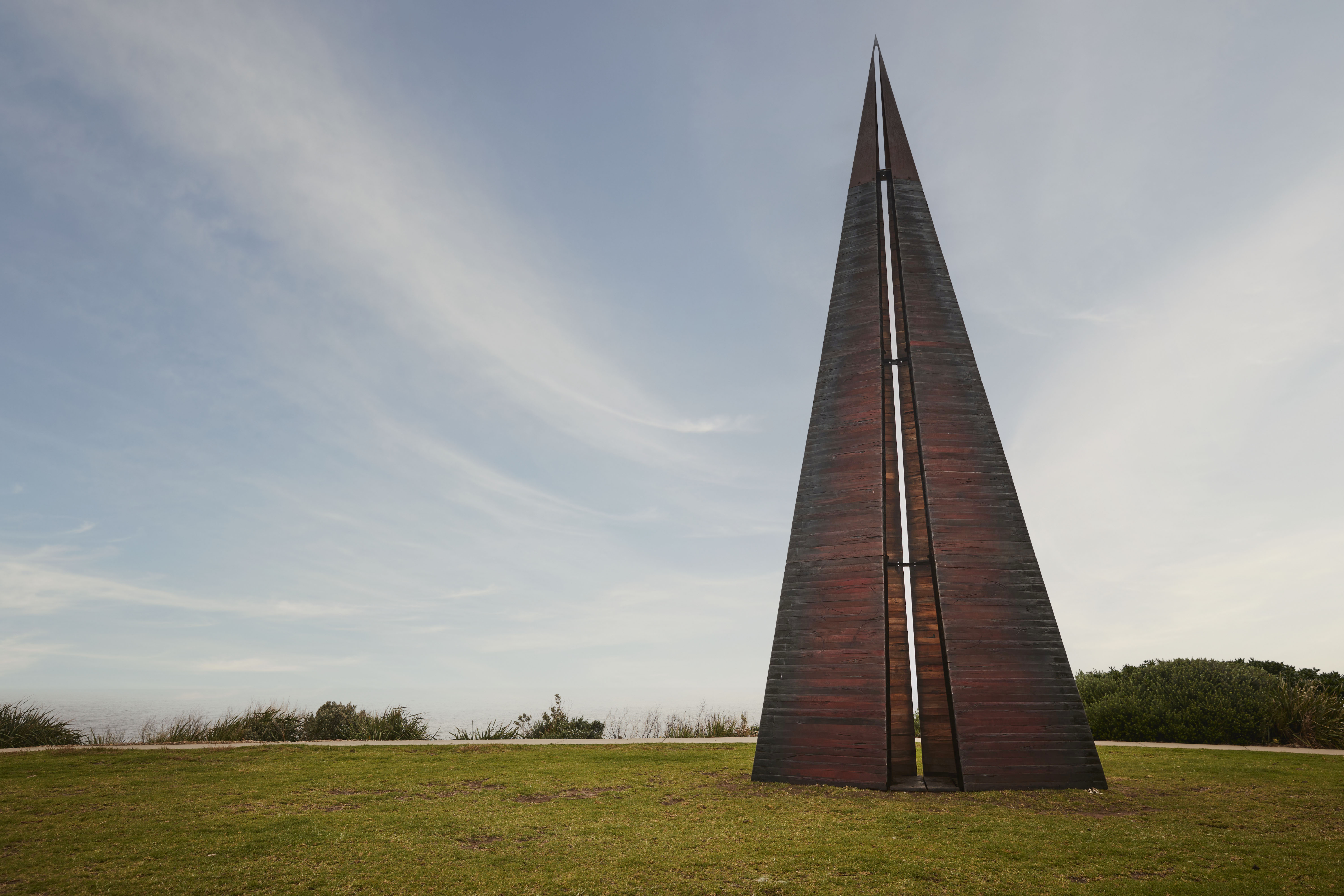 The 2022 Allens People’s Choice Prize of $5,000, as voted by visitors of the exhibition was awarded to Bruno Catalano (NSW) for his work, ‘Benoit’. 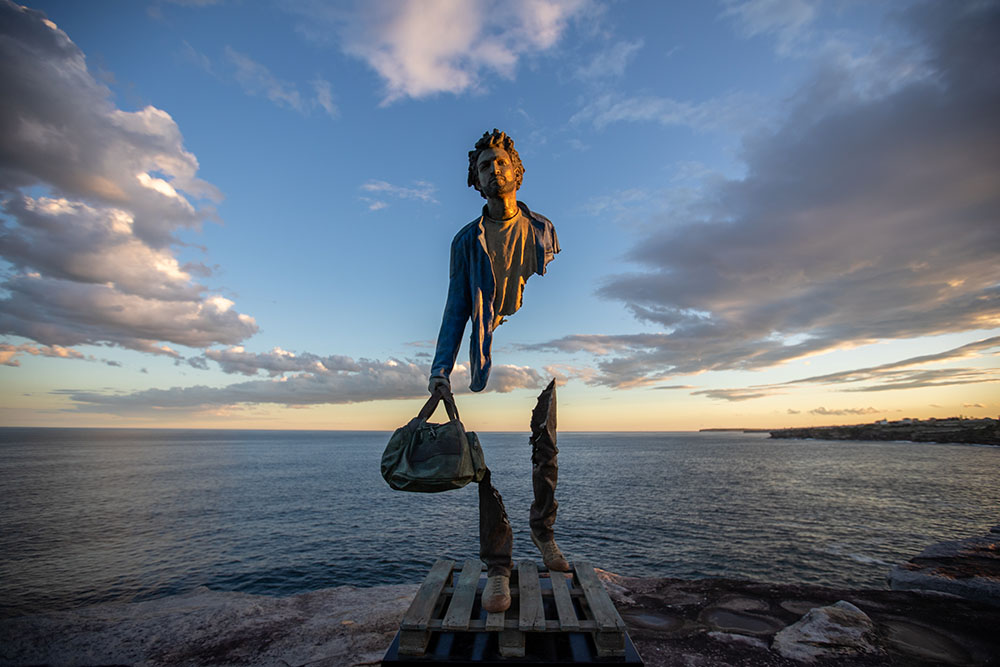 The 2022 Kids’ Choice Prize of $4,000 donated by Rebel Penfold-Russell OAM, as voted by the children visiting the exhibition was awarded to Joel Adler (NSW) for his work, ‘Lens’. 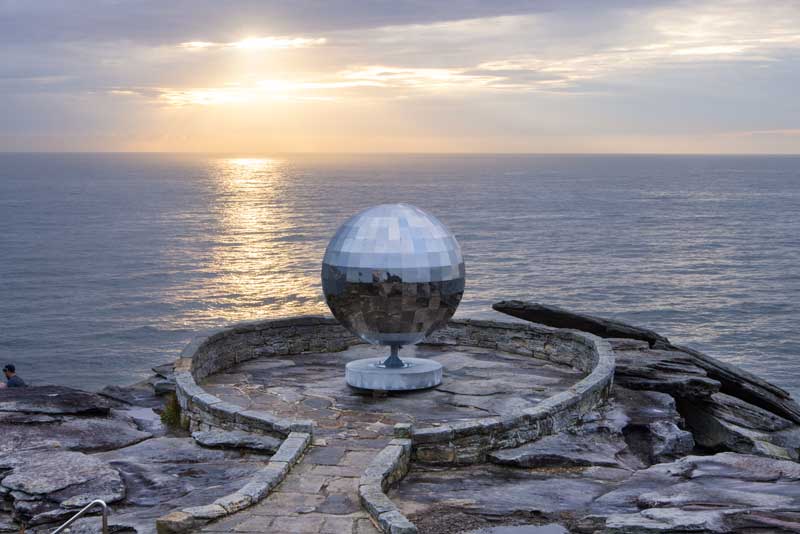 Thank you to Transfield Holdings for 14 years of sponsorship. Since 2011 Transfield’s sponsorship has covered the cost of the cranes and heavy equipment to install and remove the sculptures from the exhibition site, benefiting almost every artist in the exhibition. In previous years artists had to meet these costs themselves.

In 2011, for the first time in 14 years, thanks to the incoming NSW Government, through Arts NSW, each artist received state funding towards their costs. This extremely important support, for 2011-15, is a minimum subsidy of $2,000 for each artist who does not otherwise earn this amount from exhibition sales or awards.

The Friendship Society Of Denmark, Australia And New Zealand

The $15,000 subsidy for a Danish Artist to exhibit at Sculpture by the Sea, Bondi 2022 was awarded to Nadia Utzon Popov. This subsidy was made possible thanks to the Friendship Society of Denmark, Australia and New Zealand and Australian private donors to the exhibition.

Every year since 2003 Sell & Parker has provided oxy cut steel and scrap metal at no cost to as many as 20 artists in each exhibition. This is a considerable contribution to the material costs of the artists, enabling many of them to work on a scale they could not otherwise afford.

The Clitheroe Foundation and Sculpture by the Sea established The Clitheroe Foundation Emerging Sculptor Mentorship Program in 2006, awarding $15,000 each to 2 selected artists. The mentor program aims to encourage professional and meaningful fellowships between emerging sculptors and established practitioners. In benefit of Sculpture by the Sea‘s established organisational framework, the program facilitates a skills exchange between the emerging artists and their mentors and provides a forum for the professional and technical development of the emerging sculptors.

The artists selected for the 2022 Clitheroe Emerging Sculptor Mentorship Program:

The recipient of the 2019 Wallace Arts Foundation New Zealand Sculptor Award of NZ$5,000 is Katja Grinling (Denmark) for her work ‘Thru’.

The 2019 Andrea Stretton Memorial Invitation of $5,000 to exhibit in Sculpture by the Sea, Cottesloe 2020 was awarded to Tan Xun (China) and Sally Kidall (NSW).

Dinosaur Designs has provided trophies for the award winning artists since 2004.