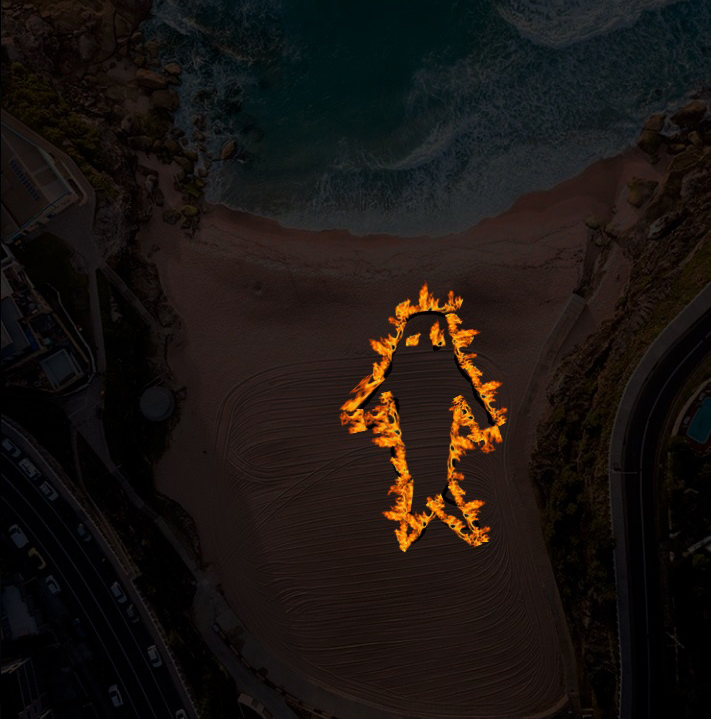 The name gawura guruwin comes from the Dharug words for ‘whale’ and ‘shark’. The whale shark, although not normally found in the Sydney basin, is depicted in a piece of rock art found at Mackenzies Point – the inspiration for this sculptural work. gawura guruwin celebrates the continuous connection of First Nations people to this land and its oceans. Drawn by local Gadigal Elder Charles Madden, gawura guruwin will be ignited as a sculptural fire.

Join us for the igniting of gawura guruwin on Friday 19 October at 7pm, Tamarama Beach