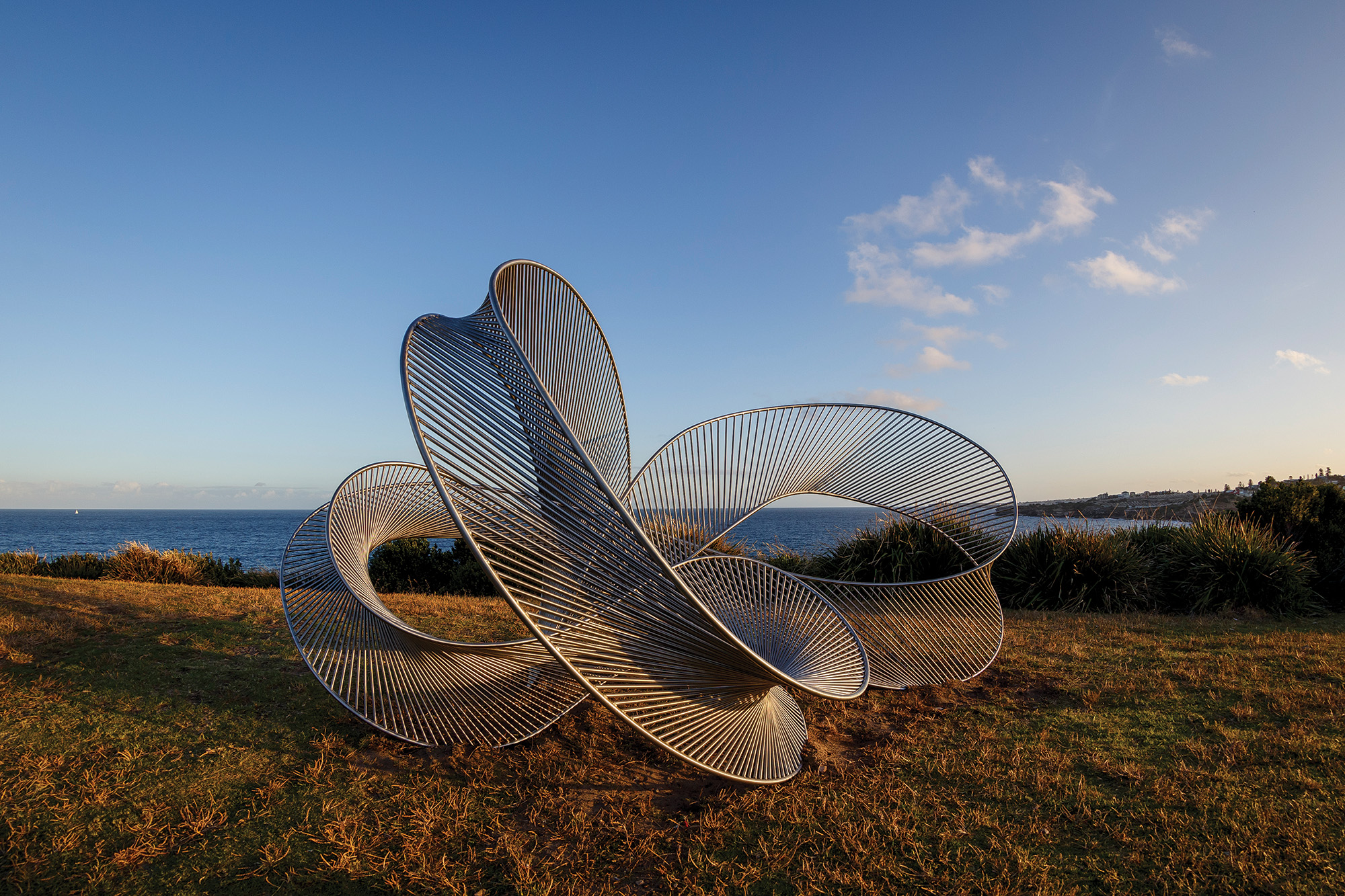 Between 1999 and 2017, Victorian artist Matthew Harding exhibited at Sculpture by the Sea, Bondi, in nine exhibitions. In honour of Mathew’s career a tenth sculpture is being exhibited on the Bondi coastal walk this year, 2018.

Essentially known as a sculptor, his significant contribution to contemporary Australian sculpture was recognized when he was awarded one of the prestigious Helen Lempriere Scholarships in 2010, administered by Sculpture by the Sea. He used the $30,000 grant to further his sculptural skills: researching granite carving in northern Europe, visiting Norway, Finland, Russia, Estonia and Latvia and later gaining additional skill in carving marble while working at Studio Sem at Pietrasanta in Tuscany. Fascinated by diverse materials that could be used sculpturally, he visited Japan and carved in ice and in St. Petersburg he visited the annual festival of sand sculpture.

Apart from his wide ranging interests in such a variety of sculptural materials he was also a versatile designer and had created some extremely elegant furniture as well as practical bollards for Newcastle streets. Consequently, in his work he was able to combine his early training and knowledge of carpentry with his acquired skills in handling stone, wood, bronze and steel – particularly the rich rusted colour of corten steel – and the refined elegance of stainless steel. 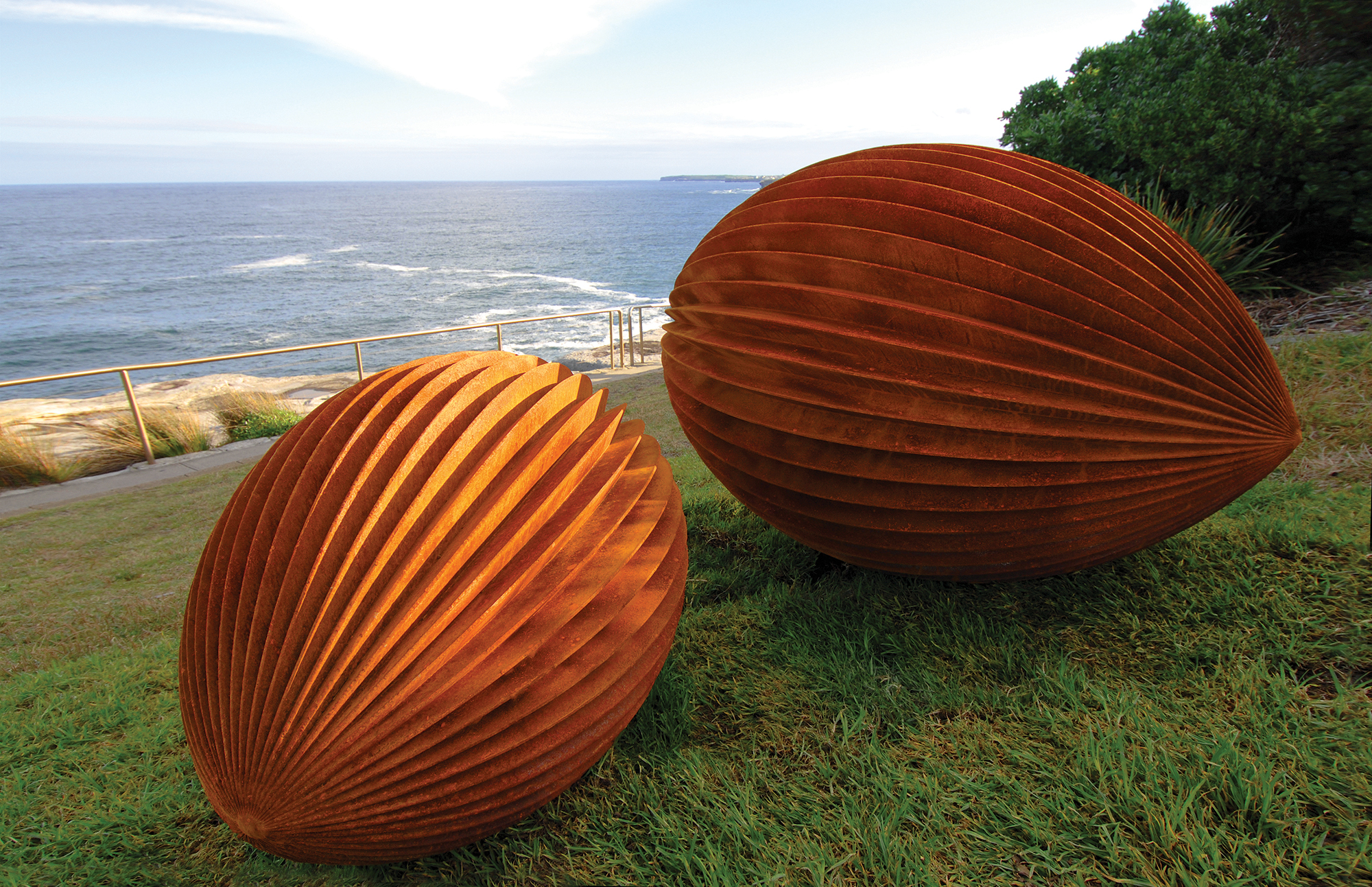 Quiescience, shown at Sculpture by the Sea, Bondi in 2011 not only exploited the qualities of corten steel in three seed-like forms but also revealed the artist’s link with nature and his ability to convey poetic and subtle philosophical concepts.  He wrote in the catalogue that the forms depicted the ‘… resting phase of seeds … awaiting the optimum conditions to be brought into fruition.’ A human analogy was inferred.

It was Harding’s highly original use of elegant lines of stainless steel – sweeping curves that defined space – in works such as Centripetal, Sculpture by the Sea, Bondi 2010, that confirmed his role as an impeccable and innovative craftsman.  Exploring a similar structure in Void, he won the prestigious McClelland Sculpture Survey and Award in 2014. This was a work that hinted at the unknowable, the invisible vastness of the universe; the void was not simply intended as emptiness but rather as a space to be explored, an invitation to step courageously into the unknown.  If, however, the spectator found this idea too nebulous, they could still appreciate the work as a wonderfully designed, totally three-dimensional sculpture.

Similarly with the gracefully simple silhouette of his work shown at Sculpture by the Sea, Bondi 2013, The Cheshire’s Grin. The title may have puzzled many until they understood that the sweeping curve – reminiscent of the first night of the crescent moon – was in fact, in memory of a fellow sculptor, Bert Flugelman, who was known for his good humour and who had died that year.

Apart from exhibiting regularly, Harding carried out a considerable number of major commissions – in fact, an impressive total of 69 commissions between 1991 and 2018. These ranged from an early work, such as Bogong Moths 2001, for the entrance of the National Museum in Canberra to the Front Entrance Wall at the Museum of Old and New Art on the river Derwent in Hobart. One of his largest commissions was, Degrees of Separation, a sculptural installation completed in 2015, sweeping across the entire façade of the newly extended MAMA – the Murray Art Museum Albury.

Perhaps the simplest, but also one of the most successful commissions was the Eddie Mabo Memorial on the bank of the river in Townsville, completed in 2007.  It consists of a bronze cast of an Indigenous Warrup drum and a very large granite boulder with incised petroglyphs. With its quiet dignity it simply and subtly makes it clear that Eddie Mabo and his Indigenous relatives and ancestors have been here for millennia and will still be heard into the future.

In 2017, only a year before his death, Harding was engaged in installing his sculptures as far afield as Singapore, Florida and Miami in the USA, as well as works in Melbourne, Sydney and Canberra.  Such an impressive list of commissions is evidence of his extraordinary versatility as a sculptor and designer, the accessibility of his work and the highly professional reputation he had established.

In this same year he was also working on a new sculpture, Landbridge, for the 2018 Lorne Sculpture Biennale, but tragically he died before it was completed.  Constructed with reclaimed timber from an old pier at Rosebud, it was to symbolize the land bridge that connected Victoria with Tasmania 40,000 years ago. Generously, several friends completed the construction of this massive work. It was exhibited on the sand, at the edge of the sea – a fitting memorial to this sensitive, highly regarded and abundantly talented sculptor. He will be sorely missed. 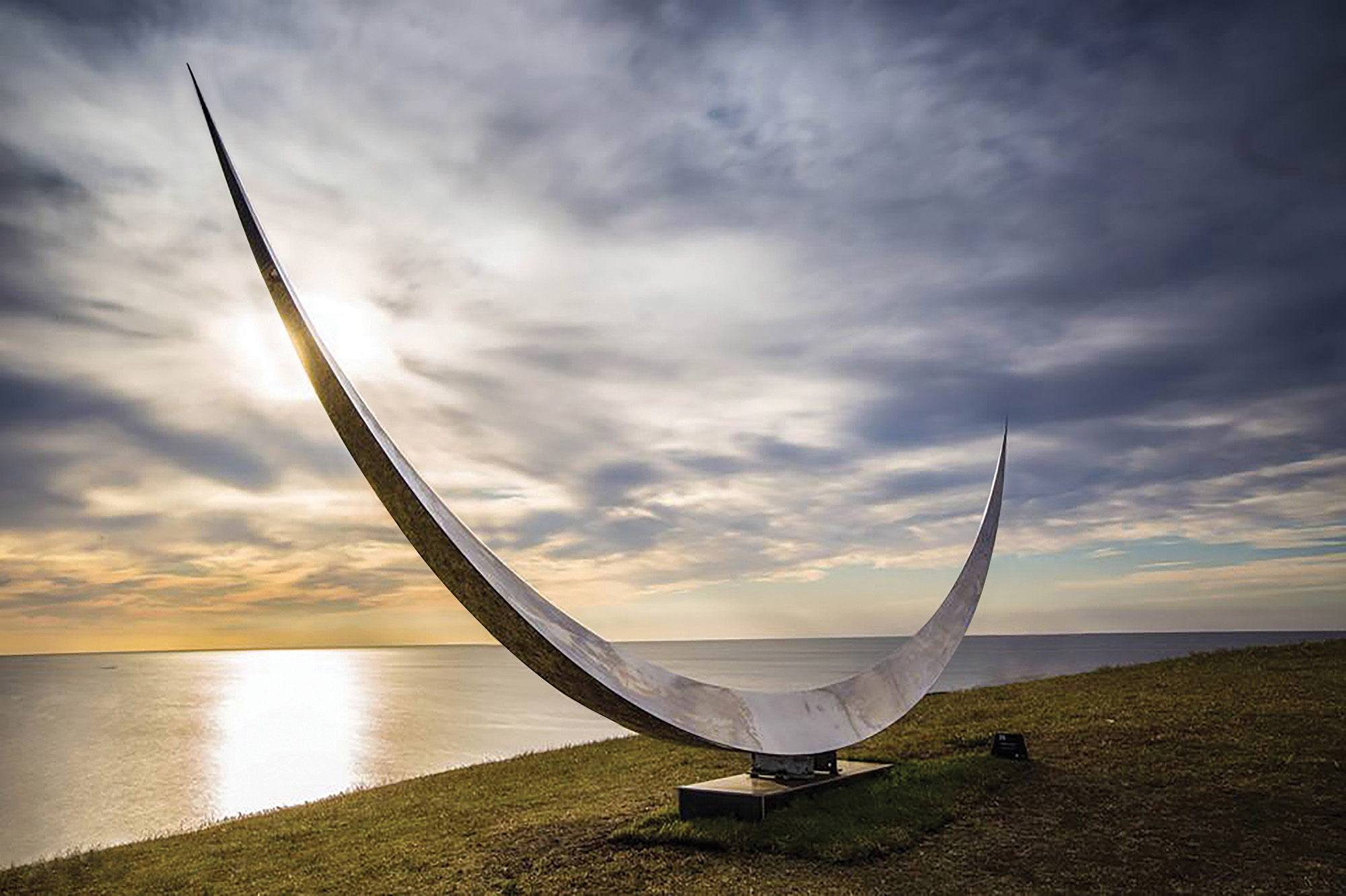