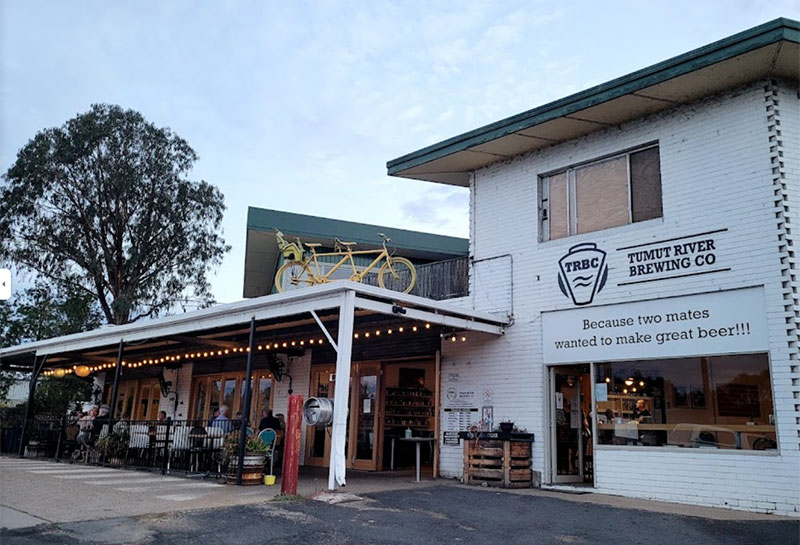 Located on the banks of the Tumut River on the outskirts of town, the Tumut River Brewing Co started with two mates who wanted to make great beer. But like all good plotlines, it was actually so much more than that. It was about community and making Tumut known for something other than fly fishing and chopping down trees.

As most great brewery stories do, it all started with homebrew, making beers for mates and eventually getting a gig at some parties and weddings. A real game-changer was the creation of the iconic Ginja Ninja, their full-strength Ginger Beer made from their local mates – Batlow Apples. Things stepped up a notch when the Ginja entered the conversation, and it continues to be their biggest seller.

There have been changes along the way, but it’s still a place to meet with great mates, brew great beer and put Tumut on the map. Above all though, it’s about supporting the community – they’re not sure what comes after bushfires and Covid, they’re not sure they want to know, but whatever it is they’ll be there pouring beers for you.

Tumut River Brewing Co is real. There will always be beer flowing in their shed, and if the doors are open, go and have a cold one with them!