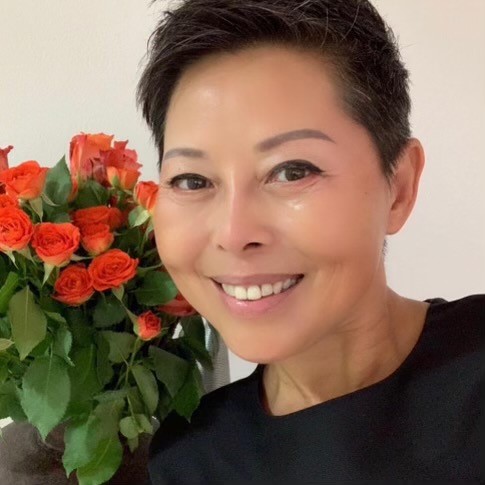 Anni Ma, who was recognised as a leading curator of contemporary Chinese sculpture, passed away peacefully in her sleep on 9 September 2021 at Greenwich Hospital in Sydney, Australia.

During a full but short life at the forefront of the Visual Arts in China and Australia, Anni Ma was an important cultural bridge between two countries she loved.

Initially she was well known in China as the owner and director of ‘Anni Art’ (2005 – 2010), a commercial art gallery in 798, the Dashanzi Art District of Beijing, then at the height of its important cutting-edge role in the blossoming and burgeoning Chinese contemporary art scene.  Later Anni was best known in China, Australia and abroad for her key role as the Chinese Curatorial Adviser for Sculpture by the Sea in Australia and Denmark from 2004 until her passing.  True to her enthusiasm and high spirits, Anni was still working until just a few days before she died.

It is thanks to Anni that so many of China’s leading sculptors have exhibited in Australia through Sculpture by the Sea in Bondi (Sydney) and Cottesloe (Perth), including Professor Sui Jian Guo, Professor Zhan Wang, Professor Lv Pin Chang, Chen Wen Ling, Wang Shu Gang, Lu Zheng Yuan, Professor Yu Fan and Professor Wang Wei.

How Anni Ma came to 798 and her central role in the Visual Arts in China and later Australia was a fascinating path.  She was born Li Ping Ma on 3 November 1957.  Her father Ma Zhen rose to be a senior Colonel in the Chinese People’s Liberation Army and her mother Li Guiying was a Major in the PLA.  Anni had great admiration for both of her parents.  From 1972 – 1976 she attended Beijing National Day School (also known as Beijing No. 11 School), a prestigious and well-known school in China established to provide an elite education for the children of senior officers in the PLA.  A large number of the school’s graduates each year enroll in Beijing and Tsinghua Universities, the Oxbridge of China’s universities, to continue their higher education before embarking on careers as leaders in various fields.

According to Anni, during her formative years, she and her family were personally unscathed by the Cultural Revolution which Mao unleashed in 1966 and which lasted until his death in 1976 – but conversations on this topic did not last long.  Among other dislocations caused by the Cultural Revolution, the universities were closed for more than a decade and the university entrance exam not held again until 1977, the year after Anni left school.

When Anni graduated from high school in 1976, the government allowed only one child from each family to live in the city. As Anni’s younger sister was still in high school, Anni did not have to go to the countryside but was instead assigned to work at the Beijing Xinhua Printing Factory.  After a few years, thanks to her own efforts, Anni left the factory to work with DHL international express.

On the 3rd of June 1989 Anni moved to Australia to study Management at the University of Technology in Sydney, which by coincidence was the day before the six-week-long mass socio-political demonstrations in Beijing’s Tiananmen Square were crushed.  As a newly arrived student in Sydney, Anni, along with every Chinese student in Australia at the time, was granted residency to stay in Australia by the then Prime Minister Bob Hawke.  This is how Anni, in time, came to take Australian citizenship.

Anni recently told me she loved life on the bohemian edge of university life in Sydney.  On her return to Beijing, Anni’s life-long passion for photography led her to the new and far more intoxicating art scene of 798, which was at the forefront of socio-cultural change in China.  Here, in the huge abandoned 1950’s military aircraft factory with its rabbit warren of small and large spaces complete with Cultural Revolution-era propaganda paintings, Anni was one of the first to live in the buildings rented by artists.  Many of these artists have since become the most highly regarded and collected Chinese artists of this era, including Sui Jianguo who first used 798 as studio and storage space for the Sculpture Department of the Central Academy of Fine Arts, of which he was then the Head of Department, later setting up his own studio in 798 in 2000.

By 2003 Anni had established her own studio in 798 at a time when there were only some 30 artists living and working in what was undoubtedly one of the coolest places in the art world at the time, or ever.  She participated in the first important group exhibitions there including, ‘Blue Sky Exposure’, which was inspired by the SARS virus outbreak, and the first Dashanzi Art Festival organised by Huang Rui in 2004.

Since 2004 Anni was responsible for the exhibition of 23 leading Chinese sculptors in Sculpture by the Sea in Australia and Denmark, resulting in many of these artists being represented in major public and private collections in Australia and New Zealand.  One highlight of Anni’s career took place in 2018 when the Central Academy of Fine Arts in Beijing organised a showcase of eight Chinese sculptors in Sculpture by the Sea, Bondi.  This is one of the most important international exhibitions of outdoor sculpture by Chinese artists to date.  In the same year, the Central Academy of Fine Arts partnered with Sculpture by the Sea to host the Sydney International Sculpture Conference at the Sydney Opera House.

Without doubt the most difficult period of Anni Ma’s work in Australia was the vandalism of Chen Wen Ling’s sculpture ‘Childhood Morning’ in the middle of the night during Sculpture by the Sea, Cottesloe in March 2012.  Xinhua News initially portrayed this as a racist attack by young Australian men against China before Anni and I, together with the family of one of the vandals and the then Premier of Western Australia Colin Barnett, arranged for a series of public and private apologies by the repentant young men, compensation to Chen Wen Ling and the acquisition of the re-made edition of the sculpture by the Art Gallery of Western Australia.  This was a rollercoaster of emotions, stakeholders and different cultures, especially as the previous year Chen Wen Ling was introduced to a quickly adoring Western Australian public by his sculpture ‘Red Memory Smile’ in Sculpture by the Sea, Cottesloe.  The artwork was the full-page photo on the front page of the West Australian newspaper with a little girl smiling up at the giant artwork, before the sculpture was acquired by a major private collector and it received the People’s Choice Award.  Never was Anni’s advice more important.  She helped diffuse the international tension and created an outcome that was good for Chen Wen Ling and helped the young men responsible to avoid jail and make their way back into society.

Professor Sui Jian Guo said of Anni, “Since 2004, she has assisted Sculpture by the Sea to find Chinese sculptors.  She has done a lot of work for our sculptors and contributed significantly to the art and cultural exchanges between China and Australia.”

Dr. Malcom Bywaters, Academic Director – Academy Gallery & Exhibitions, University of Tasmania said of Anni, “She was a fantastic colleague and a true delight to engage and speak with. I very much enjoyed our conversations around the Sculpture by the Sea Curatorial Panel table and the dinner table.  We will all greatly miss her humour, extensive knowledge, and wonderful smile.”

Anni had battled with cancer since its sudden appearance in late October 2019, however her medication gave her another blessed 18 months of healthy living before she became very ill in April this year.  During the period of her illness Anni kept the devastating news to herself, not wanting to bother others and no doubt hoping to recover.  It was only in the last weeks of her life that she began to tell even some of her closest friends of her illness and that she probably did not have long to live.

It was Anni’s wish that there was no funeral or known final resting place.  To quote Anni, she wanted “a quiet, no fuss” farewell.  Anni’s ashes were laid to rest in a very small private gathering in Sydney on 29 October.  In Beijing, Anni’s friends and associates held a memorial on 31 October to celebrate and remember her life and work.

To continue her life’s work, Anni has made a donation, with a bequest to follow, to the not for profit organisation Sculpture by the Sea Incorporated to establish the Spring Shoots Invitation for one senior or emerging Chinese artist to exhibit in Sculpture by the Sea, Bondi each year.  We are honoured to match these funds to continue the work of Anni Ma to give Chinese artists the opportunity to exhibit in Australia and the Australian public the enjoyment of experiencing the best of Chinese contemporary sculpture.