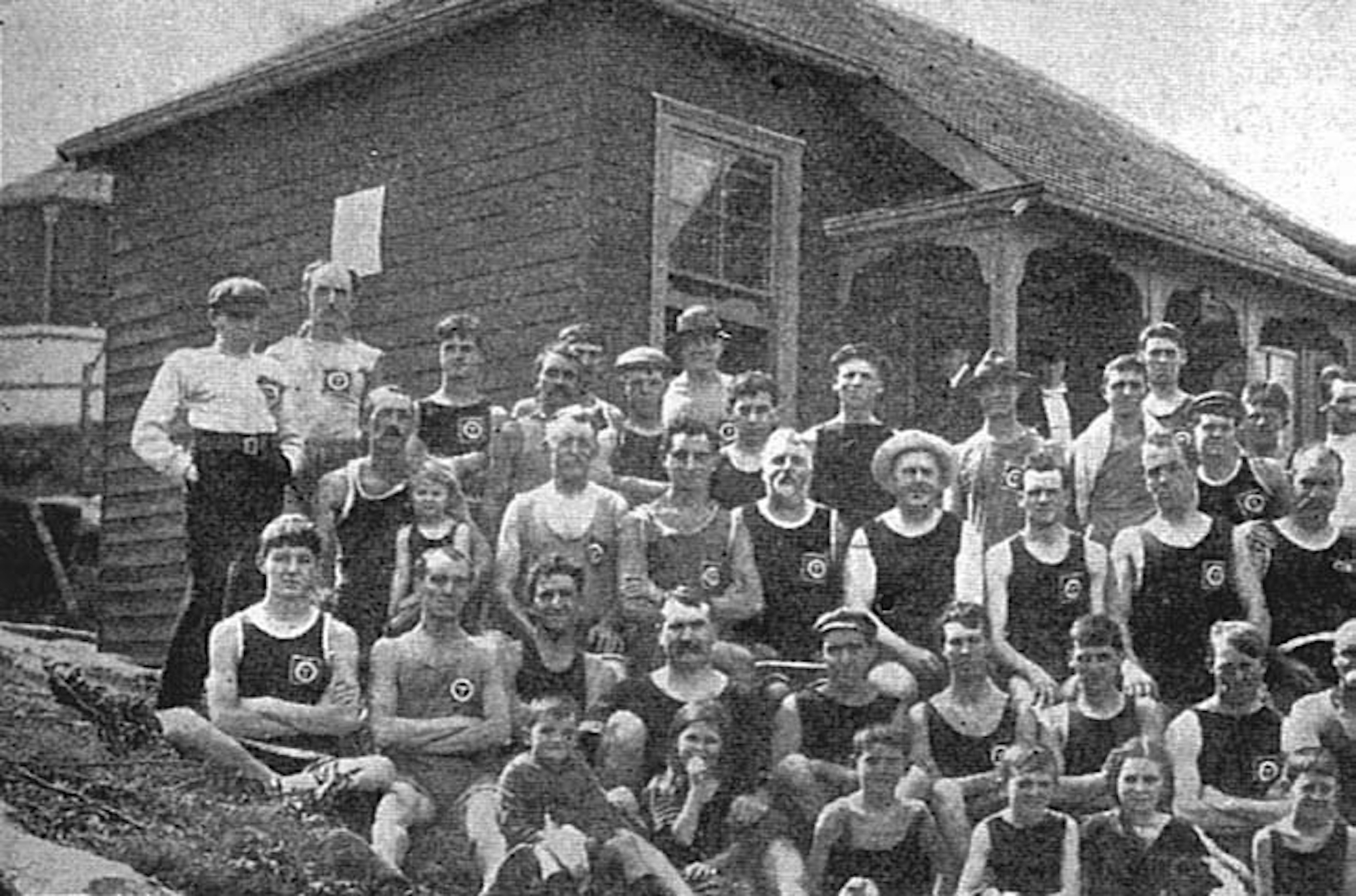 Tamarama is well known for its unique beauty and cosy atmosphere nestled quietly between Bondi and Bronte Beach, avoiding much of the traffic and the tourists that flock to the Sydney beaches each Summer. Tamarama attracts its own eclectic bunch of locals and tourists, which give it a wonderful ambience and friendly laid-back feel. We get the ‘buff bods’ bronzing themselves for the Mardi Gras, the super models topping up their tans, the Sunday morning family outings and the devout surfing ‘locals’.

At the turn of the last century, when public bathing was still prohibited, Tamarama was frequented by very different locals, dodging the white hats of the Waverley Police, whilst lured by the white caps of the beckoning surf. There was much fun had by some, rising early to cut the barbed wire put up across the beaches to prevent access by the public. It was not long before the authorities could no longer hold back Sydney’s urge for a dip in the ocean and public bathing became de rigeur rather than an offence.

The formation of the Club coincided with the opening of Sydney’s newest attraction Wonderland City in 1906. Wonderland City was built on a previous fleeting attraction, the Bondi Aquarium. This new theme park had a scenic miniature railway around the cliff tops, an airship operating on steel cables above the beach and was decorated with thousands of coloured lights by night. It was so popular that the tramline had to be extended down Fletcher Street.

The modern Club is now one hundred years young and has over 160 active members and counting. The Club is busy building for the future with its growing Nippers, the Ocean Swimming Club (aka the TOSSers), and social events such as the Soul Patrol and the obligatory fund raising sausage sizzles. Over the years the Club has found itself host to many fantastic functions and events. The Club is lucky to enjoy one of the most prized locations on the Sydney coastline, which today it is proud to share with Sculpture by the Sea, a marvelous exhibition of contemporary sculpture brought to the public in a picture postcard setting.

As an added attraction the Surf Club would hold gymkhanas, with Wonderland, which were a prelude to the current Surf Carnivals and Iron Man events. Remembered by a mural on the outside of the Club’s building, Wonderland did not last more than five years. The airship dangling above the cliffs turned out to be not as safe as it sounded and the only legacy of the era is in a street name, Wonderland Avenue, off Fletcher Street. However, the Club has stood the test of time and is about to enter its Centenary year.

Sculpture by the Sea gives Tamarama SLSC a chance to show itself off to the general public at its best. We are a voluntary organisation of modest means and appreciate all the support, both financial and moral afforded to us on such occasions. We are very glad of the assistance and opportunity given to us by Sculpture by the Sea to raise funds for much needed up-keep and renovations. We would like to take this chance to thank all those involved in supporting the Club, whether just during this event or throughout the year.

For those interested in our Centenary Year, the Club will be having a ceremonious cutting of the barbed wire on the 8th of January, to replicate the opening of the beach to the public one hundred years ago, followed by an original styled Surf Carnival and an ocean swim. Refreshments and a bar-b-q will follow in the Clubhouse. The official annual Club dinner will be held in April, details to be released in the New Year. We look forward to seeing you all then.