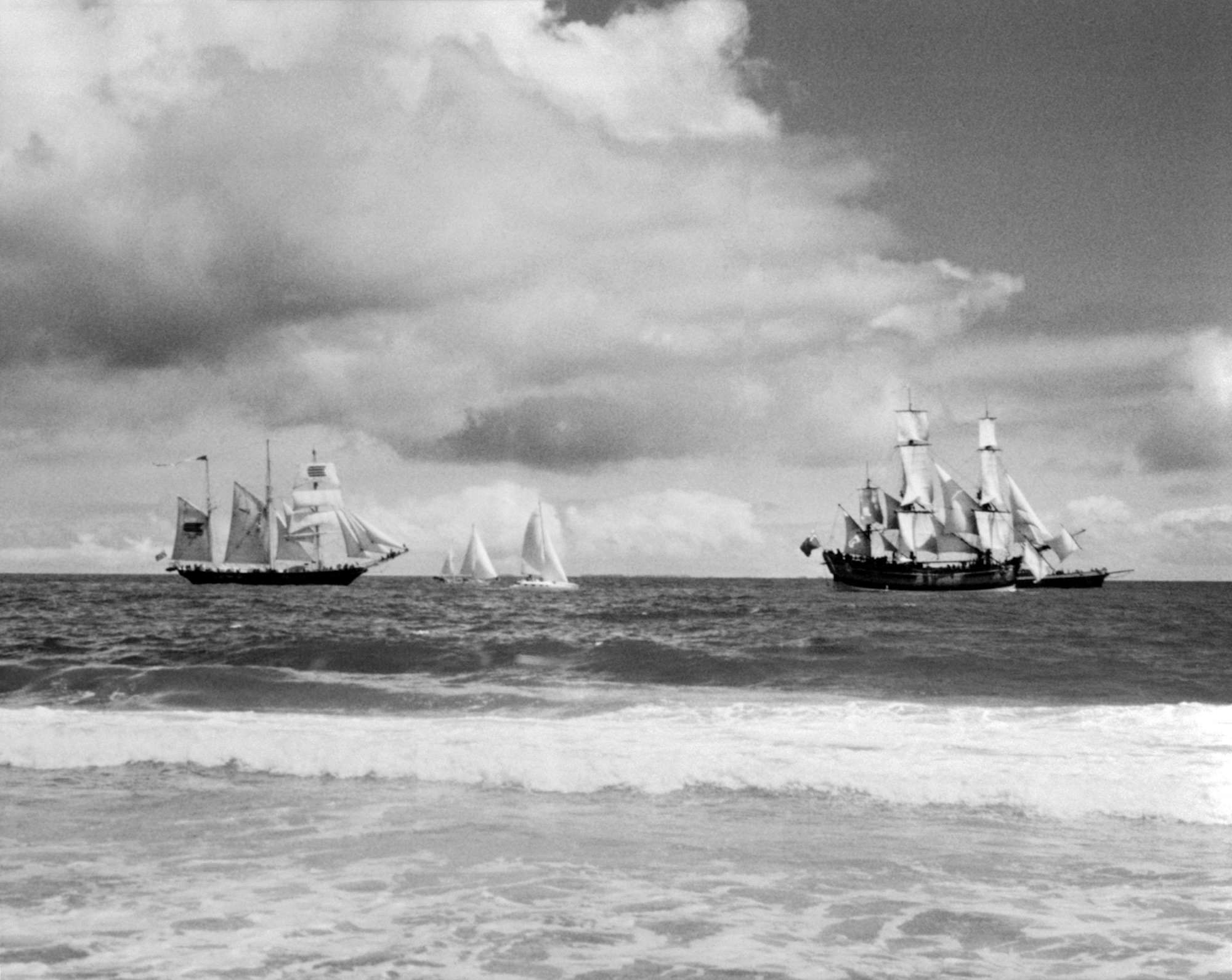 The Endeavour on its maiden voyage off the Coast of Cottesloe , February 1995. Photo donated by the late Alf Wood, former Councillor, Town of Cottesloe.

By Carolyn Ryder, Town of Cottesloe

The discovery of our glorious sandy coastline was prompted by a ship that vanished, the fate of which reuncillmains to this day a mystery consigned to the ocean s murky depths. In May 1696, three ships sailed from the Netherlands bound for Western Australia (then known alternately as Terra Australis, the South Land, the Land of the Eendracht, or New Holland).(1) The voyage was commissioned by directors of the Dutch East India company, in search of surviving crew and cargo from the Ridderschap van Holland, which disappeared en route between the Cape of Good Hope and Jakarta. Fleet Commodore Willem de Vlamingh was also instructed to explore the coast and largely unknown interior of Western Australia.(2)

Arriving at Rottnest Island on 29th December 1696, de Vlamingh was favourably impressed by the island s terrain, plant and animal life, (3) perhaps expecting more of the same on the southwest mainland. On 5th January 1697, a landing party led by skipper Gerrit Colaert began an exploration of the mainland, observing huts, footprints and rich birdlife on and around the Swan River, but encountered no one. The precise location of the landing is a topic for historical conjecture, however South Cottesloe, Swanbourne and the Swan River mouth near Fremantle appear plausible, based on journal descriptions. (4)

A few days later, under the command of de Vlamingh, further exploration of the river was undertaken, and several black swans were captured and taken aboard. The coastline was charted, however from the perspective of the Dutch East India company, the voyage produced little of importance and revealed no trace of the missing Ridderschap van Holland. (5)

Ultimately, information from de Vlamingh s voyage attracted the attention of the British, who eventually colonised Perth in 1829.(6) A memorial to commemorate Vlamingh s landing was erected by the Town of Cottesloe at South Cottesloe in 1974.