Sculpture by the Sea: the first fifteen years

This is an edited version of John McDonald’s essay in the 232 page book ‘Sculpture by the Sea: the first fifteen years’

David Handley, the founder of Sculpture by the Sea, recalls that the entire budget of the first Bondi exhibition in 1997 was $11,000, of which $8,500 was spent on artists’ awards. The show itself was put together by volunteers, happy to get behind an initiative that gave sculpture some much-needed exposure. I was asked to make the initial selection along with Ron Robertson-Swann, and we were astonished by the quantity and variety of entries for an exhibition that would run for only one day, from morning till dusk. 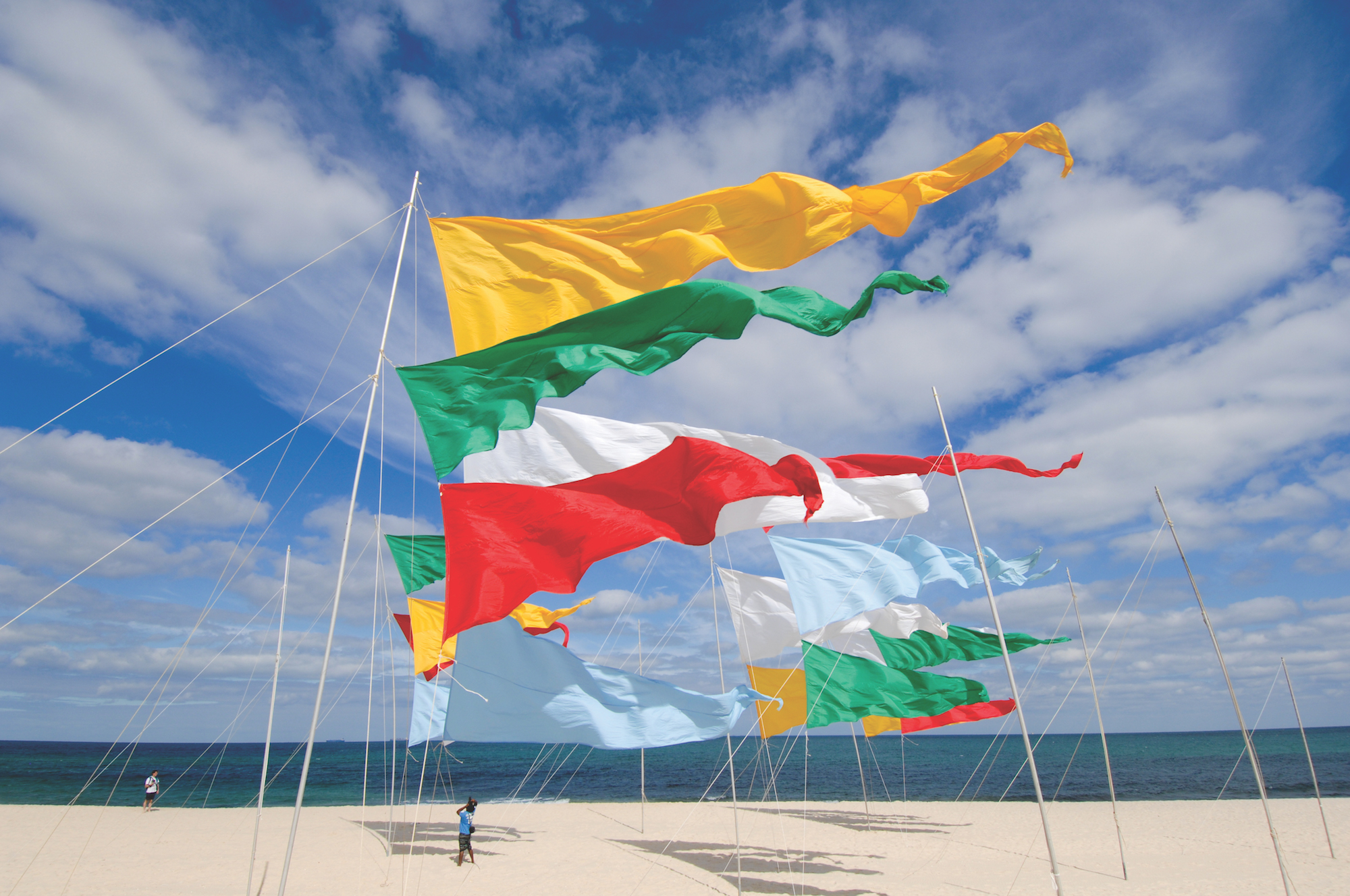 That first Sculpture by the Sea had an infectious energy, and was buoyed up by the kind of good will that is increasingly rare nowadays. There was a general determination that this celebration of sculpture should not be an isolated occurrence, but an annual event. What followed was a decade-and-a-half of hard work, good and bad luck, fund raising, fact finding, network building, publicity blitzes, and all the logistical nightmares associated with a show that needs to move massive sculptures around the world and install them in unconventional locations.

‘That first Sculpture by the Sea had an infectious energy, and was buoyed up by the kind of good will that is increasingly rare nowadays.’ John McDonald

Over 15 years, Sculpture by the Sea has gone from being a one day wonder, staffed by friends and well-wishers, to a transitional series of exhibitions at Bondi on the Pacific Ocean and Cottesloe on the Indian Ocean managed by a highly professional organisation with its own corporate structure; a crack installation team under the leadership of the talented Axel Arnott, and subsequently Noah Birch; a vigorous program of sales and commissions; and a web of contacts among sculptors and arts professionals that extends around the world. Sculpture by the Sea has continued to channel a large percentage of the money it raises back to exhibiting artists in terms of set-up costs, travel assistance, awards and fellowships, although they acknowledge that further support for artists is required.

One of the most important aspects of Sculpture by the Sea at Cottesloe and Bondi has been the participation of so many international sculptors, and latterly the opportunity it provides for Australian artists to show their work in Europe in Sculpture by the Sea, Aarhus in Denmark.

It hasn’t been a tale of smooth, inexorable progress, but a succession of stops and starts. Sculpture by the Sea has had its hard times, often having to fight for its financial survival. Over the years the statistics reveal that the Bondi show has been extended from one day to almost three weeks, and attendances have grown from 25,000 to 500,000 (while last year’s Cottesloe exhibition was visited by some 215,000 people). This figure makes it easily Australia’s most successful art exhibition in terms of numbers. To take just one point of comparison: the National Gallery of Australia recently boasted record-breaking visitor numbers of 476,000 for the exhibition, Masterpieces from Paris. The show ran for 20 weeks to achieve this reputed figure.

Extrapolate the Sculpture by the Sea numbers over twenty weeks and one arrives at a figure of 3.3 million. This is, of course, only a statistical fantasy, but it serves to underline that fact that Sculpture by the Sea exerts a phenomenal hold on the public imagination. True to the exhibition’s original ambition, it has become one of the most eagerly anticipated events in the Perth and Sydney cultural calendar, conjuring an annual transformation of two of Australia’s most popular beaches into Australia’s most popular sculpture parks.