Rio Tinto placement of Column of Sound in Busselton 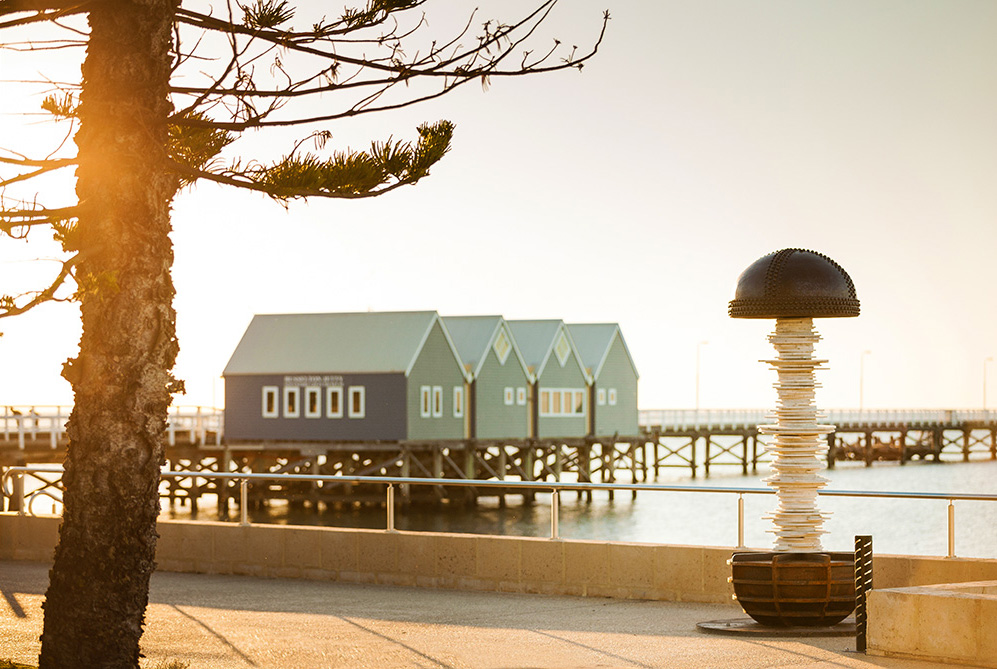 Formally gifted to the City of Busselton – Local Government, the sculpture was re-interpreted to reflect the sounds of Busselton via a frequency of a sound recording taken at Busselton by the artist. The second instalment of this prize from Cottesloe Principal Partner Rio Tinto, the Column of Sound sculpture joins the Dale Miles, Parallel Thinking sculpture located nearby which was the recipient of the award during Cottesloe 2016.