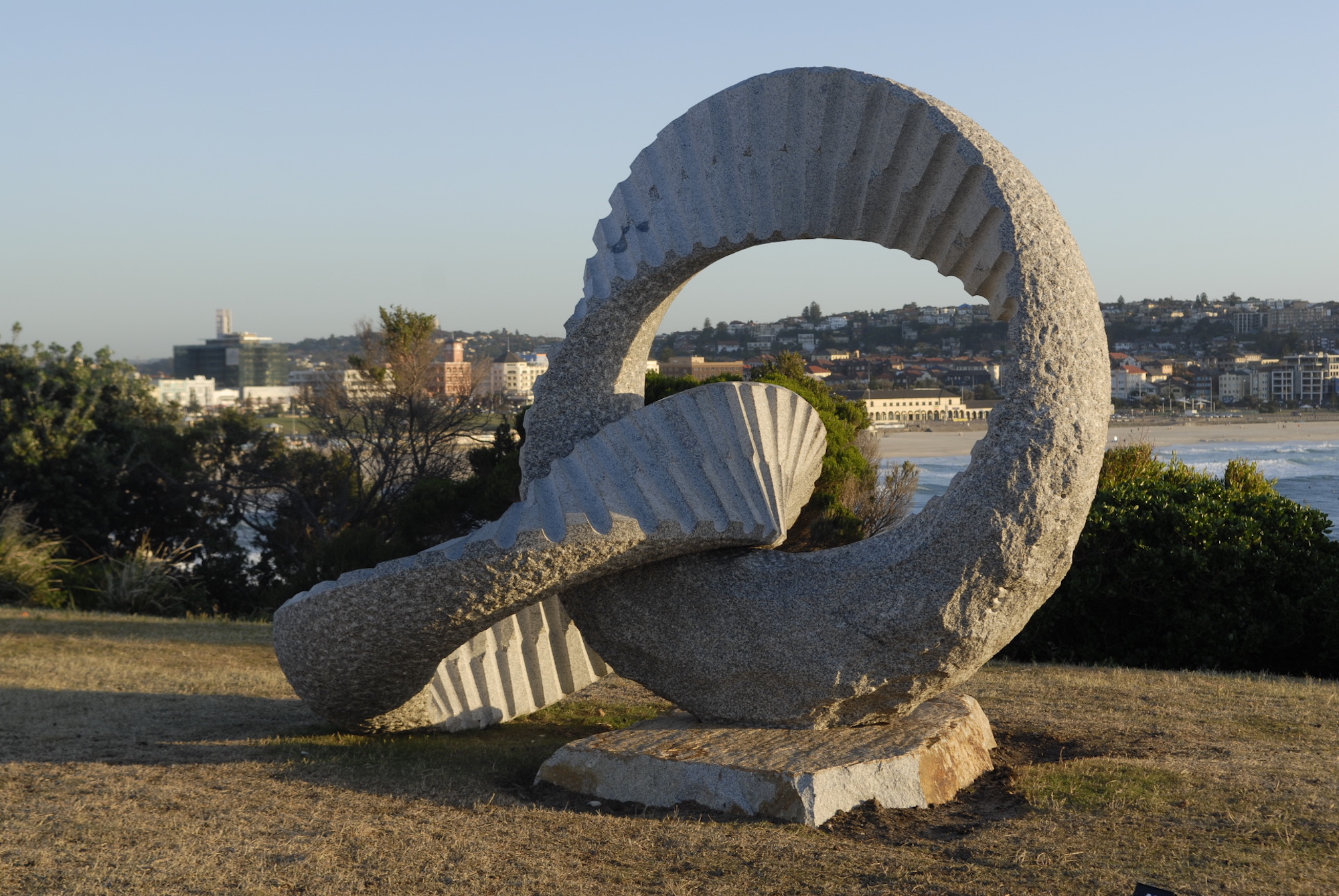 By David Handley AM

Founding Director, Sculpture by the Sea

Keizo Ushio is an extraordinary sculptor and a wonderful person, whose sculptures (and smile) are loved in many countries around the world.

This year’s Sculpture by the Sea, Cottesloe marks Keizo’s 20th exhibition in Australia, a milestone that happily coincides this month with the City of Perth installing his sculpture Oushi Zokei, Mobius in Space in a public place for all to enjoy.

I had the pleasure of meeting Keizo in 1999, when he first exhibited in Sculpture by the Sea, Bondi. Keizo walked up to me with his big smile, bowed deeply and expressed his excitement and enthusiasm for exhibiting with us. Little did he know just how excited and enthusiastic we were that he was doing so! Since then Keizo has been in every one of our exhibitions in various parts of Australia and Denmark, playing a major role in their artistic and popular success. He has also learnt that in Australia it is not necessary to bow!

Whatever subtle and not so subtle cultural differences there may be between Japan and Australia, Keizo’s exquisite sculptures immediately reached out, ‘speaking’ an international language which intrigued and delighted Australians from the first moment they saw them. It is his ingenious combination of the mathematical concept of the Mobius strip, when carved from a single block of granite that captures the imagination. His sculptures are soft and beautiful, yet at the same time hard and impossible for most to understand how they were created.

It was from his very first exhibition with us at Bondi that I became aware of the special connection between Keizo’s sculptures and the viewer. Although he was excited by the large crowds seeing his sculpture, Keizo was concerned; he had overheard many parents telling their children, “Don’t touch the sculpture!”, as they tried to reach out to touch and run their hands over the granite curves. So Keizo walked into our office and asked if we could make a sign and place it next to his sculpture saying, “Please touch the sculpture”. Within a few days the grass around his sculpture had been worn through, revealing the path many thousands of people had trodden as they ran their hands over the granite, tracing its unbroken line. At the end of the exhibition Keizo came back into the office saying, “My sculpture is very happy, many people touch my sculpture. I am very happy because my sculpture is happy!” Since this time Keizo’s sculptures have made many people very happy. He has been voted the People’s Choice Prize winner in several of our exhibitions and his sculptures have been acquired by some of the most noted private sculpture collections in Australia, while the City of Perth’s acquisition is one of several in public collections across the country.

When Keizo first exhibited in Australia Sculpture by the Sea, Bondi was in just its third year and we were a very small organisation, with very limited resources. Yet, despite his international reputation Keizo embraced our exhibition, seeing it’s potential, revelling in the large crowds and enjoying meeting artists from around the world. So he returned the next year and each year after that, winning over many fans. Over this time Keizo’s sculptures have evolved to explore different shape s and to use colour – something he was motivated to do by the stronger light he noticed in Australia when compared to Japan.

Keizo’s enthusiasm for our exhibitions and his generous spirit led him to share the experience of exhibiting in Sculpture by the Sea with his close colleagues in Japan and each year since 2001 he has introduced new Japanese sculptors to the people visiting our Perth and Sydney exhibitions. The selflessness with which Keizo has adopted this role of facilitator has played a tremendous part in the growth and success of the Sculpture by the Sea exhibitions, so much so, that we call him our Ambassador to Japan.

Talking of diplomatic relations, one of the happy coincidental connections between Keizo and Western Australia is that his home province, or Prefecture, Hyogo, has a sister State relationship with Western Australia. This led Keizo to work with the City of Asago in Hyogo and well known Perth sculptor Ron Gomboc to establish an artist exchange between Asago and Perth in 2008. Featuring a major exhibition of primarily WA sculptors at the Asago Sculpture Park as well as an ongoing artist in residence program that resulted in Ron Gomboc and Richie Kuhaupt from Perth working in Asago and artists from Hyogo, such Koichi Ogino, working at the Gomboc Gallery and Sculpture Park.

It is due to Keizo’s reputation as a sculptor both at home and internationally and his work promoting Japanese artists abroad that he was recently awarded the Hyogo Prefectural Culture Prize. This is a major honour and one not usually bestowed until much later in an artists life.

From all of us at Sculpture by the Sea we would like to thank Keizo for his sculpture, his smile, his support and his friendship. He is a man who has contributed a lot to the world.