From Bondi to Aarhus, Denmark 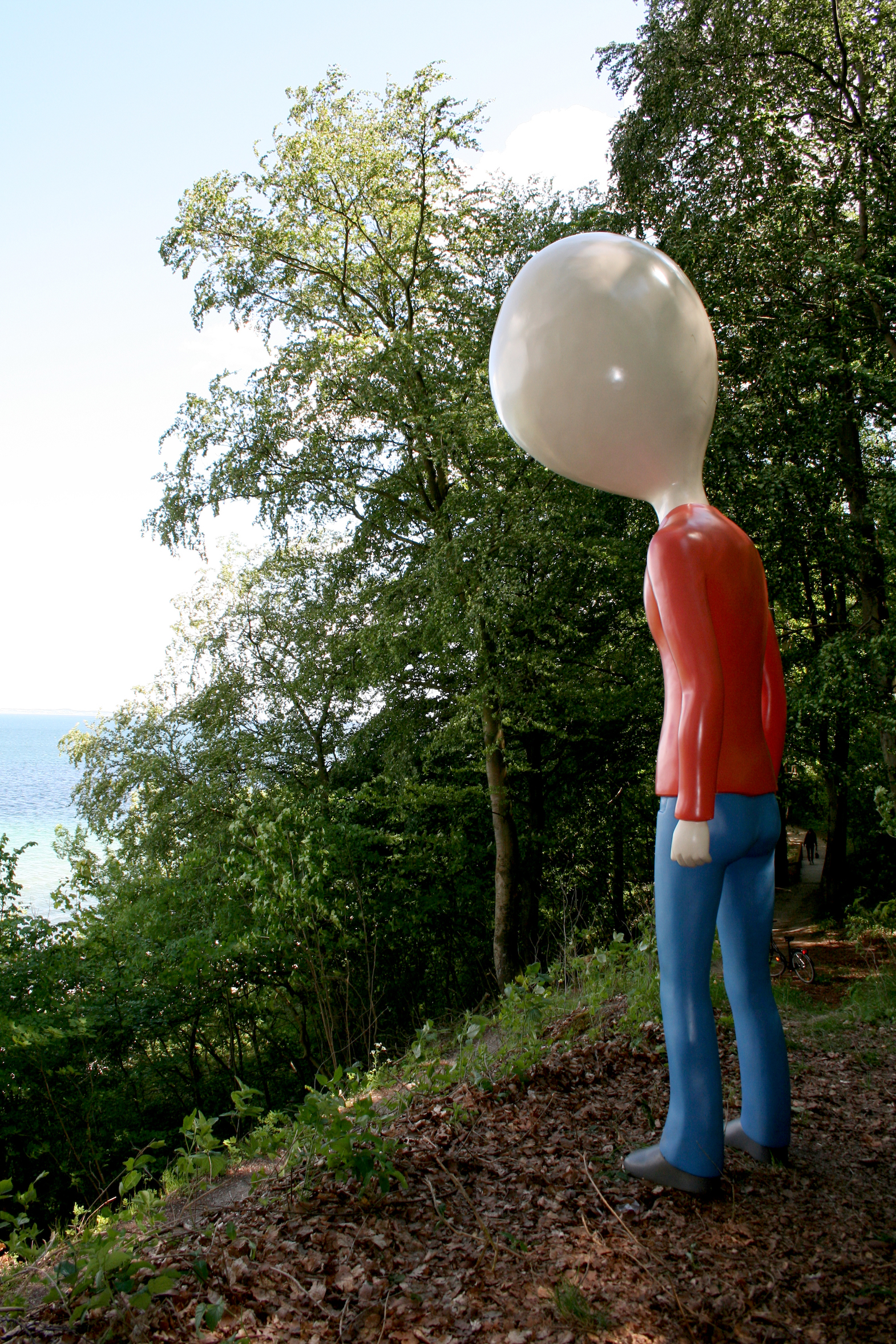 Curator and writer for Australian Sculpture

In June, 2009 Sculpture by the Sea went international for the first time.

The site of this new venture was Aarhus, a city three hours from Copenhagen, Denmark, where, with a shoreline encompassing sand, rocks, lawn and forest it made a superbly beautiful setting for the showing of sculpture.

The instigation for this move came from Crown Prince Frederik and Crown Princess Mary of Denmark. Enchanted by an experience of walking along the foreshore of Bondi during an earlier Sculpture by the Sea exhibition, they visualised a similar possibility occurring along one of the many beautiful beaches in Denmark. Discussions with the Mayor of Aarhus, the country’s second largest city, paved the way for the highly successful Sydney venture to expand its horizons.

On his first visit there, David Handley, the founding director of this now long established Sydney event, was immediately struck by the site’s wonderful possibilities with its great diversity of areas for the display of a range of sculpture. Accordingly, with his entrepreneurial a skill and expertise, he set about planning an overseas version of Sculpture by the Sea.

The resultant exhibition was an unqualified success; the selection allowed for the presentation of a challenging and stimulating variety of works reflecting contemporary sculptural trends and the actual positioning of the works, under the artistic management of Head Curator Axel Arnott, drew unstinting praise.

Of the 60 works that comprised the exhibition, roughly half were by Australian sculptors while the other half came from Denmark, various European countries, Japan, New Zealand and the USA. Of great interest were the two works by renowned British artists, Sir Anthony Caro and Philip King, a connection no doubt evolving from Ron Robertson-Swann’s earlier association with these major figures when he studied at St Martin’s School of Art in London in the sixties. They were at the forefront of new developments in sculpture, which Robertson-Swann brought back Australia on his return in 1968.

With works from such a range of countries the exhibition naturally became something of a showcase of contemporary sculptural practice. A number of works made strong, thought provoking environmental comments, some made amusing or ironical statements about life, one Australian work was created around a fusing of indigenous and Western modes of expression and many works, of course, were purely sculptural in the sense of arranging form and line, colour and texture.

The opening ceremony, performed by the Royal couple, was a lively, colourful affair with hundreds of balloons being released into the sky just as the clouds decided to bless the scene with a short lived deluge. But spirits remained high, the sun soon shone again and as at Bondi, the crowds came in their thousands to enjoy the engaging spectacle of sculptures expertly placed in an outstandingly beautiful landscape.

David Handley’s dedicated team and their Danish counterparts expertly organised a major event which was supported by a very impressive list of sponsors. As contemporary Australian sculpture has seldom been seen overseas, this was wonderful exposure for the Australian artists, many of whom flew to Denmark to see their work installed. If Sculpture by the Sea becomes a biennial event at Aarhus it will act as an entry to the European art scene for Australian sculptors. Either way the positive results will reverberate for years to come. 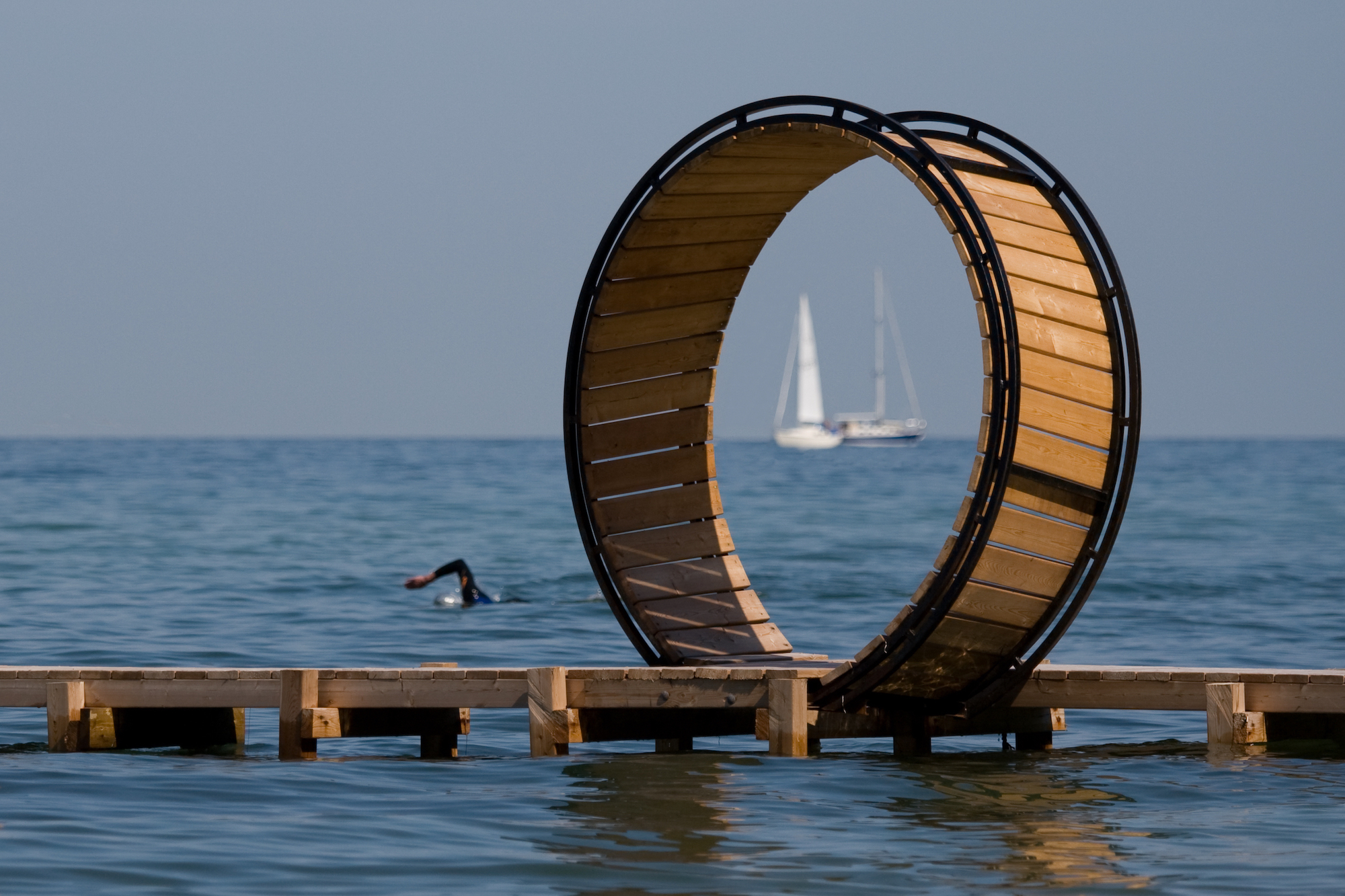