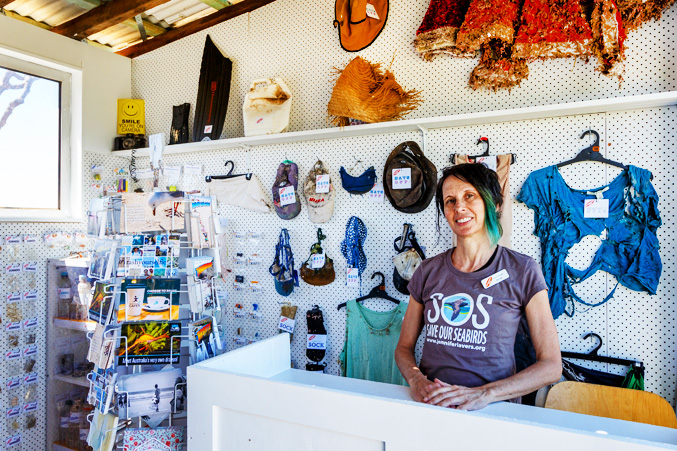 Sculpture by the Sea is pleased to announce Marina DeBris as the recipient of this year’s $30,000 Helen Lempriere Scholarship.

Following her critically acclaimed and popular work ‘Inconvenience Store’ in 2017, DeBris’ artwork ‘Just a Drop in the Ocean’ will be created from objects washed up on Sydney beaches. The work intends to raise awareness about marine pollution, to encourage viewers to take a closer look at things we usually ignore and to rethink our consumer habits.

The Helen Lempriere Scholarship is designed to enable artists to further their artistic development through travel, study and the purchase of important new equipment, as well as support the artist’s inclusion in Sculpture by the Sea, Bondi. DeBris will use the scholarship to facilitate travel to collaborate with other artists, undertake millinery courses, update her studio and tools, and fabricate ‘Just a Drop in the Ocean’.

DeBris began picking up rubbish along beaches over 20 years ago. Her mission began when she moved to Venice Beach, in California in 1999. Trained as a graphic designer at the prestigious Rhode Island School of Design, DeBris’ interest in the intersection of art and the environment has been a constant. Her artwork has gained international attention and a solo exhibition at the National Maritime Museum earlier this year. In 2017 ‘Inconvenience Store’ received three awards at Sculpture by the Sea, Bondi 2017, including the Allens People’s Choice Prize and the Waverley Council Mayor’s Award.

“I was both surprised and thrilled to learn that I would be receiving the Helen Lempriere Scholarship. Sculpture by the Sea has been an important influence on my career since I returned to the Australian coastline. A special thanks to them and Perpetual for believing in my mission! With this scholarship, I will not only be able to continue this work, but it will also enable me to improve my craft and upgrade my tools – as well as allowing me to afford space for the growing mountain of daily waste (supplies) I collect!”, said Marina.