Sculpture by the Sea, Bondi 2018 Artists Itamar Freed (UK/Israel) & Anne Levitch (NSW) are both working with a material called Jesmonite. Invented in 1984, Jesmonite is making its debut appearance this year in Bondi in two completely different ways. 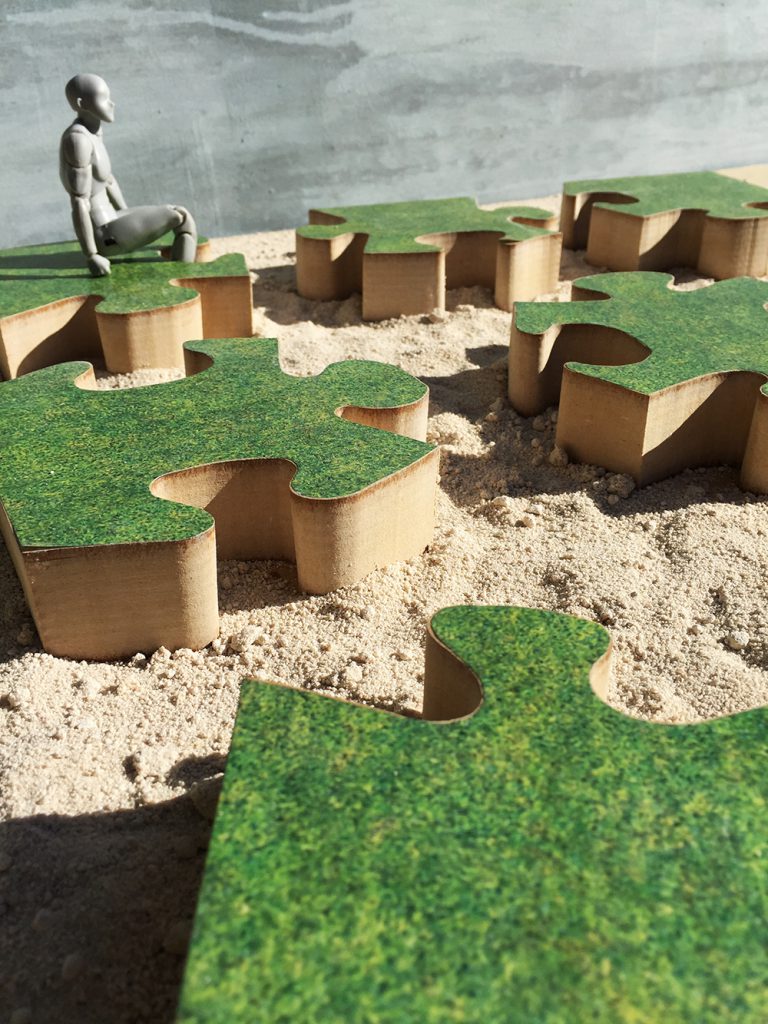 Sculpture by the Sea’s Site Manager put Anne and Itamar in touch upon hearing they were both looking at using Jesmonite, a material traditionally used for building facades and matching heritage details.

Itamar Freed’s sculpture for Sculpture by the Sea, Bondi 2018 ‘Whispering to Venus (self-portrait as Venus)’ is a collaboration between the artist and an algorithm. The work will be constructed utilising a mobile 3D scanner to capture himself posing as Venus, after Botticelli’s iconic painting ‘The Birth of Venus’.  The sculpture will be created through a computer controlled machine in jesmonite concrete and resin to more closely resemble classic Greek sculptures.

Freed said, “the ‘old masters’ are actually my greatest teachers. I learn from them and from art history, by repeating, being inspired by and studying their work. It’s interesting for me to mix mediums and work, between ‘old masters’ and new technology – like our world which is all mixed up. By looking back to the past one can learn a lot about the future.”

Waiting for her jesmonite to arrive from Shropshire, England, Anne Levitch decided on the material after considering plywood, aluminium, steel, glass reinforced cement. With Anne’s background in the built environment, jesmonite proved to have benefits in its longevity, was lighter than cement, was cost effective and had the capability of being used in harsh outdoor environments. Even better were its properties of being non-toxic and its ability to have a natural stone-like appearance.

For Sculpture by the Sea, Bondi 2018, Anne Levitch will be producing 9 pieces-puzzling to create order from chaos, the work references the constant flux of individuals and communities coming together and breaking apart. While some are buying their own patch of ‘turf’, others are being ousted, ‘turfed’, from ancestral homeland.

The work alludes to the fact that we are all tied into a greater subdivision of a whole, where we all own a patch of this earth. Anne’s work, ‘Turf Wars (2018)’ will be located on Tamarama beach- her pieces organically coming up out of the sand.

Itamar Freed, Sculpture by the Sea, Bondi 2018 ‘Whispering to Venus (self-portrait as Venus)’