Life Governors of Sculpture by the Sea 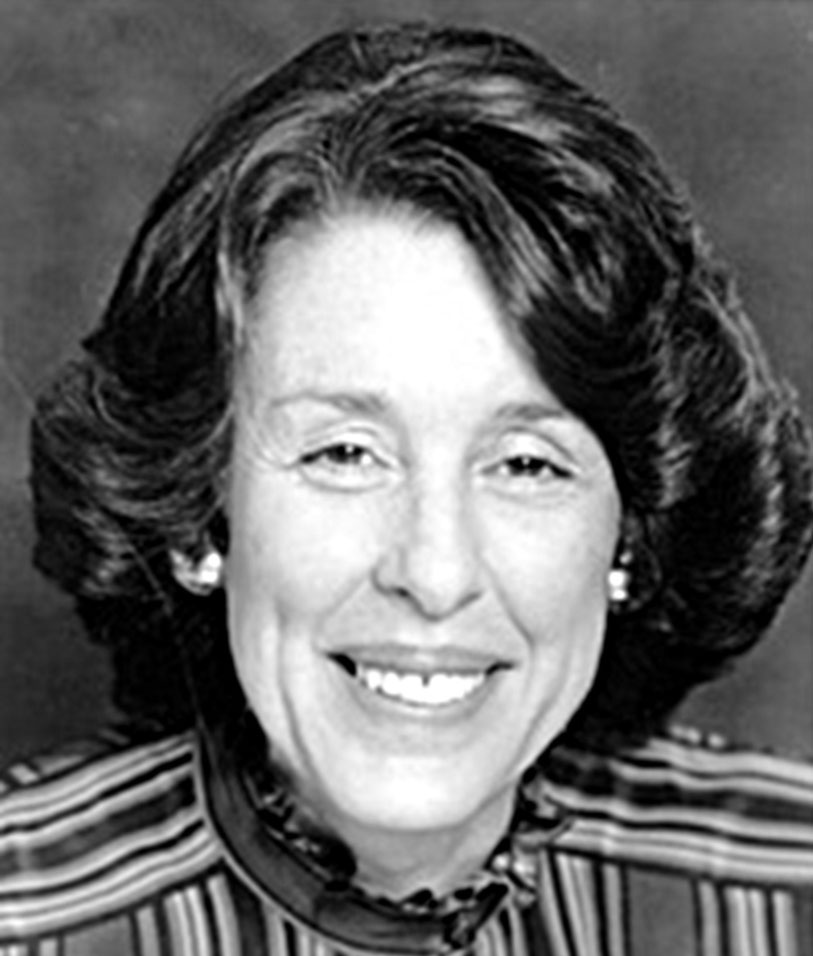 Rosemary Foot AO (Sydney) – Both as Chair from 2006 – 2007 and during her time on the Board from 2005 – 2009, Rosemary combined her love of sculpture with her knowledge of politics and her experience in the philanthropic sector to play the key role in the development of the philanthropic support for Sculpture by the Sea and our relations with the State and Federal government and their arts funding bodies.

A key role played by Rosemary as Chair during the development of our not for profit organisation was the working relationship of the Board with the day to day operations. In this regard Rosemary brought her considerable experience to the role, setting in train the way we conduct our affairs to this day.

Of note, Rosemary did not understand the reason for the lack of funding from the State and Federal arts funding bodies and she endeavoured to seek ways to secure pubic sector funding without which we would be greatly restricted in everything we were trying to achieve. To this end Rosemary secured our first discretionary funding from the Australia Council of $30,000 and shared all of our frustration when this did not result in the building of a relationship with the Australia Council.

On the positive side of the ledger, Rosemary played a key role in our discussions throughout 2010 with the NSW State Opposition in the lead up to the 2011 election when they pledged to provide our Sydney exhibition of $300,000 per year for four years. This grant was a pivotal moment for Sculpture by the Sea, enabling us to provide the first reasonable level of financial support for each of the artists in the Sydney exhibition together with much needed funds for the annual costs of staging the exhibition.

Given her deep love for and knowledge of sculpture, Rosemary’s role included many discussions on the way our organisation should seek to support the sculptors, our contractual relationships with sculptors and extended to being a member of our Sydney exhibition’s Awards Judging Panel in 2012. 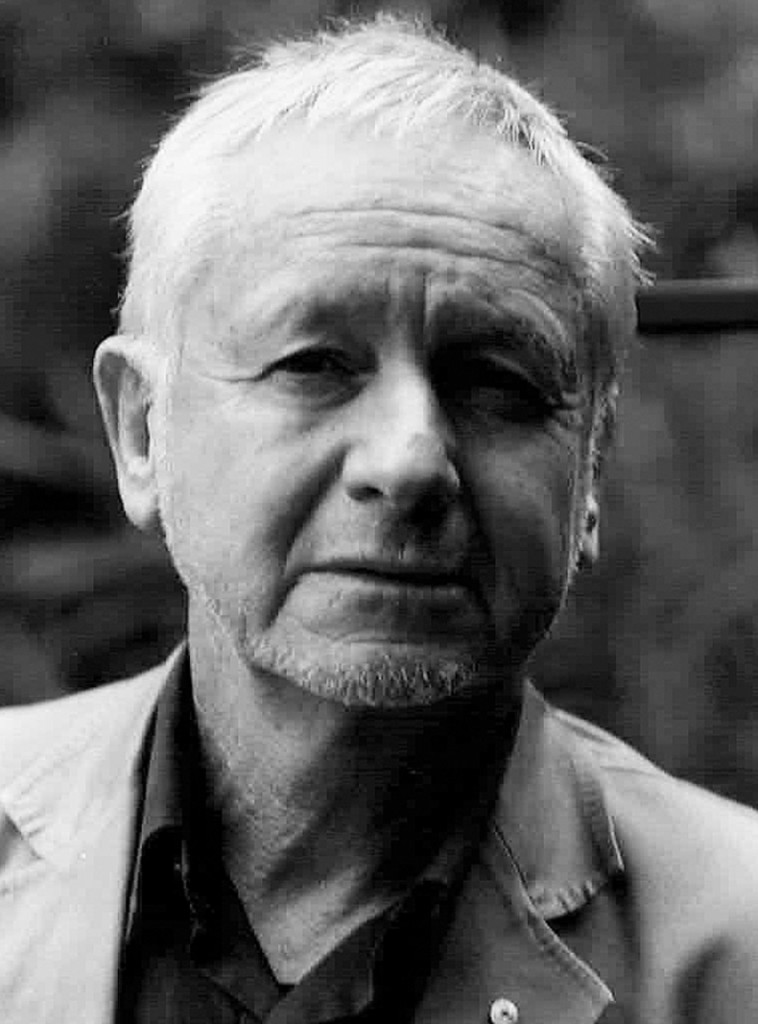 Ron Robertson-Swann OAM (Sydney)- One of the most noted sculptors in Australia with key leadership roles in the departments of Sculpture at the National Art School and Canberra School of Art, Ron was instrumental in the establishment of Sculpture by the Sea. From the very first day of planning in 1997 he advised and encouraged the exhibition to be a broad church embracing all forms of sculpture. In this way Sculpture by the Sea would foster the freedom of artistic expression unrestrained by administrative policies or curators visions, providing opportunities for leading and emerging sculptors ignored by those in charge of the key public art funding bodies. By presenting a diverse range of sculpture to the exhibition’s visitors, many of whom are unfamiliar with sculpture, the aim was and is to offer them the opportunity to delve into sculpture to explore what they enjoyed.

It is a challenge to stage exhibitions with up to 110 sculptors from around the world and to treat each artist as evenly and fairly as possible.  It is even more difficult to do so when our limited resources, especially in our early years, meant we could not support the artists with their most basic requirements. In all key areas of our relations with artists and the art world Ron was our key adviser: both to the Board from 2003, when our not for profit organisation was established; and from 1997 to our Founding Director David Handley.

Ron’s reputation and encouragement resulted in many of Australia’s leading sculptors exhibiting in our first one day show in 1997 – ensuring Sculpture by the Sea got off to a good albeit humble start.  He then provided key advice and introductions to leading sculptors and curators around Australia to enable the five exhibitions to take place around Australia for the 1998 Sydney Olympic Arts Festival ‘A Sea Change’ (Darwin, Noosa, Albany, Tasman Peninsula and Bondi).  Importantly Ron’s relationships with leading English sculptors, most notably Sir Anthony Caro and Philip King CBE, led to their exhibiting in our Australian exhibitions and in Aarhus, Denmark.

A founding member of the Visual Arts Board of the Australia Council in the 1970’s, Ron was fully aware of the decline in the interest of the Australia Council after its early years to most forms of sculpture and has been a leading voice for reform of the agency.  His support of Sculpture by the Sea has been instrumental in drawing this situation to the attention of key government decision makers resulting in changes that have made it possible for our not for profit organisation to start to receive some recurring government funding, initially from the NSW State government in 2011 and the Federal government in 2016.  Without this funding it would not have been possible to grow the exhibitions or the level of support for the artists.

Ron has exhibited many times to critical acclaim in Sculpture by the Sea in Bondi, Cottesloe and Aarhus, however as a board member from 2003 – 2016 he was not eligible for our major award or the Helen Lempriere Scholarships. 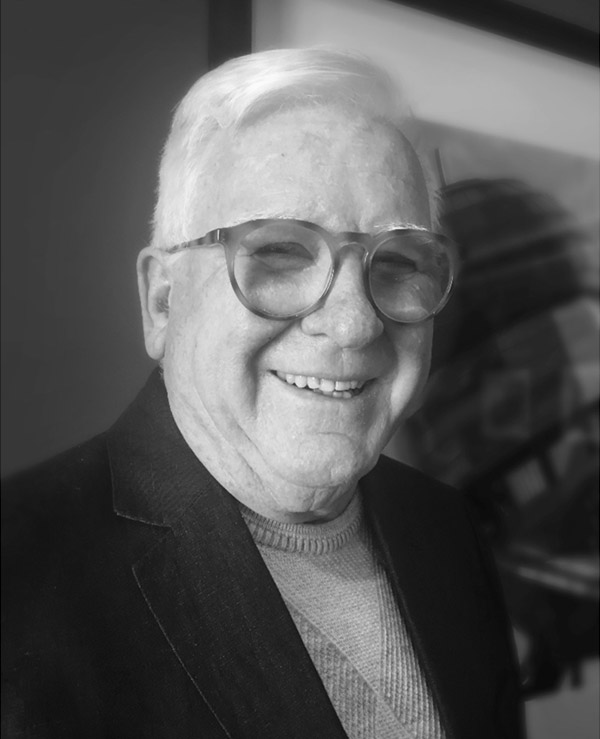 John Thompson (Perth) – One of the early private donors and supporters of Sculpture by the Sea, Cottesloe John Thompson played a key advisory and philanthropic role in the development of our Perth exhibition – and he has been a lot of fun along the way. The advisory role began in a friendly, ad hoc manner in the first years of the Perth exhibition and quickly developed into the role of key adviser and sounding board for our Founding Director and Board on all decisions that required knowledge of the private, corporate, not for profit, local and State government sectors in Western Australia.

The advisory role expanded during John’s years on our Board from 2011 – 2015, resulting in many important developments, especially with the State Government and Cottesloe based organisations. Since he stepped down from the Board John has continued his advisory role and is an ever watchful eye over developments offering key advice that has resulted in good outcomes for all concerned in the many challenging situations that arise when a major event is held in a public space. The need for guidance on sensitive local matters has been among John’s most important contributions.

Of note, John has been instrumental in introducing many private individuals to donate and support our Perth exhibition, seeing the philanthropic support for the exhibition increase through his wide circle of friends and associates. This has extended to the support from the government and corporate sectors, including our enjoyable and longstanding partnership with our fabulous wine sponsor since 2011, Thompson Estate of Margaret River, owned and run by John’s brother’s family of Peter, Jane and Alexandrea.

Over many years John and his wife Soosie have played a key role in hosting many functions large and small at their home among their sculptures for our artists, donors, sponsors and staff. These extend from our inaugural Decade Club function to providing a free home away from home for artists during each exhibition and our Founding Director on his regular visits to Perth. 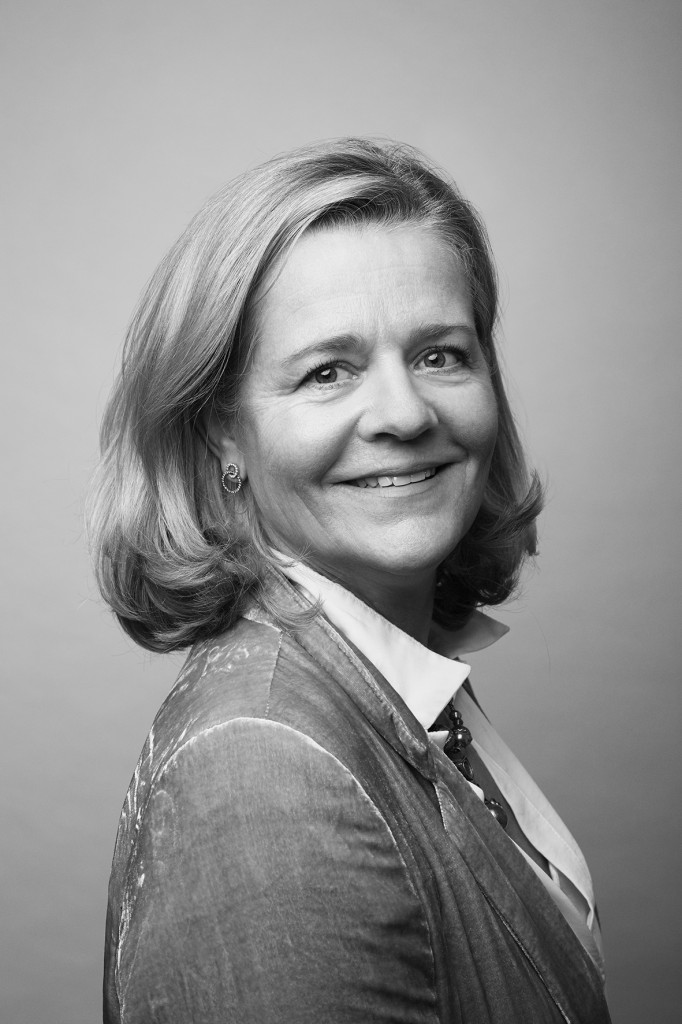 During her time on our board from 2008 – 2010 Nicola developed two key strategic initiatives that she realised were necessary for the survival and development of Sculpture by the Sea. The first was an economic impact assessment study of the tourism income our Bondi exhibition generates for the NSW economy. The study, for which Nicola organised the pro bono consulting work of Booz & Co and Oxford Economics, demonstrated the $24M annual direct spending contribution by tourists travelling to NSW specifically to see the exhibition and $60M in indirect spending. This resulted in The Hon. Barry O’Farrell MP, on becoming Premier, providing a $300,000 per year grant to our Sydney exhibition for four years – our first recurring public sector funding of note that enabled us to fund the $2,000 cost contribution for each artist in the Bondi exhibition.

The second initiative was to unilaterally establish our capital fund with an initial substantial donation in 2010 and a further substantial donation in 2011.  It is only with the security of our capital fund that we have been able to manage the financial risk of increasing the support for the artists, most notably to cover their installation costs for both the Bondi and Cottesloe exhibitions, while enabling our not for profit organisation to take the further risk of increasing the number of staff required to run the expanding operations of our exhibitions. Without our capital fund Sculpture by the Sea would either not exist today or would be a far smaller operation.

Nicola, together with her husband Andrew, are the Australian Exhibition Patrons.  Each March since 2005 they have hosted a drinks party in their Perth home to welcome all of the visiting international and interstate artists to Perth for Sculpture by the Sea, Cottesloe. This annual tradition is a great way to welcome the sculptors to Perth, with many sculptors works finding their way into the Forrest collection. 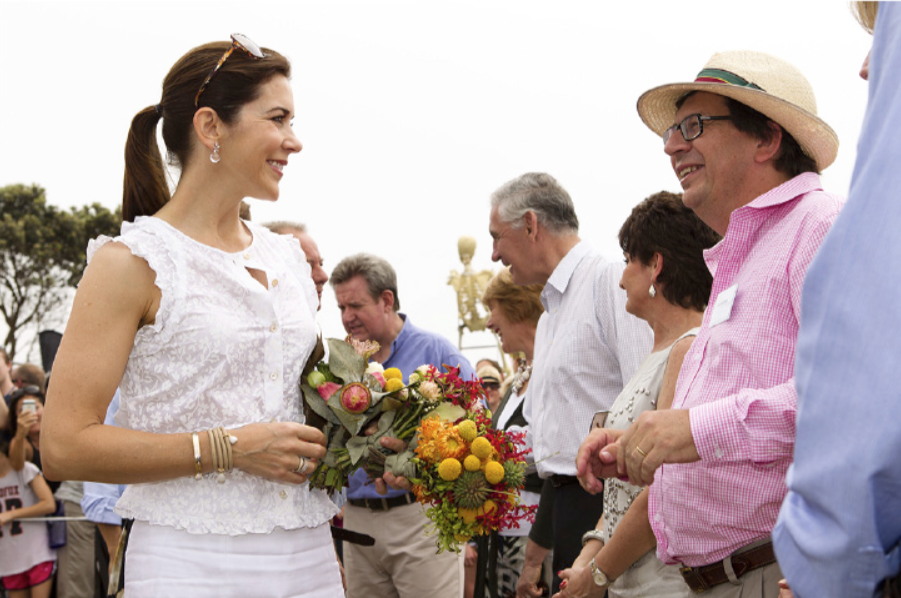 Crown Princess Mary of Denmark with Dr Andrew Bell SC at Sculpture by the Sea, Bondi in 2011

The Hon. Justice Andrew Bell, President NSW Court of Appeal (Sydney) – As Chairman from 2010 – 2016, following four years on our Board from 2006, Andrew has been instrumental in the development of Sculpture by the Sea from a small organisation barely able to stage two large annual exhibitions in Sydney and Perth, to a well established arts organisation that is widely regarded as the peak body for sculpture in Australia and a home for international sculptors.

The amount of time Andrew committed to Sculpture by the Sea during these years, which he somehow fitted in with his very busy practise as a Senior Counsel at the NSW Bar, is testament to his enthusiasm for the exhibitions and what we aim to provide to the sculptors and our visitors. His advice stretched across every aspect of our organisation from all matters legal to all key strategic initiatives and challenges. This helped to ensure we were able to grow the Sydney and Perth exhibitions and the support for the artists each year, while evolving from a staff of only five full time employees and two part time, to 14 full time and five permanent part time staff.

There have been considerable growing pains along the way and Andrew has been there to advise and encourage at each step, while also personally donating each year and to our capital fund. Leading the Board as it considered whether our financial situation allowed us to take the next big financial step in supporting the artists has been of crucial importance. A more cautious Board would have taken matters far more slowly, but Andrew understood each step was a necessary and calculated financial risk, no matter how expensive, given the lengths the artists go to in each exhibition. Key steps included the introduction of a universal minimum income for artists in our Sydney exhibition of $2,000; followed later by covering the costs of the heavy installation equipment for all artists first in Sydney and then in Perth.

Importantly, Andrew led the way in our many years of negotiations with the Australia Council over their continued failure to provide reasonable and regular funding for the artists and our exhibitions. While these discussions did not always go as we would have hoped, Andrew never ceased to look for ways forward.

Key initiatives Andrew was instrumental in developing include: ‘Sculpture at Barangaroo’, which we held for this first time in 2016 on Sydney Harbour and again in August 2017; and the annual Sydney Sculpture Conference at the Sydney Opera House, also held for the first time in 2016 and being presented again this year during Sculpture by the Sea, Bondi 2019.

One thing that cannot be replaced is Andrew’s cutting wit and humorous speeches!