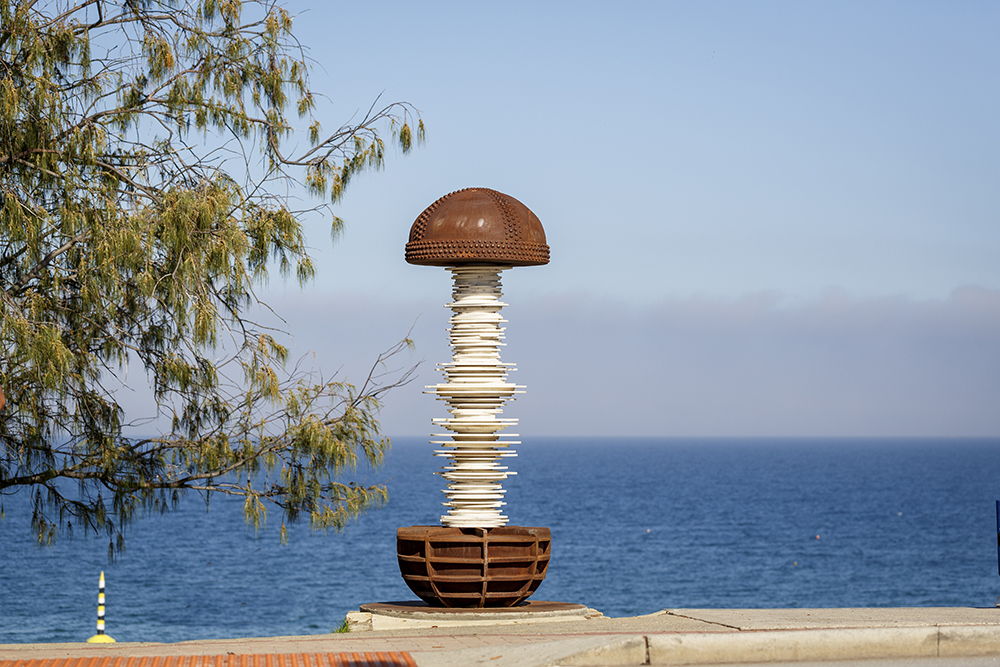 The $50,000 Rio Tinto Sculpture Award has been awarded to Harsha Vardhan Durugadda of India for his work ‘Column of Sound’ at Sculpture by the Sea, Cottesloe (pictured).

The award was announced by Chris Salisbury, chief executive Rio Tinto Iron Ore at the opening of Sculpture by the Sea, Cottesloe.

Rio Tinto, our Principal Partner, is gifting ‘Column of Sound’ for permanent public placement to the City of Busselton.

Durugadda says of his work, “‘Column of Sound‘ is based on the visual dynamics of an audio wave. Sound – temporal and ephemeral – translated to tactile and eternal. A paradigm shift of our sensory experience.”

Founding Director of Sculpture by the Sea, David Handley, AM said, “This is a wonderful work by a fabulous and imaginative artist. It is exceptionally hard and adventurous for an artist to exhibit from overseas, with the added costs and logistics, so I am delighted for Harsha and look forward to him exhibiting many times in the future. He is also a very nice bloke and this award will be a major step in what I believe will be a great career.”

The Rio Tinto Sculpture Award was selected by a judging panel of leading figures in the visual arts:

Chris Salisbury, Chief Executive of Rio Tinto’s Iron Ore group said, “Rio Tinto is pleased to continue our support of Sculpture by the Sea in 2017, a partnership we embarked on last year, in our 50th anniversary year of shipping iron ore from the Pilbara. Such events like Sculpture by the Sea play an important role in creating a sense of place and encouraging social participation.

Congratulations to Harsha Vardhan Durugadda for receiving the Rio Tinto Sculpture Award for your thought provoking sculpture ‘Column of Sound’.

Durugadda was born in Andhra Pradesh, India and lives in New Delhi. Join us in extending congratulations to the artist.