2007 year of the surf lifesaver By Ed Jaggard, Author of Between the Flags

It is a truism that Australia is an island continent, surrounded by seas and oceans washing up on some of the world’s finest beaches. For more than a century many Australians and ever increasing numbers of tourists have enjoyed these summer playgrounds, knowing that their safety is guaranteed by a unique voluntary organization, Australia’s surf lifesaving movement. In fact by their presence these ‘guardians of the surf’ have been responsible for the development of a hedonistic and carefree beach culture. How then did this happen?

Soon after daylight surf swimming became legal on Sydney beaches at the beginning of the twentieth century, drownings increased and there was a growing concern for public safety. So in February 1907 a dedicated group of young men, most trained in rescue and resuscitation methods by the Royal Life Saving Society, formed the Bondi Surf Bathers’ Life Saving Club, the first in Australia. Other clubs soon appeared, and in October 1907 the body which was the predecessor to Surf Life Saving Australia, came into existence. One hundred years later this is being celebrated by the Year of the Surf Lifesaver.

Surf lifesaving expanded quickly. By the outbreak of World War 1 in 1914 surf lifesavers were patrolling many of Sydney’s popular beaches, and elsewhere in New South Wales. During the same period, in 1909, a club was formed on the continent’s western rim, at Cottesloe, heralding the beginning of a national movement. As the twentieth century gradually unfolded, surf lifesaving successively spread to the beaches of Queensland, Tasmania, Victoria, South Australia, and eventually the Territories. As it did so, because of its visibility it began to imprint itself on the nation’s consciousness.

From the outset surf lifesaving drew attention to its beach presence by defining safe swimming areas through the placement of flags. Indeed ‘Swim Between The Flags’ has gradually become a mantra for beach users. Organised weekend beach patrols conspicuous in their red and yellow caps confirmed this, while at the same time projecting a masculine image of discipline, military style training, teamwork, and above all a willingness to help those in trouble in the surf. Together the reel, line and belt and surfboat suggested an innovative, progressive movement, while often spectacular surf carnivals (competitions) demonstrated the skills and stamina of surf lifesavers.

However by the 1960s it was clear that surf lifesaving was in danger of becoming a victim of its own success – complacent and out of step with emerging social and economic trends. To its great credit, in the next two decades it re-defined itself in several important ways. The acceptance in 1980 of women as members of beach patrols reflected a long overdue change in attitudes, while the introduction of rescue tubes, rescue boards, IRBs, rescue helicopters, and the innovative ironman event into competition, demonstrated a willingness to embrace new technology and the growing trend towards individualism.

Today, in its Centenary Year, Surf Life Saving Australia is flourishing. More than 300 clubs, 100,000 members and over 520,000 rescues nationwide since 1923 signify its success and appeal. Flexibility, professionalism, eye catching forms of competition, together with training in a host of lifelong skills are the hallmarks of Australia’s largest volunteer organization, now acknowledged as a national icon. The founders on the beaches of Bondi, Cottesloe and elsewhere, can be proud of their achievement.

Isn’t it fitting that a new development on Australian beaches sees Bondi and Cottesloe as home to Sculpture by the Sea. 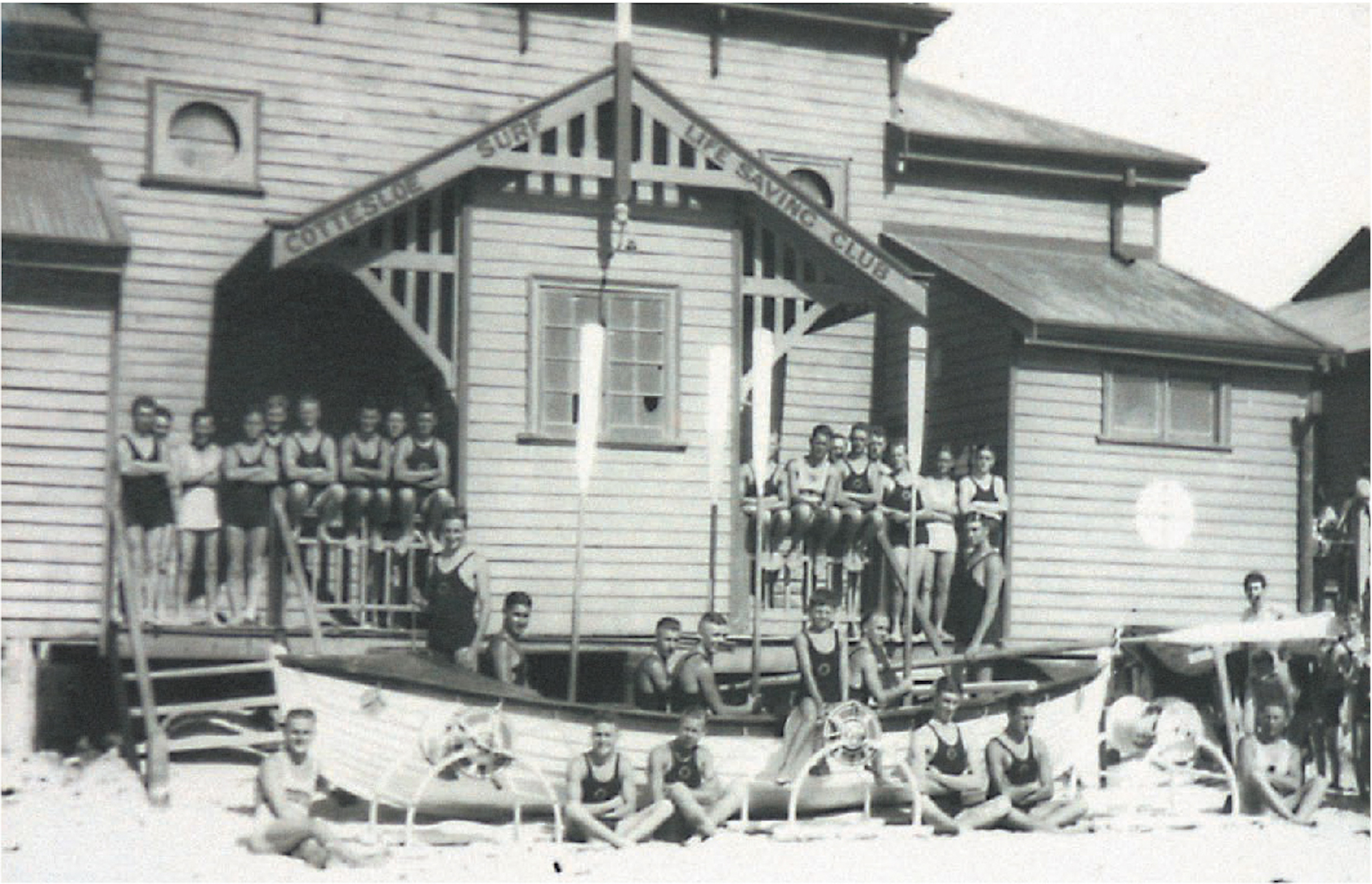