‘Wings of Our Angels’ unveiled at Wayside Chapel 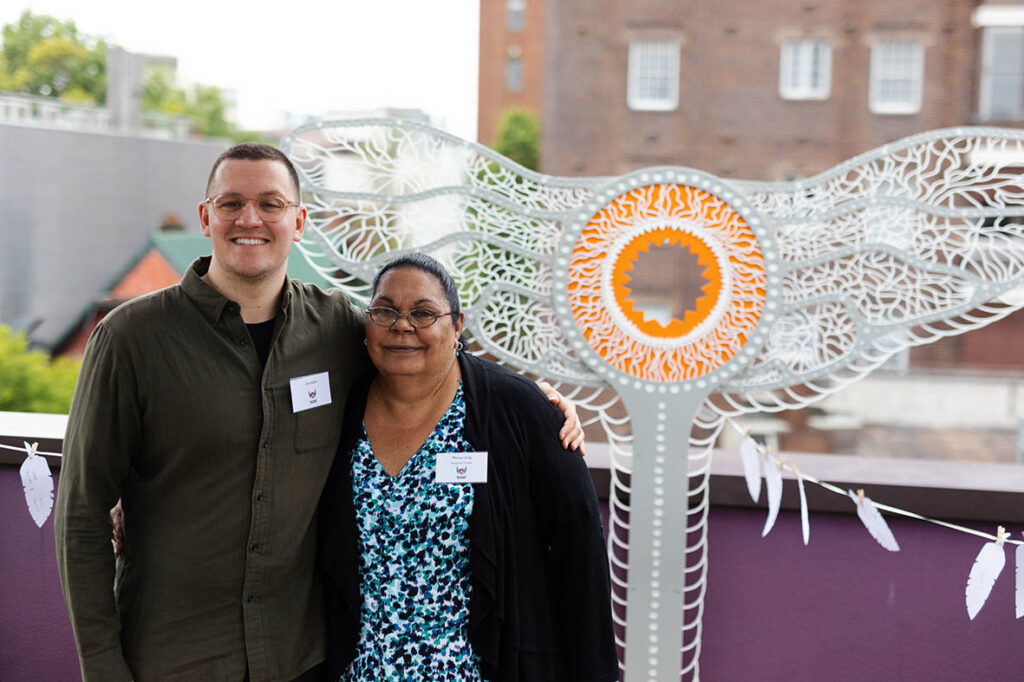 Members of the Sculpture by the Sea staff were delighted to be at Sydney’s Wayside Chapel in Kings Cross for the unveiling of ‘Wings of Our Angels’, a sculpture by Joel Adler and Aunty Nancy Long on Tuesday 12 October 2022.

“It was a beautiful occasion,” said David Handley, Artistic Director and Founding CEO of Sculpture by the Sea, commenting on the wonderful work that Wayside Chapel does – amazing people helping those whose lives are often upside down.

Wayside Chapel acknowledged the instrumental role Sculpture by the Sea played in facilitating finding the right artists and the right sculpture for the location and the project.  Two years in the making, the sculpture is now installed on the Wayside Chapel’s rooftop garden. This collaborative work pays tribute to those who leave a gift in their will to Wayside. When a gift is received, the person will be remembered with a metal feather engraved with their name which will be added to the sculpture.

“It’s really important that the feathers of the wings are slowly growing over time. So that’s why there’s a lot of empty space in the work. I’m hoping in 20 years’ time we’ll come back and see it filled with names,” said Joel Adler

The sculpture itself was generously funded by Alexander Michael – a renowned designer – in honour of his late husband, Tony White, a celebrated fine jeweler and avid art collector.