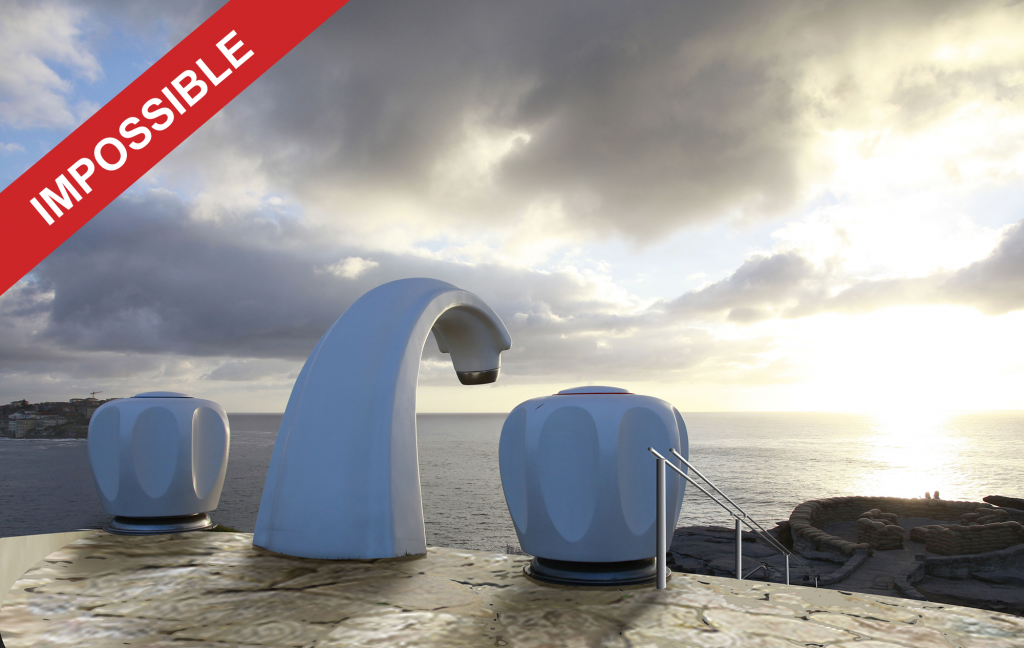 Waverley Council’s decision to build a 279m long by 1.8 metre wide concrete path around Marks Park on the south Bondi headland is set to put the annual Sculpture by the Sea, Bondi at risk, causing the popular exhibition to lose forever eight of the 10 best sites that have helped make it a unique, world-class event enjoyed by over 450,000 people each year.

Said founding director of Sculpture by the Sea, David Handley AM: “Waverley Council’s decision is devastating for Sculpture by the Sea and destroys Marks Park as a window to the world for the hundreds of thousands of people that come to see the artworks set against the iconic backdrop every spring.”

“We have informed Council this is likely to be the last exhibition. It is too late to cancel for 2019, although nine sculptures will no longer be able to be exhibited and 12 will be greatly compromised. Artists have already done so much work and spent hundreds of thousands of dollars while our team has been working for over eight months preparing for the 2019 exhibition using sponsor, donor and government funds, so we will forge ahead but then it will probably be the end of Sculpture by the Sea, Bondi. Marks Park will no longer offer the pristine backdrop suitable for a major international exhibition.”

Handley continued, “In order to continue providing the cultural, social, education, access, tourism and economic benefits that Sculpture by the Sea offers each year we are calling for expressions of interest from coastal councils in Sydney and around Australia to be considered as a new home for the exhibition.”

The Chair of Sculpture by the Sea, Alice Spigelman AM, added, “The world’s largest, free-to-the-public outdoor sculpture exhibition will be significantly diminished for all visitors forever.”

Artists are so inspired by the Marks Park ridge they spend an average of $25,000 of their own money to create works to exhibit on these prime sites. In total some 40% of the sites for sculptures in Marks Park will be lost or greatly compromised by the Council path.

Further, two of Australia’s leading risk management consultants have found key aspects of Council’s plans are unsafe and that having an access path on a very exposed ridge with steep slopes just metres away exposes people in wheelchairs, using prams or other mobility aids to strong and gusty winds that would likely result in injuries requiring hospitalisation.

“Sculpture by the Sea, which has provided an Access & Inclusion program for 10 years, strongly supports the idea of making the Bondi coastal walk accessible,” said Ms Spigelman. “We support the plans that disability advocates Justin Reid and Adam Long prepared with Waverley Council in 2013, which provide much better access to a far larger part of the actual coastal walk.”

Sculpture by the Sea, Bondi brings demonstrable and significant cultural, artistic, tourism and economic benefits to the local community. A recent economic study by BIS Oxford Economics estimated visitors to the event contributed more than $11 million in direct spending to local Waverley food and beverage businesses, while interstate and international visitors travelling to Sydney specifically to visit the exhibition contribute $38.9M to the NSW economy.

More widely, from school groups to seniors, people have quite literally voted with their feet for 22 years, while the exhibition provides countless opportunities for emerging and recognised Australia artists to exhibit their work alongside some of the world’s great sculptors.

“In the face of little to no visible resident, public or disability sector support for the positioning of this path in Marks Park, we are at a loss as to why there is such determination to run a visual scar through one of the great sculpture sites in the world and one of Sydney’s most loved open green space coastal headlands,” Ms Spigelman concluded.