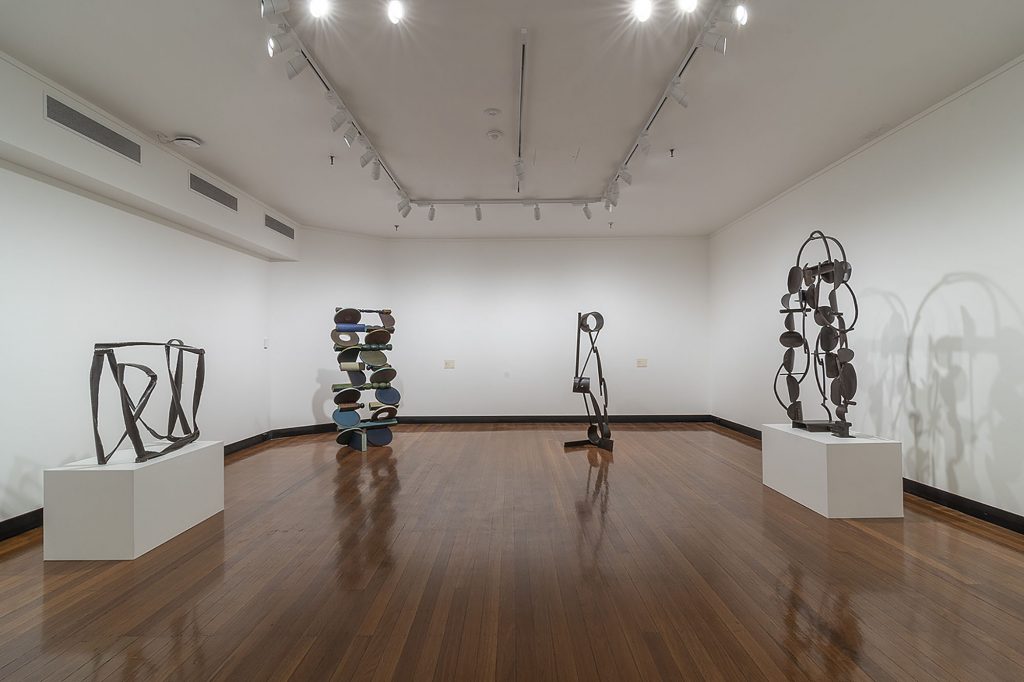 James Rogers, a regular exhibitor with Sculpture by the Sea since 1997, has a survey of his works from the last decade, currently on show at the ANU Drill Hall Gallery in Canberra.

Terence Maloon, Director of the Drill Hall Gallery and Tunnelvision exhibition curator has provided us his review of the exhibition that has been “laid out non-thematically and non-chronologically, stressing lively variety on the one hand, and consistency of quality and sheer ability and flair on the other.”

During the decade Rogers produced sculptures in several distinct series, ranging across various materials and modalities. Five works in the exhibition represent the series of painted plywood sculptures he developed between 2007-11. The series comprises some fifty variations, yet the five works selected do justice to his marvellously successful fusion of polychromy and tumbling, zig-zagging three-dimensional forms.

“Plywood can’t join up tip to tip,” Rogers explains. “These constructions require a mass which will allow you to screw, glue and nail. The corrugated structure derives from the bridging elements, the interaction between the bridging timber and the plywood. It gave me a rhythm, and I ran with it – I could expand and generate variety from it.”

The reciprocal relationships between parts and wholes are of abiding interest, both to the artist and to the viewers of his survey. The presence of a distinctive element or set of elements enables us to identify phases of Rogers’ production and to perceive the differences between one body of work and another. It is evident how his configurations “grow” out of the latent possibilities of parts, which behave like micro-elements in a newly invented language forming a range of novel, experimental syntagms. 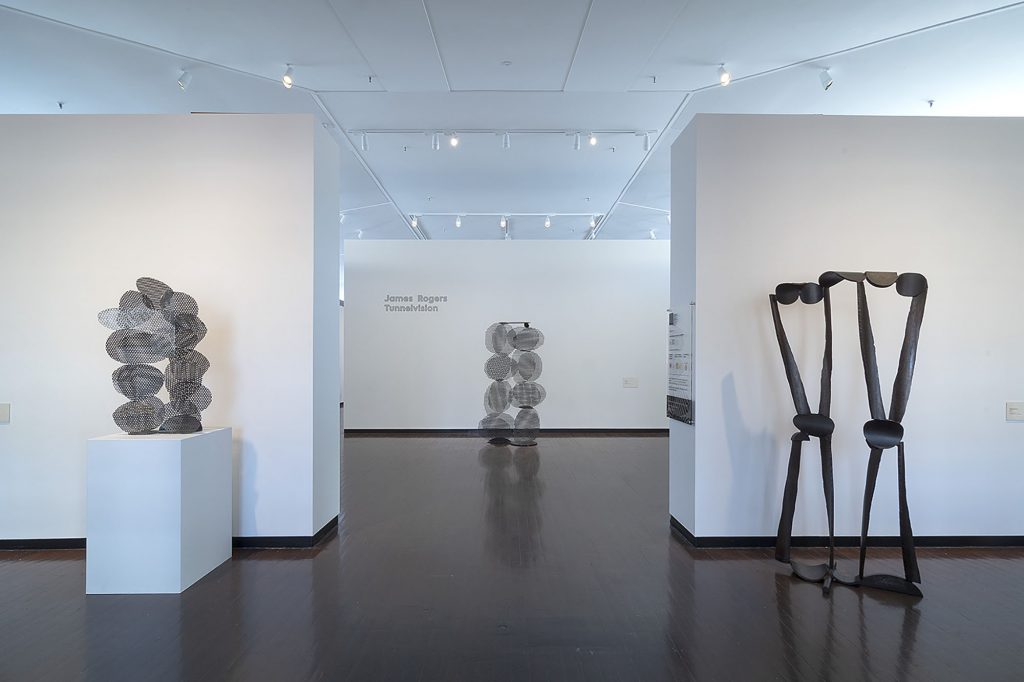 For example, cylinders which have been straight-cut from lengths of steel pipe are a defining feature of two works from 2010-11, where they are counter-poised with long, straight rods which behave like juggler’s wands, performing a virtuoso balancing act. In a subsequent series, circular and ovoid forms, also cut out of steel pipe, proliferate in vertical columns which may suggest rising bubbles, beads of an abacus, wind-chimes and the multiplication of cells – the building blocks of organic life.

These same steel pipes (of different bores and of different wall thickness) subsequently provided Rogers with twirling, ribbony shapes cut along their lengths. The formal potentialities of these twisting elements have been developed quite magnificently, ushering in an expansive, sinewy, gestural vernacular which brings a unique range of poetic associations. Their superbly choreographed arabesques can evoke bodily gestures and human stance as well as natural phenomena such as kelp forests, shedding bark, ripples in water, etc. 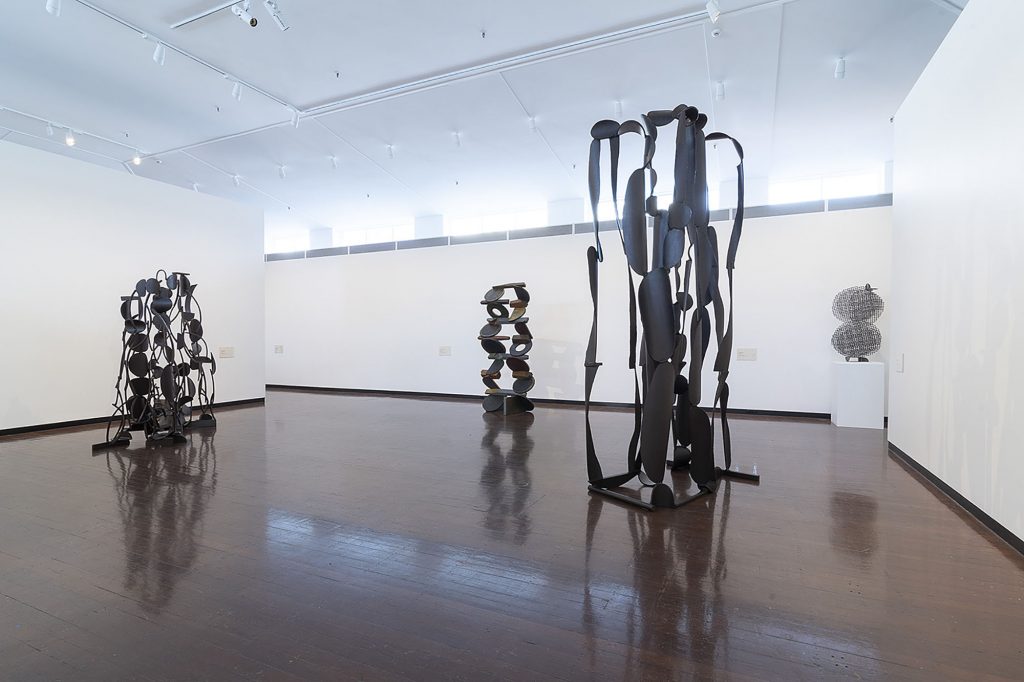 Asked how he recognises the completeness and resolution of sculptures like these, Rogers replies: “It’s the outcome of the unifying phase making good. I think there’s an implicit body language in each sculpture. It’s somehow a matter of realizing the muscle-tone within each aggregation. Once you’ve discovered the sculpture’s fundamental, essential, visual structure, you can recognise that it’s there by the sound it makes. You can shake the sculpture and get a tone out of it. It comes back to being a thing.”