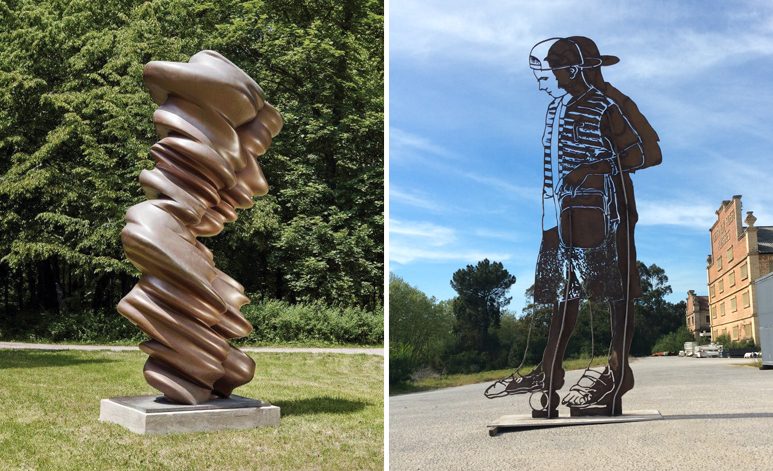 Sculpture by the Sea, Cottesloe 2017 (3 – 20 March 2017) is delighted to announce two of the world’s best known artists, Sir Tony Cragg RA and Zadok Ben-David, as this year’s Tourism Western Australia Invited Artists to exhibit major works in Western Australia for the first time.

Cragg, one of the world’s foremost sculptors, is exhibiting Luke (2008) a monumental and complex bronze sculpture where profiles appear and disappear from the surface.  This work exemplifies the artist’s continued and prolific sculptural push over the past 40 years toward a newly abstracted understanding of the human figure that questions why we are as we are, and why we look like we do.

Ben-David, one of England and Israel’s best known artists, first came to prominence as part of the New British Sculpture Movement in the early 1980s which reacted against much of the minimal and conceptual art of the 60’s and 70’s. The monumental figurative corten steel sculpture Big Boy (2016), presented for its inaugural showing at Sculpture by the Sea, is from the artist’s most recent body of work, inspired by travelling the world crossing paths with people, ‘People I Saw but Never Met’.