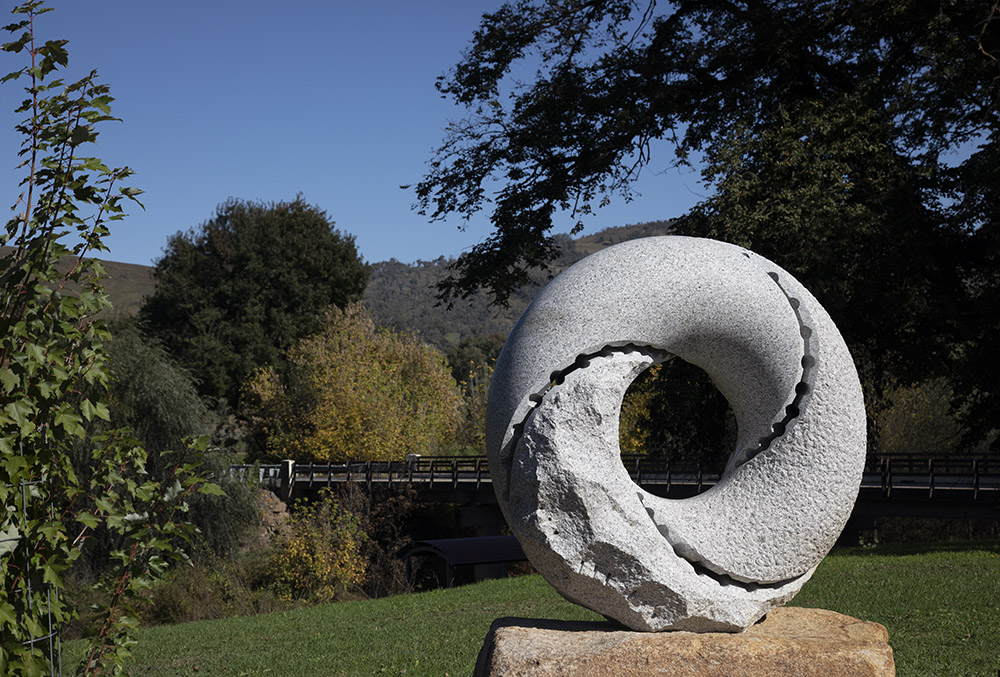 Can art help save rural communities, raise spirits, and improve the quality of life? Right at this moment, there is a bold experiment taking place to do precisely that and, so far, it has been a resounding success.

In the summer of 2019-20 bushfires devastated the scenic Snowy Valleys with huge areas of bushland and forest blackened, houses and businesses burnt, and lives ruined. Recovery takes many shapes and forms from rebuilding infrastructure and houses to reforestation, and the creation of new social amenities.

The energetic founder of Sculpture by the Sea, David Handley, drawing on his extensive experience of organising sprawling ‘exhibitions’ of sculpture stretching lengths of coastline at Bondi, Cottesloe and in Denmark, suggested the creation of a major permanent sculpture park in the Snowy Valleys. The idea immediately got legs, but Handley, as an experienced campaigner, realised that public sculpture only works if it has the overwhelming support of the local public. Lengthy consultations with a broad base of locals from the region suggested that a sculpture park in a single location could fan rivalries and an alternative and, in some ways, unprecedented idea was born of a sculpture trail that would run about a hundred kilometres from Adelong (near Tumut) through Batlow, Tumbarumba and through to Tooma near the Victorian border.

Along this route, initially at seven locations, major world-class sculptures would be permanently installed to encourage a flow of cultural tourism that along the way would visit these regional towns and scenic beauty spots, vineyards near Tumbarumba, and cideries at Batlow. The NSW Bushfire Local Economic Recovery Fund came on board with a four-million-dollar grant. The expertise of the Sculpture by the Sea organisation swung into gear and by May 2022 twenty-six sculptures had been installed with more to come by the end of the year and others to be added in April 2023. What began as a thought bubble evolved into a dream and this is now becoming a reality. 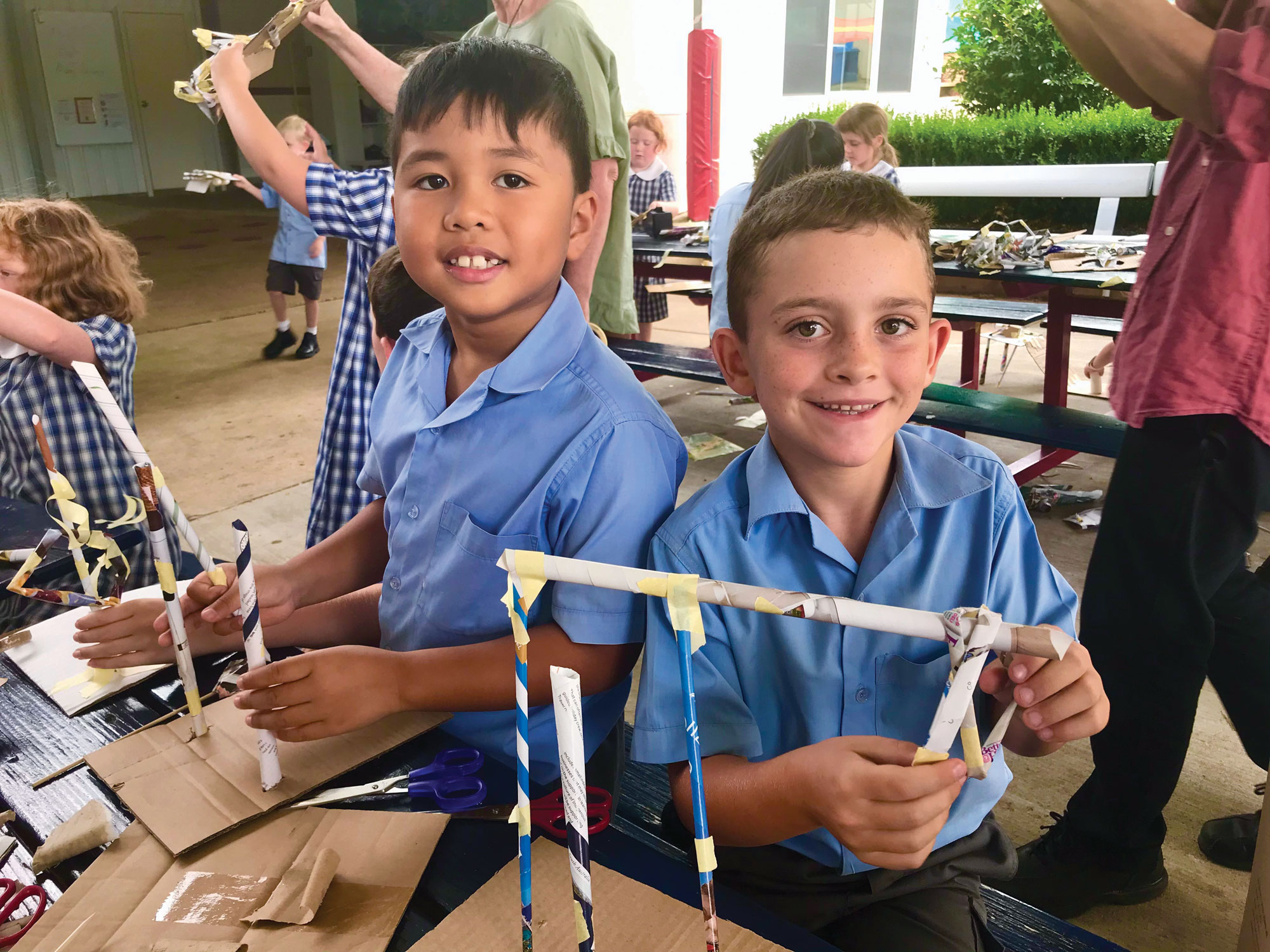 What struck me as I travelled this sculpture trail was the sense of ownership by the local community – locals constantly referred to projects as ‘my sculpture’ and had developed their own nicknames for the works. This is not to say that everyone I met was in love with every work or would remember the names of the artists involved. But people felt that they had been consulted and that they owned the process. In short, most of the locals saw themselves as ‘in the tent’ and had an informed opinion concerning the new arrivals in their neighbourhood. The Sculpture Trail School Education Program has involved virtually all of the schools in the area and pupils and teachers have had access to workshops with sculptors as part of a process of claiming the art as part of the local cultural environment. The young can often be the best conduit for explaining new art to a broader community. 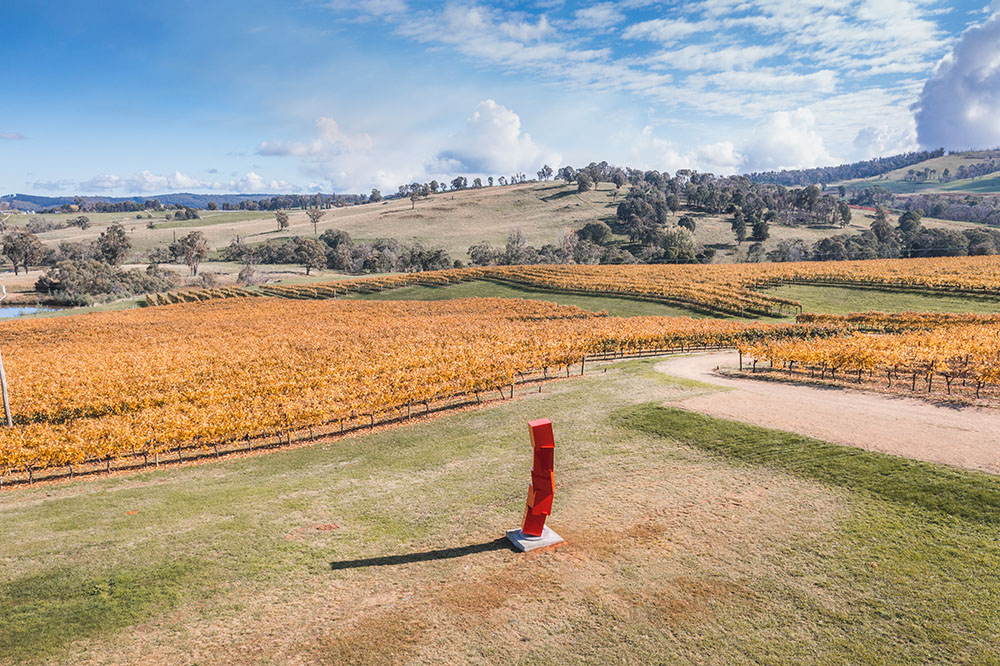 What of the sculptures themselves? The biggest achievement is that the Snowy Valleys Sculpture Trail has not taken the easy path of what sometimes is referred to as ‘public art’ or ‘community art’ where the artwork is reduced to the lowest common denominator. There is no slick kitsch here. A professional curatorial jury selected each of the works and, as could be expected in a project that was funded by a grant for ‘shovel ready’ work, most of the art is by artists who have exhibited previously in Sculpture by the Sea. Many of the pieces have already been exhibited to public acclaim. This is a very impressive selection of sculptures that would look good in any international company and it is a huge accomplishment that the locals, many of whom may not come from an art background, do not generally feel ‘left out’ or annoyed by piles of ‘inexplicable junk.’ Not everyone may love it, but the great majority appear to accept it and have an opinion on it. 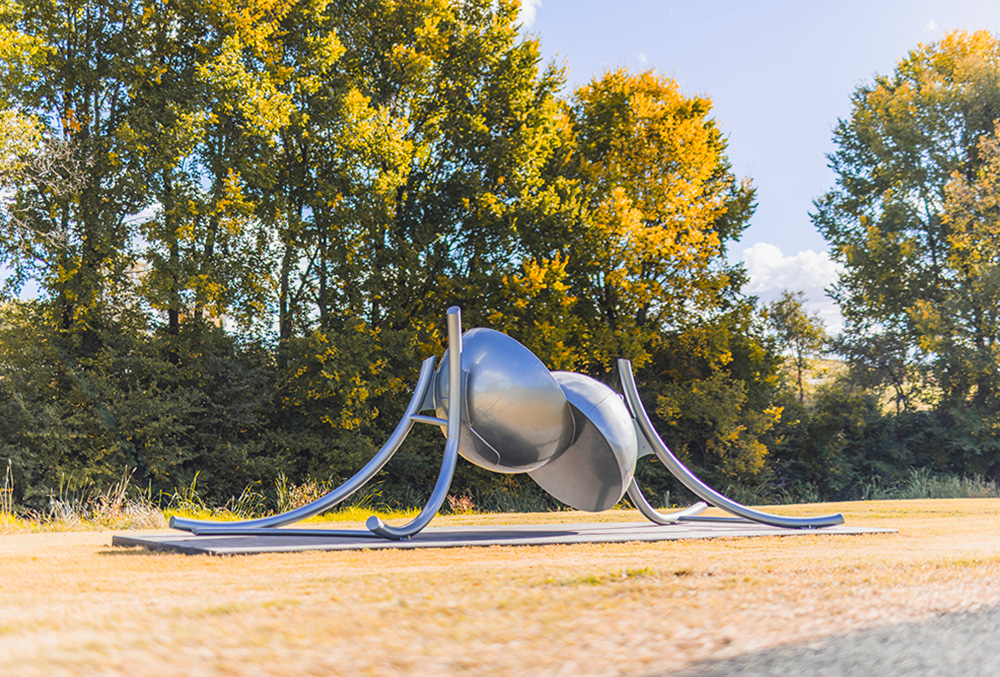 Some of the highlights, for me, include Haruyuki Uchida’s Thinking Red – a more than four-metre-high column made up of red steel cubes supported by magnets and gently swaying in its scenic location within a vineyard. Other Japanese sculptures that shine along this sculpture trail include Keizo Ushio’s huge carved granite ‘donut’ (as a local described it to me); Akiho Tata’s Pink Eggplants disguised in painted granite; Takeshi Tanabe’s stainless steel arch; Takahiro Hirata’s black granite almost two-metre high arrowhead and Takeshi Tanabe’s sensuous flowing granite block.

Michael Le Grand’s Schism is a two by six metre steel structure with a strong and imposing presence that hints at a world that is out of joint. The Slovak sculptor Lubomir Mikle’s four-metre-high corten steel circular structure is spectacular in its setting along the river in Adelong. Ron Gomboc’s The Elder is an impressive, towering, over five-metre-high aluminium sculpture that stylishly suggests harmony and reconciliation. The Danish sculptor Keld Moseholm, with his awkward bronze figures arranged around granite blocks, is one of the few clearly figurative sculptures along the trail and is hotly debated by locals. 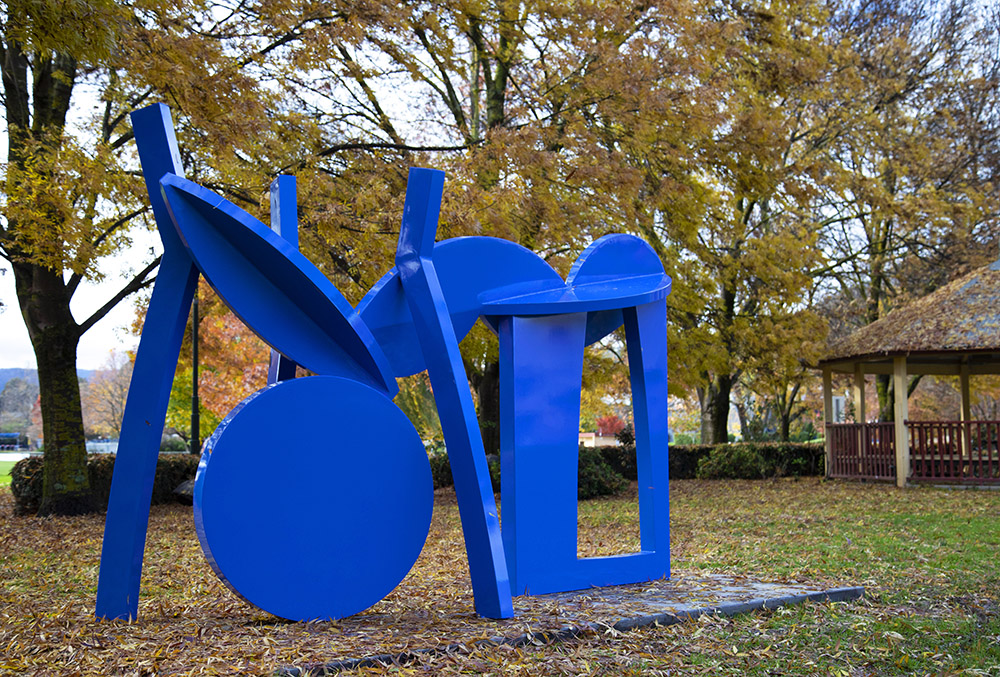 Stephen King’s imposing four-and-a-half metre high sculpture from stringybark gums in Tumbarumba is striking and memorable, while Philip Spelman’s steel Lumina Folds around the corner in the same town forms a strong visual contrast. Richard Tipping’s challenging word art and Guiliana de Felice’s carefully erected tongue-in-cheek road signs add humour to the display. Suspended up in the trees are huge sculptures by two Western Australians, Tania Spencer and Norton Flavel as well as one by Gavin Younge from South Africa. 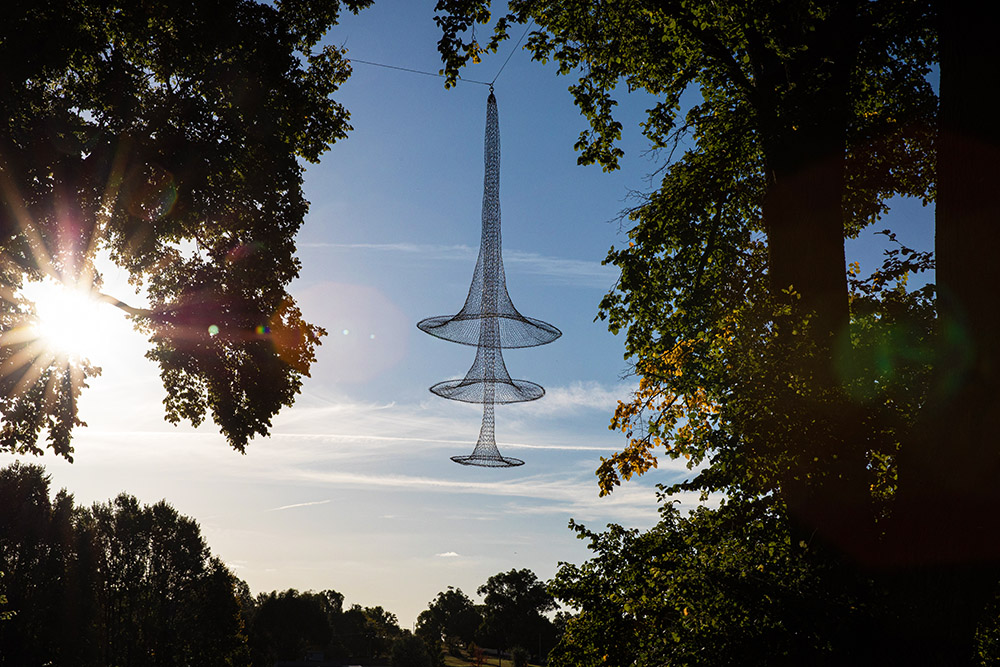 Each person who travels this sculpture trail will arrive at their own list of highlights and surprising encounters. Some will be amused by the Shop Art Projects in Batlow and Tumbarumba that I gather will be regularly changed at six-month intervals; others could be entranced by Harrie Fasher’s The Last Charge on its hillside location at Adelong.

When visiting the Snowy Valleys Sculpture Trail be prepared to be challenged, delighted and amused and have a great time while doing it. Judging by friends’ social media posts, it is already becoming a hit with visitors from Canberra and Sydney.