Last year’s Operation Crayweed Art-Work-Site and art and scientific collaboration by Jennifer Turpin and Michaelie Crawford for Sculpture by the Sea, Bondi, aimed to ‘reverse local extinction’ and bring Crayweed underwater seaweed forests back to Bondi, where they once flourished. 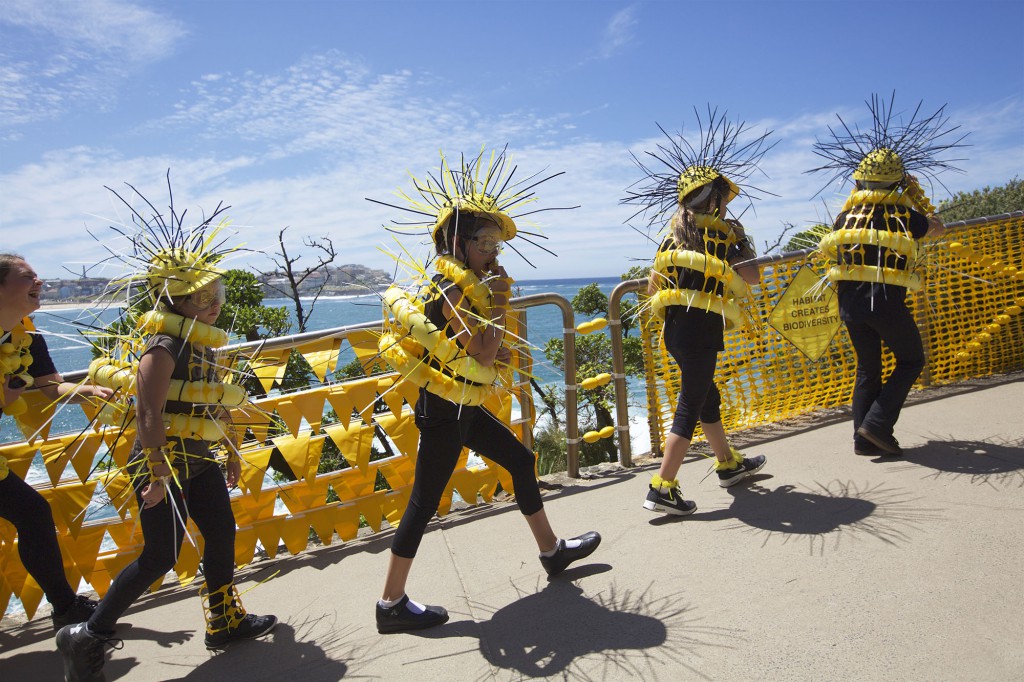 Despite a severe storm that damaged the Crayweed planted in the southern side of the bay, the scientists didn’t give up. They repeated the restoration in the less exposed northern side of the bay and this second restoration has been successful – the adult Crayweeds have reproduced and now have dozens of ‘Craybies’ growing on the rocks surrounding the transplant mats. We hope these will be the first generation of a self-sustaining new population of Crayweed that will continue to expand.

The Bondi restoration is being followed up with other underwater reforestation efforts elsewhere in Sydney, including new forests being planted in South Head, Coogee and Maroubra in the south and Whale Beach, Warriewood and Freshwater in the north. 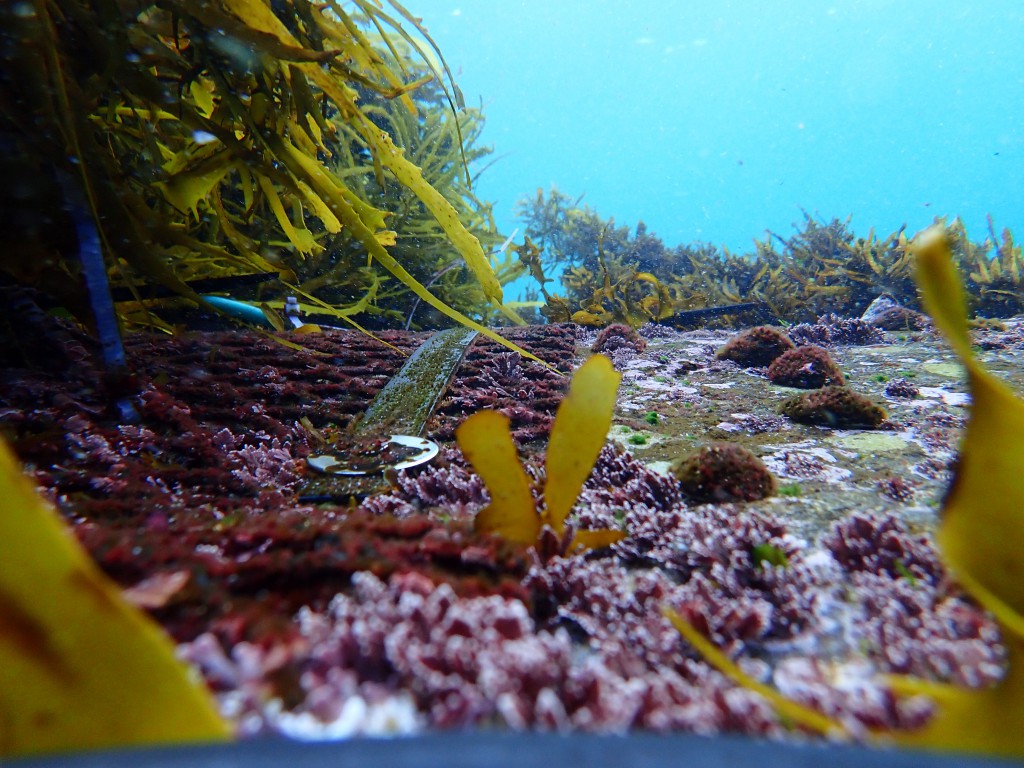 ‘Operation Crayweed Art-Work-Site’ was part of Sculpture by the Sea, Bondi 2016. The art project played an important role in bringing this environmental marine restoration to the attention of all the visitors along the coastal work.

‘Operation Crayweed Art-Work-Site’  is an ongoing collaboration between the artists and Marine Ecologist Dr Adriana Verges and her scientist team from UNSW and SIMS (Sydney Institute of Marine Sciences). It is a creative environmental project of renewal bringing together art, science and the community.