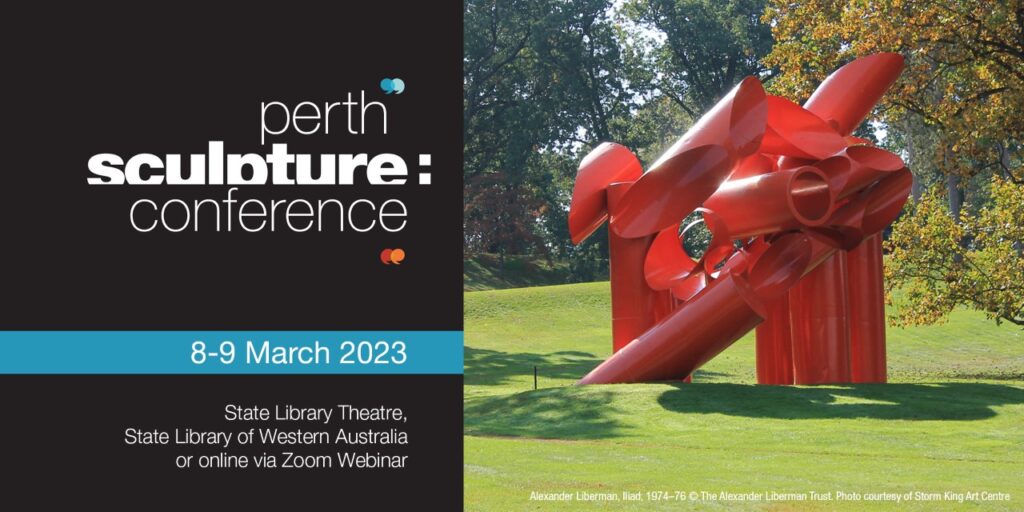 Sculpture by the Sea is pleased to announce that New York’s Storm King Art Center, widely regarded as the most important public sculpture park in the world is the International Presenting Partner for the Perth Sculpture Conference.

The Perth Sculpture Conference will be held from 8 – 9 March 2023 at the State Library of Western Australia, as part of Sculpture by the Sea, Cottesloe 2023, which runs from 3 – 20 March. The conference is also presented in partnership with local Western Australian organisation DADAA (Disability in the Arts Disadvantage in the Arts).

David Handley, Founding CEO & Artistic Director of Sculpture by the Sea said, “This is a wonderful opportunity for people in Perth and its visitors to hear directly from two of the leading international figures in Sculpture and for the artists from around the world in Sculpture by the Sea, Cottesloe to have their sculptures viewed by Nora and John.”

Speakers at the Perth Sculpture Conference include:

Storm King Art Center is a 500-acre outdoor museum located in New York’s Hudson Valley, where visitors experience large-scale sculpture and site-specific commissions under open sky. Since 1960, Storm King has been dedicated to stewarding the hills, meadows, and forests of its site and surrounding landscape.

Artistic Director and Chief Curator, Nora Lawrence, said: “I’m thrilled that Storm King Art Center has been invited to participate in the Perth Sculpture Conference, joining an impressive list of leaders in the display of outdoor sculpture from around the world with whom Sculpture by the Sea has partnered. I am excited to share more about our work at Storm King, and to learn from the other panelists, speakers, and audience members. The focus on accessibility is critically important and timely, and I look forward to collaborative and productive sessions. I am very thankful for the organization’s leadership in bringing together this important conference.”

President, John P. Stern, said: “Storm King Art Center is honored to be an inaugural partner for the Perth Sculpture Conference. The annual Sculpture by the Sea exhibitions in Cottesloe and Bondi are a beautiful example of how sculpture and landscape can create unforgettable and dynamic experiences. I look forward to spending time in Western Australia and among international colleagues and artists dedicated to bringing art and education to new audiences.”

Day Two of the conference will focus on Access & Inclusion and public sculpture including Keynote talks on Storm King and the Sculpture by the Sea, Cottesloe Access & Inclusion Program by Program Manager Jacqueline Homer of DADAA. The Perth Sculpture Conference program, to be held over two consecutive afternoons, will be announced shortly.

Working within a Community Arts and Cultural Development (CACD) framework, DADAA is a leading arts and health organisation that creates access to cultural activities for people with disability or a mental illness. DADAA offers targeted programs that include a broad range of traditional and new media projects in Western Australian communities.

David Doyle, Executive Director, DADAA, said: “Our partnership with Sculpture by the Sea over the past 14 years has been grounded in democratising the arts. With ‘access’ strategically placed at the core of public programming, an audience (a non-traditional arts audience) has been critically considered, programmed for, marketed to and an incredible tactile program has been provided to a large new audience for the arts; an audience that today reflects the intersectionality of a lived experience of disability. The resultant impacts of our work with Sculpture by the Sea can only happen through targeted partnerships and a shared willingness to address critical gaps in cultural access.”

The Perth Sculpture Conference is funded by the Federal Government’s RISE Fund to support the Arts and Arts organisations across Australia to recover from the challenges of COVID.

During their time in Perth, visitors to the conference will also be able to enjoy the 19th annual Sculpture by the Sea, Cottesloe, Perth’s largest free-to-the-public cultural event, which will be staged from 3-20 March 2023. The exhibition attracts an estimated 200,000 people each year to explore over 70 artworks by sculptors from around the world, which transform Cottesloe beach into a world class sculpture park for all to enjoy.