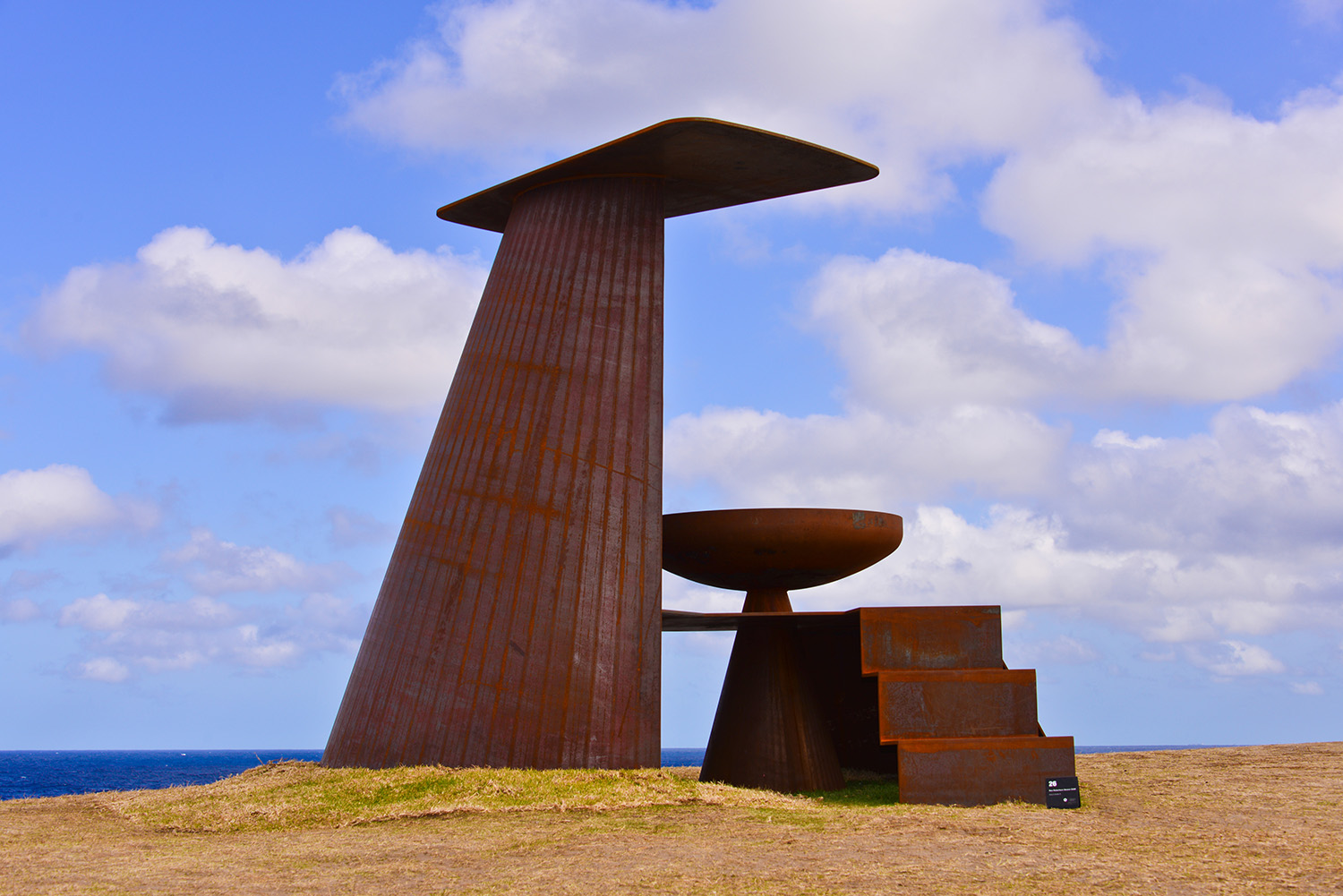 Our team sends warm congratulations to Sculpture by the Sea Board Member and prominent Australian artist, Ron Robertson-Swann OAM, for his participation in a new exhibition at the National Gallery of Victoria.

Hard Edge is an exhibition of important Australian sculpture from the 1960s and 1970s, and brings together works from a group of prominent Australian sculptors, including Ron Robertson-Swann OAM, Inge King, Lenton Parr and Clive Murray-White.

In 1978, Melbourne City Council commissioned Ron to produce a large scale work for the newly built City Square, in the heart of the city.  Such widespread objection to the work followed that the sculpture was controversially moved in 1980 to Batman Park and its nickname, ‘The Yellow Peril’, stuck.  It wasn’t until 2002 that it was re-located to the Australian Centre for Contemporary Art, where it remains to this day.

Ron’s Maquette for Vault (1978) is displayed amongst other seriously beautiful Australian abstract steel sculpture and Hard Edge asks the audience to reflect on how our society has viewed such work – in the past and the present.

Hard Edge runs at the NGV from February through to July 2016.