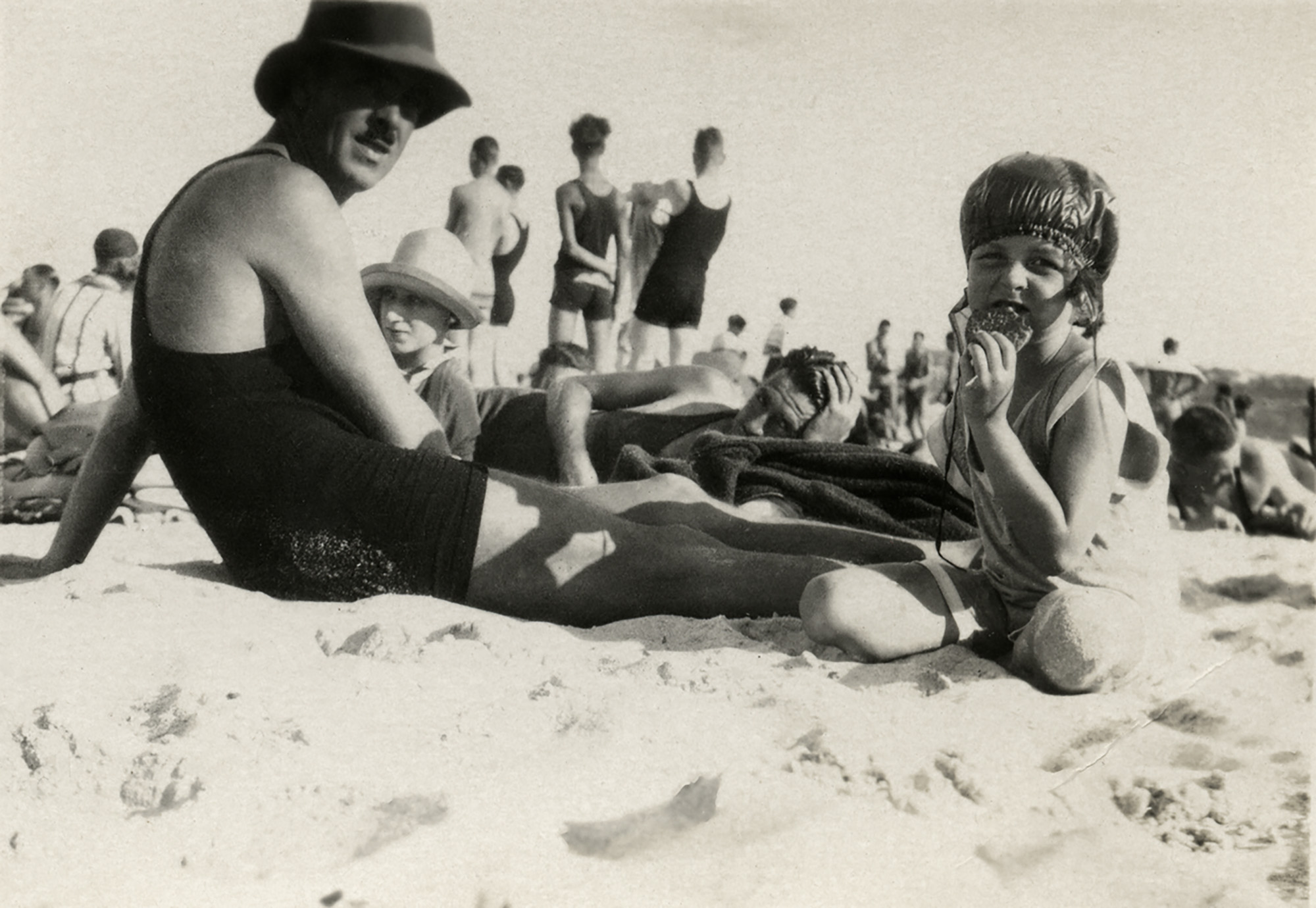 Courtesy of the Hoff family archive. Above: Rayner Hoff with his daughter Sandra, Coogee 1926

In 1928 Marks Park was a public reserve – a scrubby headland with breathtaking views over the Tasman Sea. It was this isolated headland and its surrounding beaches that attracted the British sculptor Rayner Hoff, and five years after his arrival in Australia, he purchased a small cottage perched on the edge of the cliff near Mark’s Park overlooking Tamarama Bay.

Hoff would be surprised but gratified to see that the site of his former home in Kenneth Street Tamarama now overlooks a major annual sculpture exhibition attended by thousands of people each day. For the last 18 years, Sculpture by the Sea has been held within a stone’s throw of his house, which was the second last house on the southern side of the street, now number 23 Kenneth Street, originally called ‘Rosamond’. Hoff lived there with his wife Annis and their two children from 1928 till his death in 1937. He loved surfing and spent many Sundays on Bondi beach with his family and students. During the height of his fame as a sculptor the two bedroom brick cottage was featured in an article in the Australian Home Beautiful magazine in August 1934, with photographs by Harold Cazneaux showing the sunroom with views across the sea. Other photographs from the period show that the cliff path ran behind his house, in the same position as it is today. 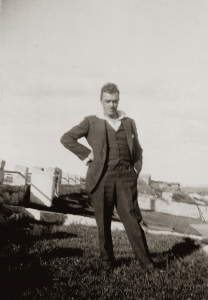 Rayner Hoff in the front garden of his house in Kenneth Street Tamarama, with Marks Park in the distance. c1932

Born on the Isle of Man 120 years ago, Hoff was 29 when he arrived in Sydney in 1923 from the UK to become Drawing and Sculpture Master at East Sydney Technical College (now the National Art School). His influence on the Sydney art scene was legendary, and at the art school he soon reorganised the course and helped introduce a five year Diploma based on the Royal College of Art in London, where he had studied and received many accolades. He also set up a huge private studio at the school and encouraged his students to work with him on the commissions which soon came his way. He created a dynamic school of sculpture that attracted a group of gifted students and in 1933 he was made lecturer-in-charge of the entire art department.

Despite being known as the most successful public sculptor in Australia in the 1930s, Rayner Hoff is now chiefly remembered for his impressive sculptures on the Anzac War Memorial in Hyde Park, Sydney, which opened in 1934. He also completed a remarkable number of public and private commissions, including the original iconic design of the Holden lion rolling a stone, a version of which is still used as the trade mark for the Holden car today. He received the Wynne Prize in 1927 with a marble portrait of experimental filmmaker Len Lye, and many of his sculptures are held in major Australian public collections.

His life was tragically cut short when, while surfing at his beloved Bondi, Rayner Hoff had a severe attack of pancreatitis and died in November 1937 in Delaware Private Hospital in Waverley, aged 42. After his death his wife and children stayed in Kenneth Street until Annis Hoff died in 1961. The house where Rayner Hoff lived for nine years has undergone many alterations over the last 50 years, and was finally demolished three years ago. As he was one of Australia’s pre-eminent sculptors, it would be fitting to install a public acknowledgement near the site where he lived. 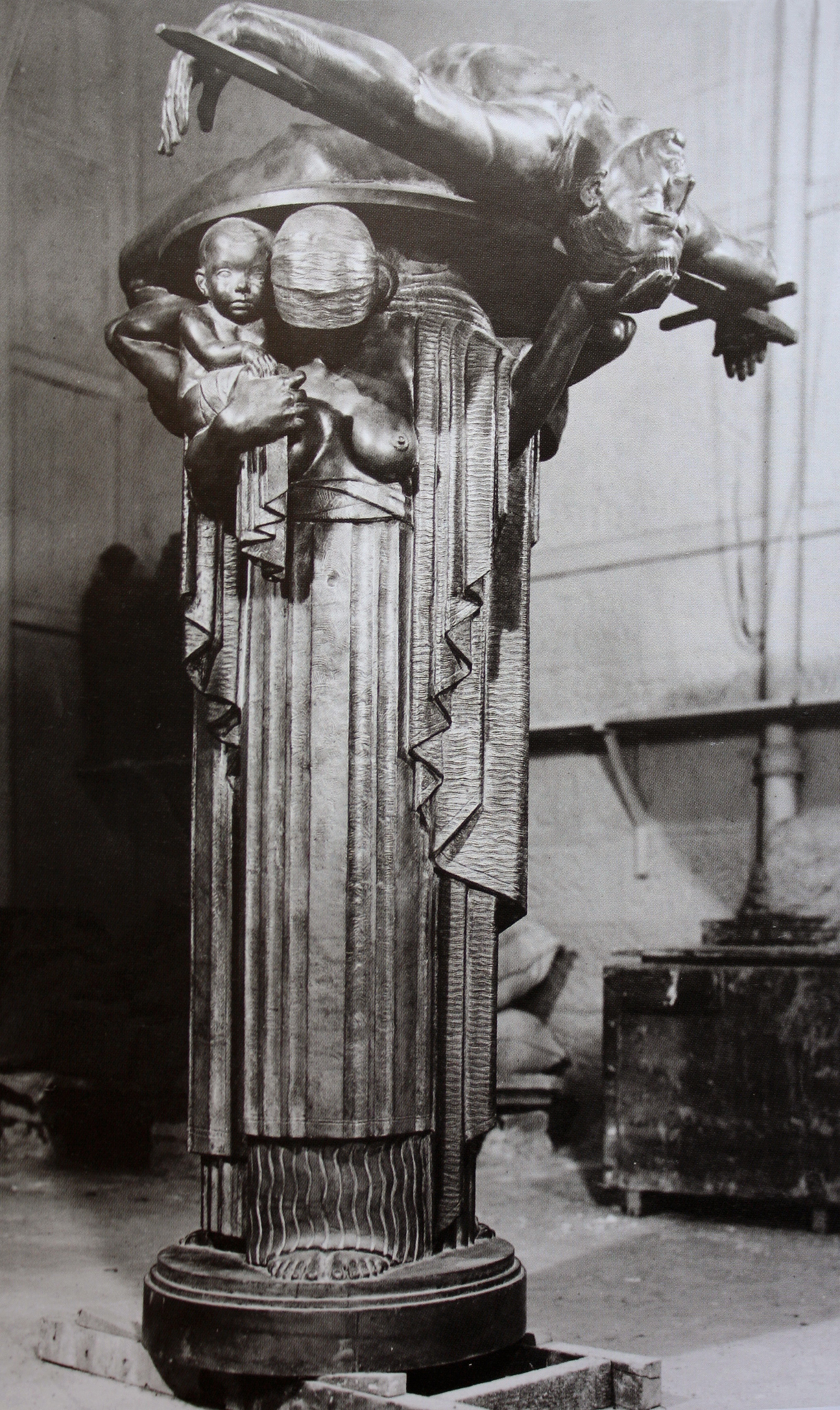