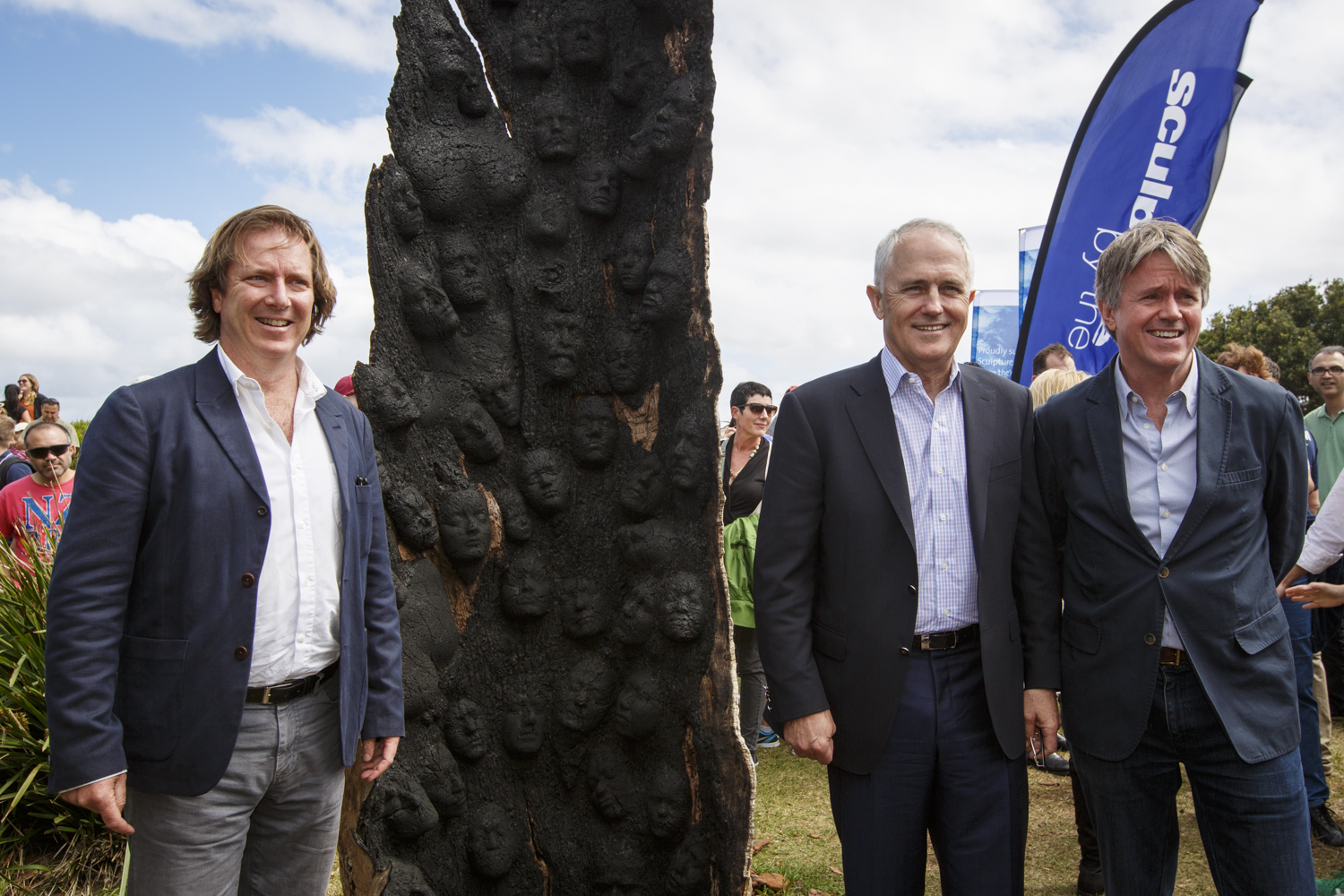 David Handley, Founding Director of Sculpture by the Sea, The Hon. Malcolm Turnbull Prime Minister of Australia and Ian McGill, Partner at Allens Linklaters with the Allens People’s Choice 2015 recipient ‘ashes to ashes‘ by Kim Perrier.

On Sunday 8 November in Bondi, Prime Minister of Australia The Hon. Malcolm Turnbull announced Kim Perrier as the recipient of the Allens People’s Choice Prize for his haunting sculpture, Ashes to Ashes.

Crafted from a hollowed Marri tree trunk, human faces are imposed in relief, as if joined with nature in a spiritual symbiosis: humanity and nature are literally merged into one.

In announcing the award Mr Turnbull said, “This work has intrigued visitors to the exhibition and been a clear favourite with the people of Sydney and visitors to the city. It is both quintessentially Australian and hauntingly beautiful.”

From his home in Western Australia, Kim Perrier was delighted to hear that he was receiving this award. He said, “Thank you to the great team at Sculpture by the Sea for their tireless work and dedication, without whom this wouldn’t be possible. After sitting beside Ashes to Ashes at Bondi for 4 days sharing my work and listening to people’s reflections, I realised this is a piece for the people and by the people. The sculpture started as an experiment in charcoal and somehow a far greater spirit evoked it’s magic in it’s creation. Our first nation aboriginal people talk about the spirit in the land and I feel humbled that this is somehow portrayed through this work.”

In what always seemed a fait accompli, Melbourne’s RCM Collective received the Kids’ Choice Prize for their giant, functioning spray bottles which have delighted audiences on Tamarama Beach these past 18 days. One member of the collective, artist Megan Hales, was on hand to accept the award for the sculpture which also received the Andrea Stretton Memorial Invitation of $5,000 to exhibit at Sculpture by the Sea, Cottesloe in 2016. 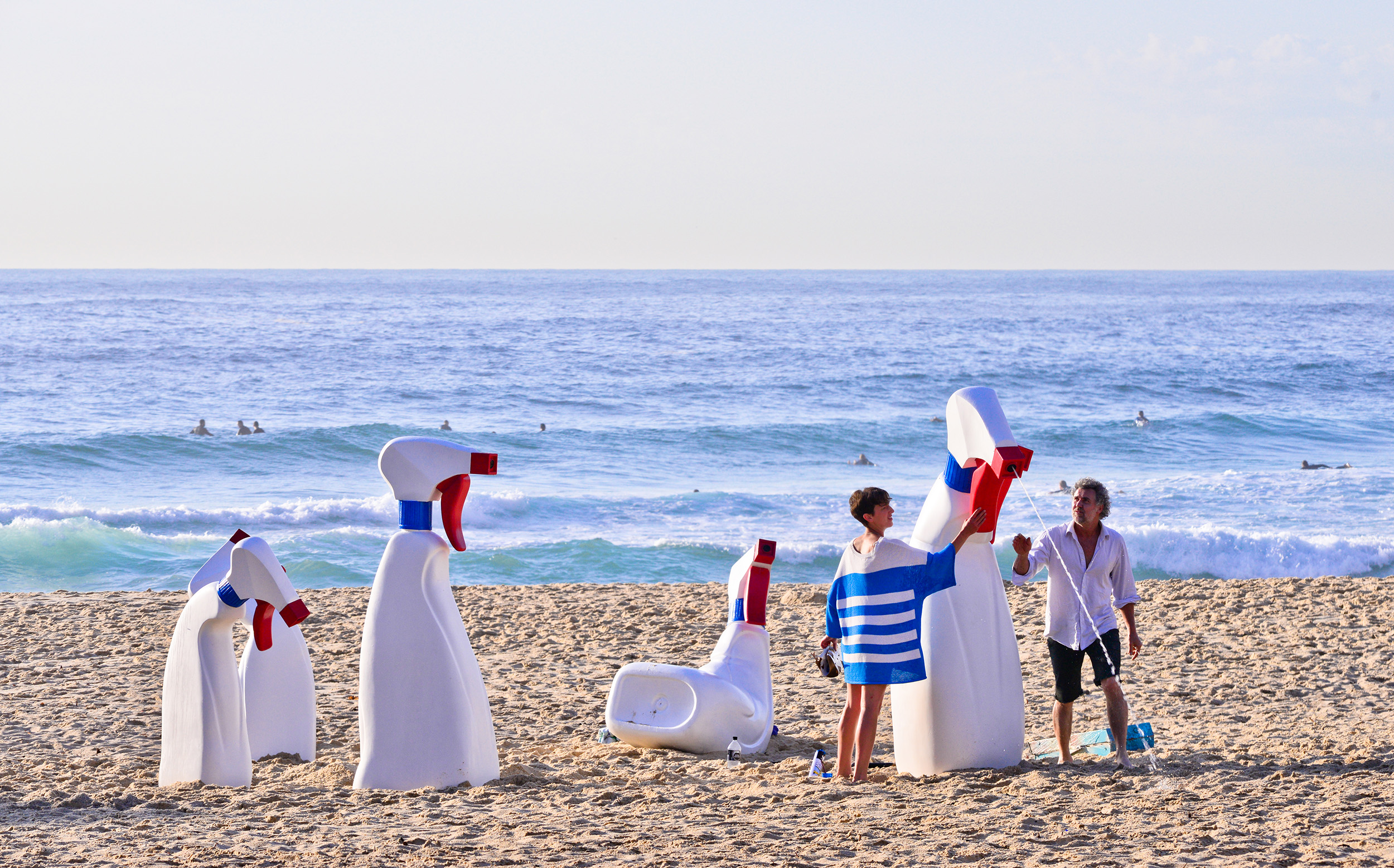 Founding Director, David Handley said, “Thank you to each of the artists and to everyone who visited Sculpture by the Sea.  It has been a wonderful year for the exhibition which we have greatly enjoyed staging despite the rain. However, we can’t complain as there are a lot of farmers who needed the rain more than we didn’t and over 400,000 people will have visited the exhibition.” 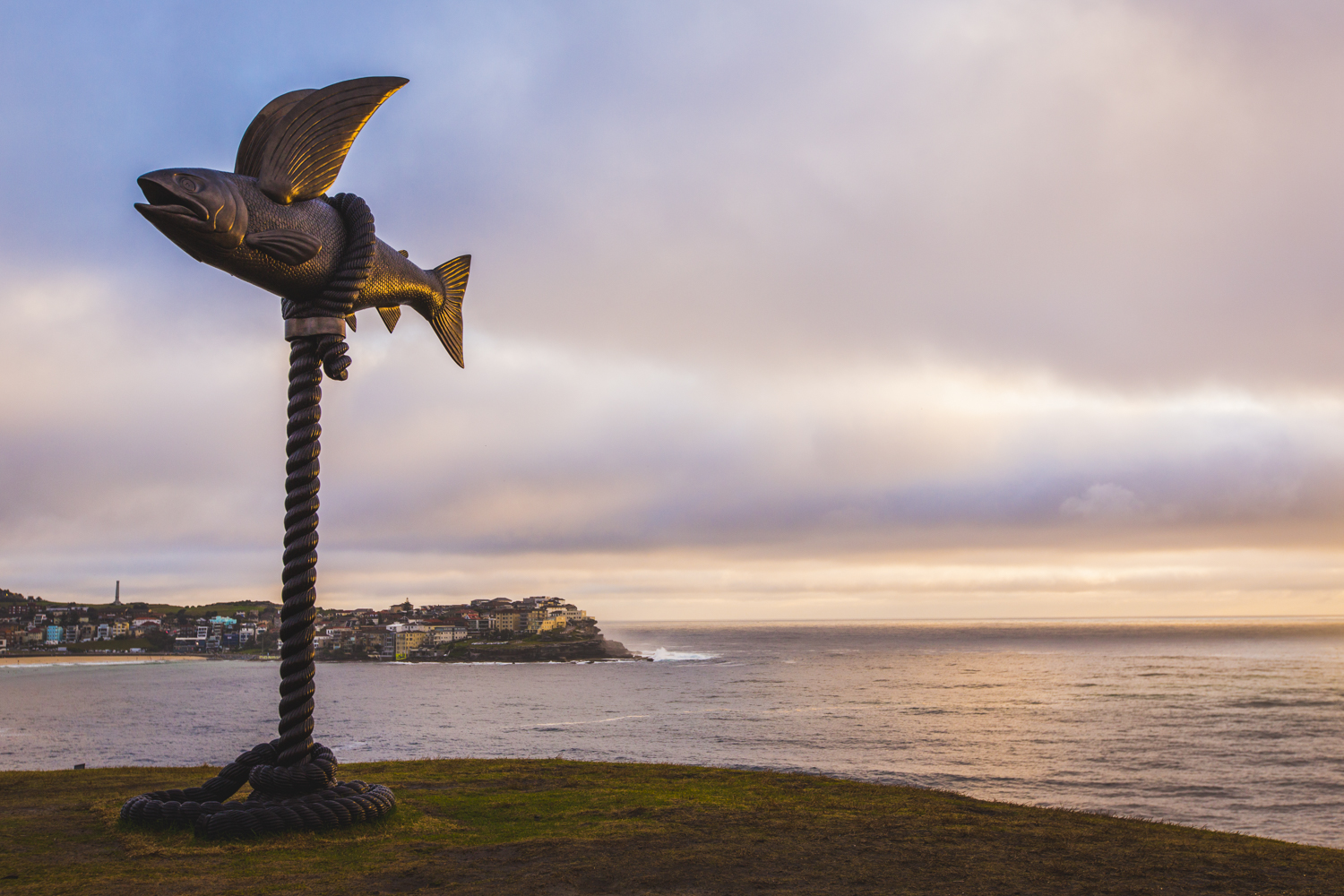 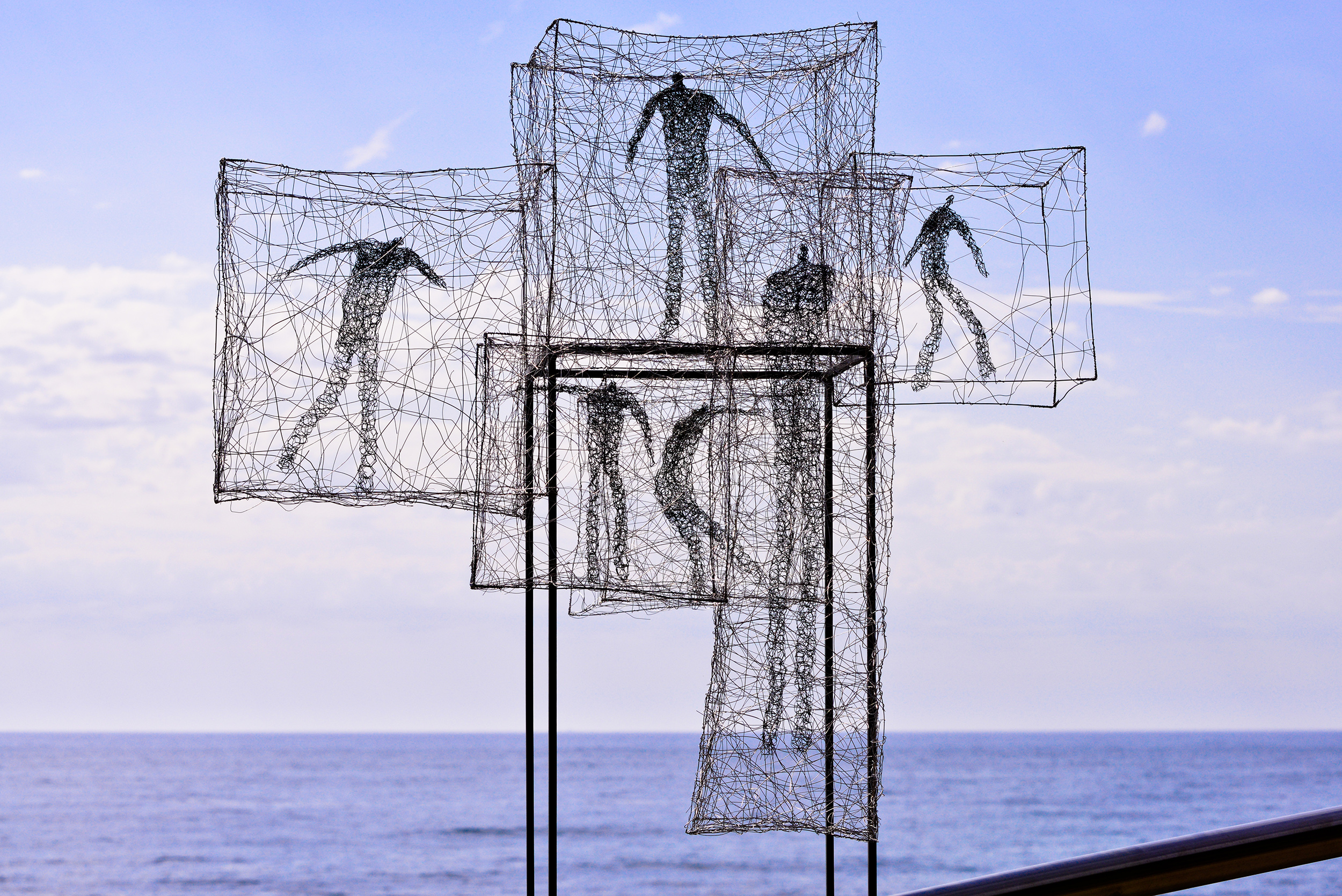 Due to the inclement weather, Waverley Council gave Sculpture by the Sea organisers the nod to extend their season for an extra day. 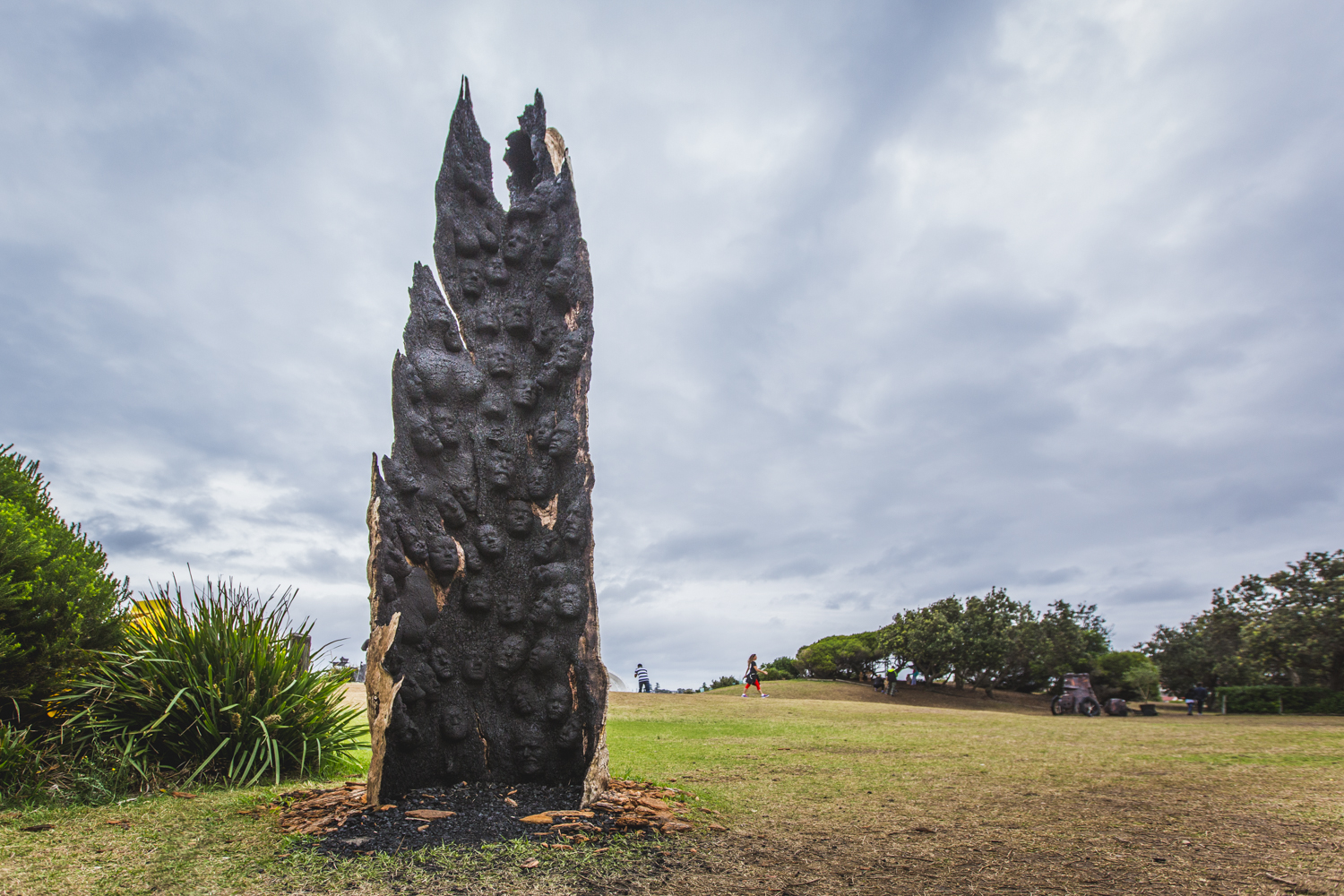