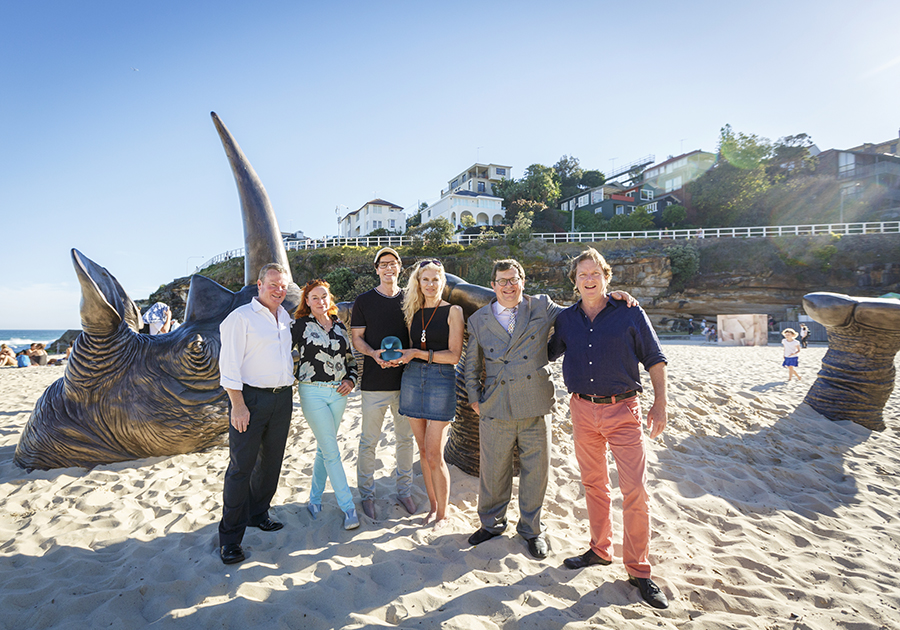 Congratulations to Gillie & Marc Schattner for ‘Buried Rhino’, the Sculpture by the Sea, Bondi 2016 recipients of the $5,000 Allen’s People’s Choice Award and $3,000 Kids’ Choice Award supported by Rebel Penfold-Russell OAM. This sculpture of a rhino buried in the sand of Tamarama Beach (whose belly children loved climbing over) raises awareness of the plight of these beautiful, vulnerable creatures who are threatened by poaching. ‘Buried Rhino’ has been getting media across the world, in particular in South Africa where it was on the front page of the Cape Times in Cape Town.  Many thanks to Dinosaur Designs for the creation and donation of all of our Sculpture by the Sea artist award trophies. Read more.