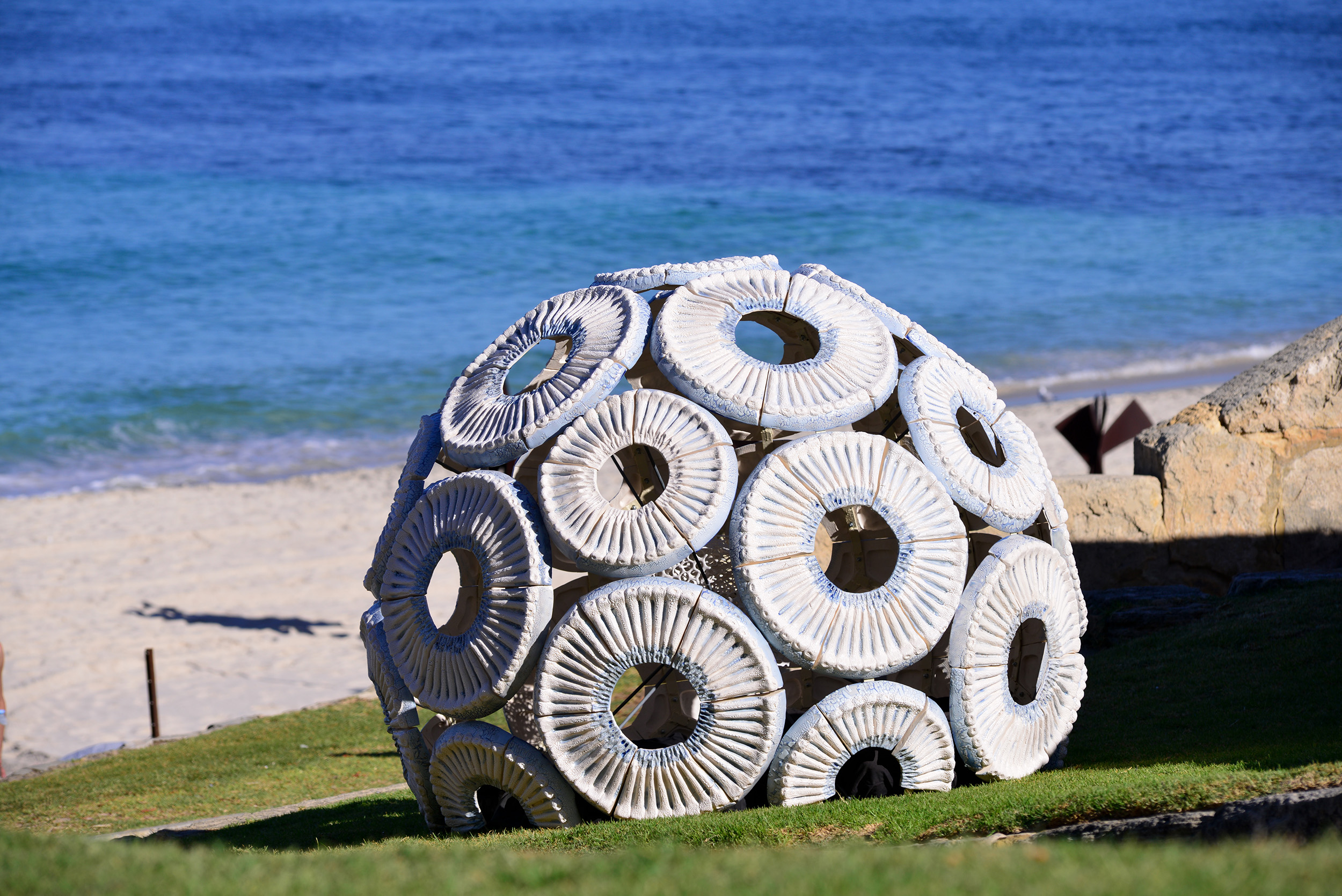 Earlier this week, on March 8, International Women’s Day celebrated the social, economic, cultural and political achievements of women around the world.  It does, however, have as its 2016 campaign theme Pledge for Parity, in response to the slowing of gender parity in so many places.

Sculpture by the Sea recognises and congratulates the women displaying their work in our current exhibition. Almost half of the sculptures produced for the Cottesloe 2016 show are by women,  from all over the globe.  Your works inspire and challenge us and for that we thank you.