Fitzhugh Karol’s Freight Journey from the USA to Cottesloe 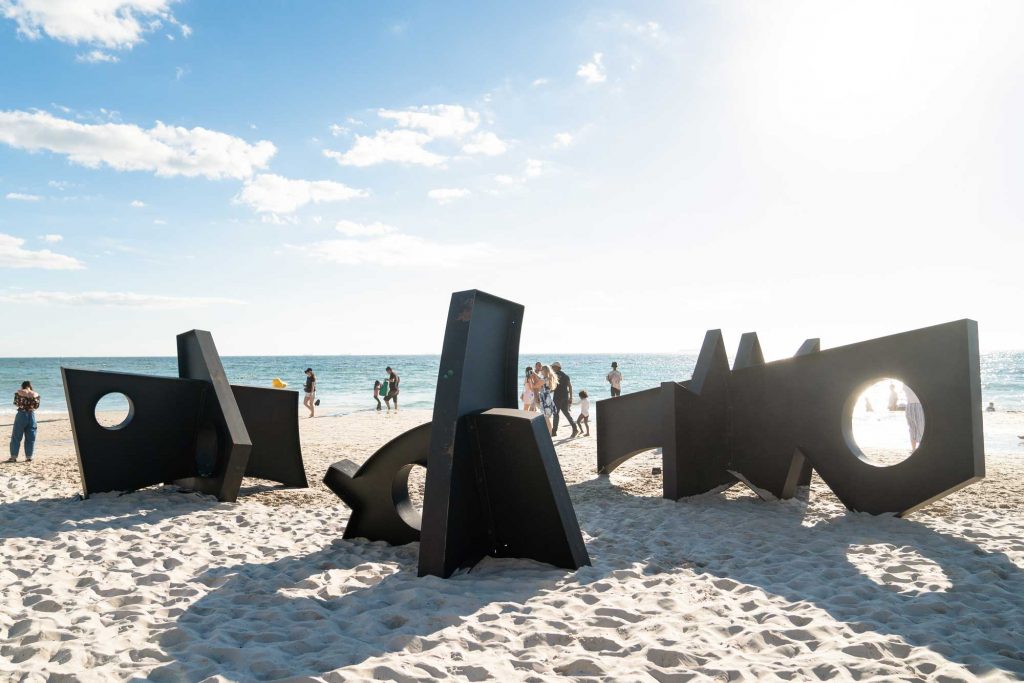 The journey of leading American artist Fitzhugh Karol’s sculpture from New York to Cottesloe is one of the best laid plans nearly coming to grief due to impact of Covid on international freight.

He is now enthusiastically following the show online with excitement, writing to say, “I find it a privilege to be exhibiting, while I wish I could be there myself it seems the energy surrounding the show is palpable even 11,671 miles away. It’s quite apparent how special this show is within the Perth community. I’ve been enjoying the camaraderie with your exceptional team and now with other artists remotely via social media.”

“The shipping was a task indeed, all things considered, it was quite exciting the way things ended up, arriving just in time. “Burn the pedestal” we used to call it in ceramics while the work is still hot from the kiln!”

After departure from New York Port was delayed by two weeks until New Year’s Eve as planned Karol’s shipping container passed through the Suez Canal on 22 January, with an original estimated time of arrival to Fremantle 5 February. The container however didn’t arrive in Singapore until 7 February, where it then sat for 3 weeks and the best estimate was it would arrive one week after the exhibition opened.

Happily the ship heading south to Fremantle seemingly caught a wave and arrived a week earlier than estimated.  The vagaries of freight then benefited Karol. With more than a dozen ships anchored off the Fremantle Port coast waiting their turn at the docks, the ship with his sculpture was then waived to the top of the list and Karol then watched the ship finally come into Fremantle Port via Live Cam.

What a journey indeed!