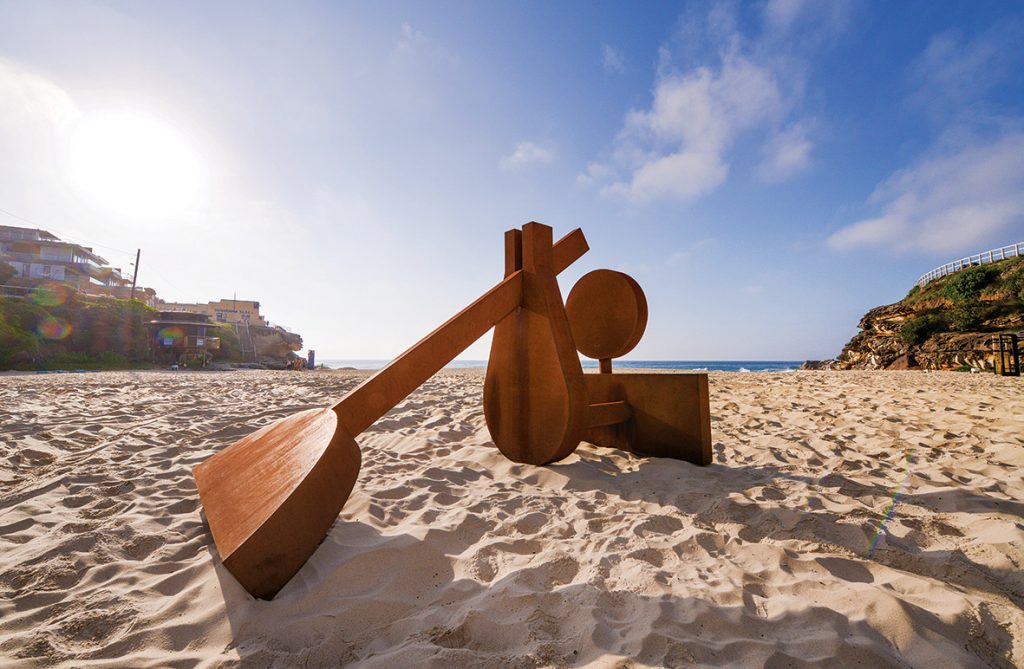 The acquisitive award is the most generous sculpture award in the Southern Hemisphere and one of the most sought after in the world. The Sun Also Rises will be gifted by Aqualand for permanent public placement to North Sydney Council.

On receiving the award, Jones said: “I am totally stunned – though deeply honoured – to be the recipient of the Aqualand Sculpture Award which is so highly regarded by artists around the world. This is mainly due to two people – my dear wife, Pat – and David Handley. My peerless fabricator, Queenstown Engineering should also be mentioned. Without these three The Sun Also Rises would never have appeared above the horizon. Now, thanks to Jin Lin and all the staff of Aqualand the sculpture will have a permanent place in North Sydney.”

Said Jin Lin, Managing Director, Aqualand, “We are incredibly proud to support such an iconic event in Australian arts and culture and see great synergy between Aqualand and Sculpture by the Sea through the strong connection between creativity and engaged, vibrant and thriving communities. Aqualand is pleased to continue the tradition of donating the Aqualand Sculpture Award to one talented artist and on behalf of Aqualand I would like to congratulate Morgan Jones on his beautiful sculpture.”

Said Founding Director, David Handley AM, “It is wonderful to announce Morgan Jones has received the Aqualand Sculpture Award – the first artist from across the ditch to receive the major award at Sculpture by the Sea. Morgan is a very fine artist and an old world gentleman who deserves this recognition.”

As recipient of the Aqualand Sculpture Award, The Sun Also Rises will become part of North Sydney Council’s public sculpture collection, one of three that make up the Sydney Harbour Sculpture Collections, along with the Harbour Trust collection in Headland Park at Georges Heights, which includes the previous five recipients of the major award from Sculpture by the Sea, Bondi; and Transfield’s sculptures at Walsh Bay. Aqualand has now gifted four sculptures to two locations on the Harbour to be enjoyed by the people of Sydney and its visitors year-round.

Jilly Gibson, Mayor of North Sydney, said: “North Sydney is delighted to accept The Sun Also Rises. We will collaborate with Morgan Jones to identify the best site to showcase his magnificent sculpture. Thanks to Aqualand and the Lin family for their continuing generosity to the arts.”

Jones’ work was chosen by this year’s judging panel: