20 years of Sculpture by the Sea 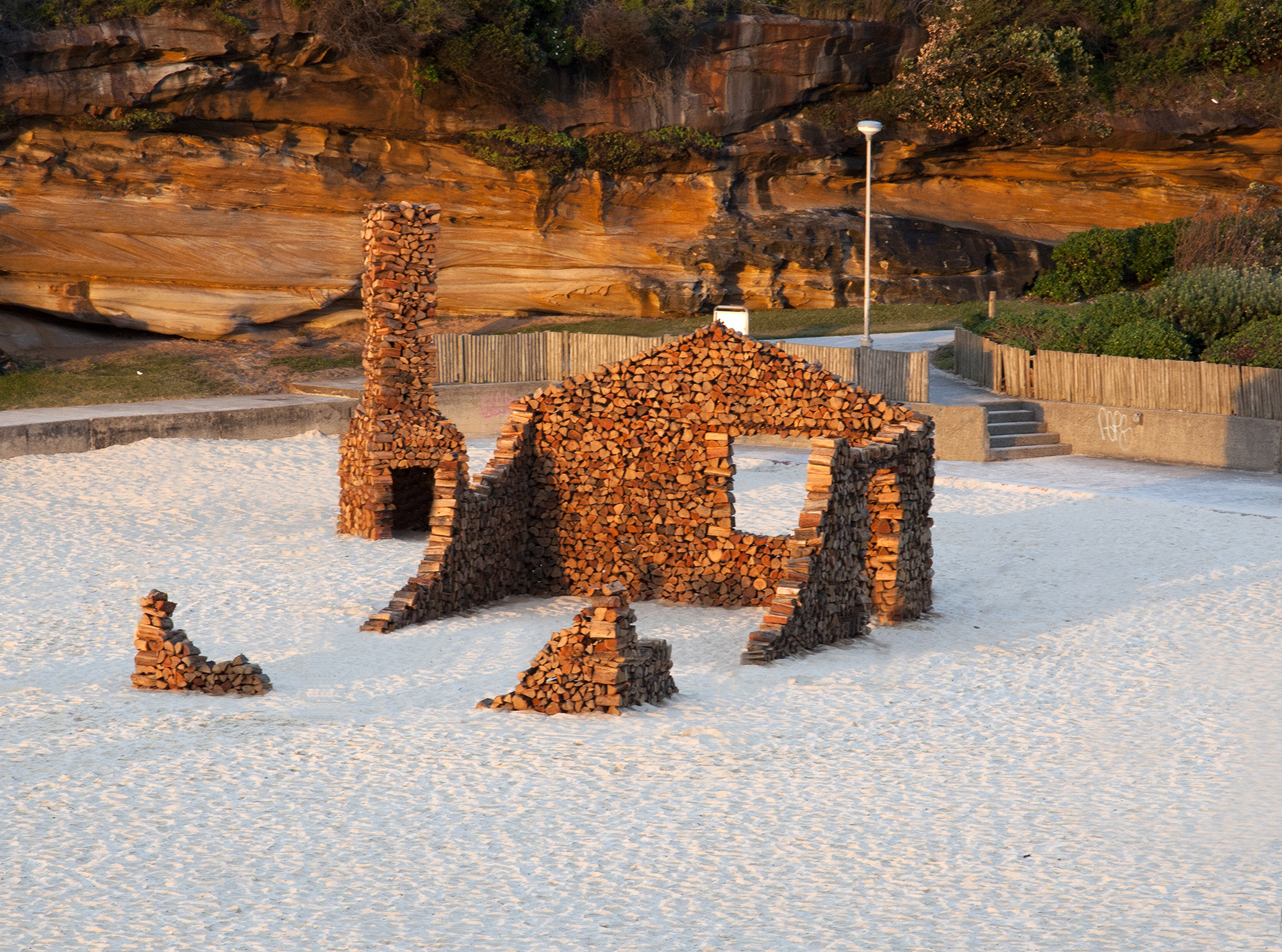 Geoffrey Edwards reflects on Sculpture by the Sea, Bondi and Cottesloe in the past 20 years.

“I don’t think there is a piece of solid sculpture among the exhibits, they are nearly all tenuous types of things.” A familiar refrain, perhaps, in the context of public reaction to much contemporary art including minimalist and post-minimalist sculpture, installation and performance art, sound sculpture, neon art or virtually any of the found-object, “earth art” or other fluid genres that are often, if awkwardly, bundled together under the heading of “sculpture”.

However, the opening quote is not recent but dates instead from the early 1950s when Hal Missingham, then Director of the Art Gallery of New South Wales, thus described an exhibition that was soon to open at the Gallery featuring work by a number of Australia’s younger modernist sculptors whose works were variously abstract, open or transparent in structure with some made of unorthodox materials. By alerting his prospective audience to expect exhibits that  were not smooth blocks of carved marble, or modelled figures cast in dark and lustrous bronze – in short, sculpture as the public had long known it – he sought to foster an appreciation of, or at least a willingness to consider experimental practices and ideas in art.

No small challenge in Australia at the time. After all, this was barely two decades after the famous and feted English sculptor, Jacob Epstein, had suffered the indignity in London of seeing his masterful stone bas-relief of a female nude representing William Henry Hudson’s fictional character, Rima the bird-girl, dubbed the Hyde Park Atrocity as if it were an unspeakable crime of violence. There are shades here (but minus the emotive element of nudity and plus the daunting element of geometry) of the well-known 1978 controversy when Ron Robertson-Swann’s now-revered monumental abstract steel sculpture, commissioned for a new city square in Melbourne, was dubbed The Yellow Peril by a hostile press. While it is unwise to draw too many parallels between the two examples cited here, it is almost as if contemporaneity itself was the chief cause of the effrontery felt by those hostile to the works and their visual, spatial and moral “imposition” on the public realm.

Looking back now at both Rima and Vault (as Robertson-Swann’s sculpture is titled), and other controversial public commissions like them, it is difficult to fathom the opprobrium leveled against the works, the commissioning bodies and perhaps even the artists and their public advocates. But that being said, the challenge clearly remains today to find the means to capture the imagination and foster the sympathy of a wider and general audience for contemporary art in general and contemporary sculpture in particular. And l suggest that in Australia, principally in Bondi and Cottesloe where it is a well-established, dynamic and evolving presence, Sculpture by the Sea has taken up this combined entrepreneurial and educational gauntlet with a vengeance and with great success over the twenty years that these spectacular outdoor exhibitions have been prominent features of the national arts calendar.

In an essay in the publication Sculpture by the Sea, the first fifteen years 1997 – 2011, the art historian and critic, John McDonald, refers to the exhibition’s capacity and indeed its intention to straddle the divide between the popular and the serious, between entertainment and earnest experiment, between works conceived and made expressly for the waterfront and adjoining parkland sites and others that are brought, ready-made, in from studios and afforded an exhilarating al fresco exposure for the duration of the event.

Such is the benefit of this cultural enterprise to the artists, to prospective collectors and above all, perhaps, to the thousands of visitors who regularly trek along the winding paths on the cliffs and across the sands at Bondi and Tamarama, and the gracefully treed promenade above Cottesloe beach, to ponder, to discuss, to shriek in glee, to photograph and be photographed standing next to the inevitably heterogeneous but invariably bracing annual selections of works, some of which, to reprise Missingham’s phrase, fall squarely into the category of ‘solid sculpture’ while others, admirable in different ways, clearly fit the bill as ‘tenuous types of things’ and this is said here with the appreciation and approval that Missingham originally intended.

It is probably fair to say of the exhibition, that perhaps more so than established sculpture parks, more so than other recurrent outdoor exhibitions and more than any civic program of public commissions, Sculpture by the Sea has successfully enlisted and enthralled audiences – well beyond a small circle of cognoscenti – for the complicated and often contentious art of sculpture.